On Beach Bars and Pirate Dives

These outposts are dotted all along the coast in this nation; perhaps they exist in all over the world wherever water meets land. These are institutions, they form a network of safe houses, at least for a certain sort of person who need creep about at late hours and for no good reason and up to specious errands of an unknown nature. This establishment is the beach bar.  A special place where locals establish their localness, where drunks of all stripes collect and churn away the hours, and many spheres and bubbles comingle from the end-enders to the globetrotters.

The beach bar is ubiquitous in many ocean communities of a certain size. Get too large, invent a city such as the size of New York, Boston, or Miami, and there may be establishments located on or close to the water that serves food and overpriced drinks, but these are rarely beach bars. To be a beach bar, there must be a few other elements than mere location just outside or perhaps hovering above waters dank and dark and sand or long shores of rock, sand and trash.  This set of circumstances are perhaps more a matter of expanded taste than a scientific formula. 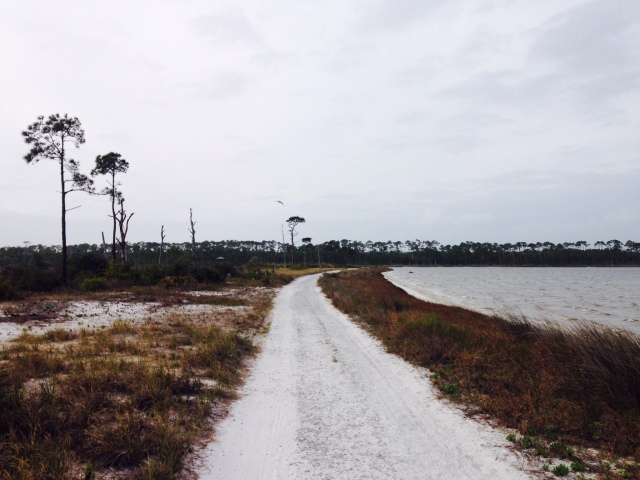 To be a beach bar, there has to be a certain isolated quality to the location. The bar perhaps is located next to a dock next to a smelly shrimp factory. While close to a splendid beach, the bar exists on the dire edge of that more popular location or is hiding in plain sight in some unassuming building. Some ground rules. There should be specials that run all day, but this is not a require some menu item that is proclaimed as a “local favorite” and contains hot dog parts, a type of crab or fish that is “not currently offered,” or floats booze in a way that is only attractive after one has had a little too much booze already. To be a proper beach bar, one must be able to become be a regular once must just show up a few times before the staff knows at least your name and primary drink of occupation, but you will never be more ordinary or local than the (typically men) who have been there for decades before you arrived at the bar or were even born. 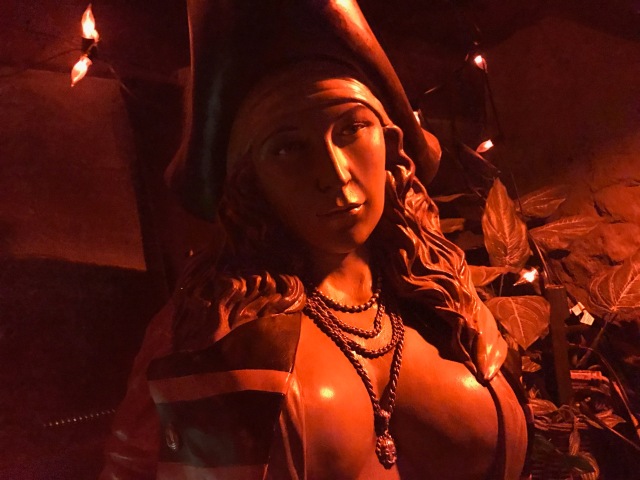 Beach bars are not always themed as Caribbean or vaguely Mexican, but more often than not they are. Some of this is understandable since leftover swag from Captain Morgan’s is easy to come by. It seems that unscientifically at least, from Maine on down to Port Aransas, beach bars are decorated with parrots, coconut heads, some sort of pirate images, and Tiki kitsch that surfboard with a shark bite out of it. These are leftover corporate junk, the sort that many villages in the [developing world] are constructed from. Shacks and shanties are cobbled together from Pepsi and/or Coke signs so why shouldn’t beach bars be assembled from 1998 Corona Cinco d Mayo promotionals, Bud Lite NASCAR dude cutout or a woman with a printed autograph you have never heard of. Then there are the collection of artifacts behind the bar. Funny signs that promote alcoholism, jokes that were funny on a Tuesday of March a number of years ago, photos of fish, a woman or two, men with a ball from some sport who may have been playing together, or some kind of button proclaiming “kiss me I’m [something].”
My favorite beach bar is not on a beach. It’s upstate New York just off the Hudson River up the Catskill Creek just before the abandoned trolley bridge locals call the Black Bridge. The bar is in the basement of a house that dates back to the early 1700s and was the site of a president’s marriage (Van Buren), the inventor of the Uncle Sam character, and perhaps more notability, a hide out for Captain Kidd. 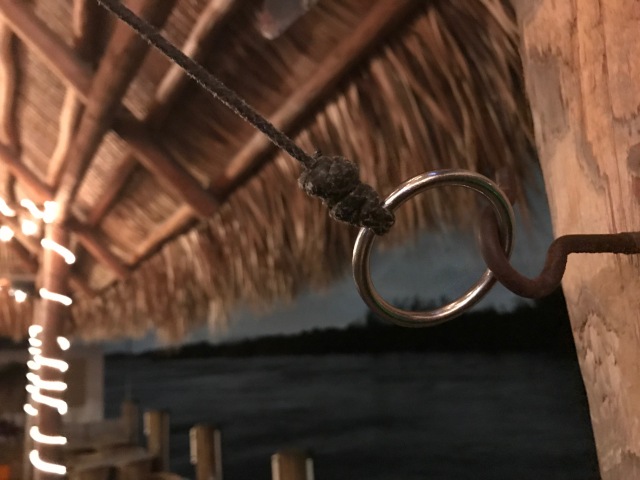 Apparently, when Captain Kidd rode the oceans, he would head up to Hudson, New York to have the ship cleaned and refitted. Back then, Hudson was as far up the river as an ocean-going vessel could go. It was also the center for the whaling industry which may seem strange since it is about one hundred miles away from the ocean, however, when one travels thousands of miles in search of booty, a few more miles to a safe harbor isn’t much of a stretch. 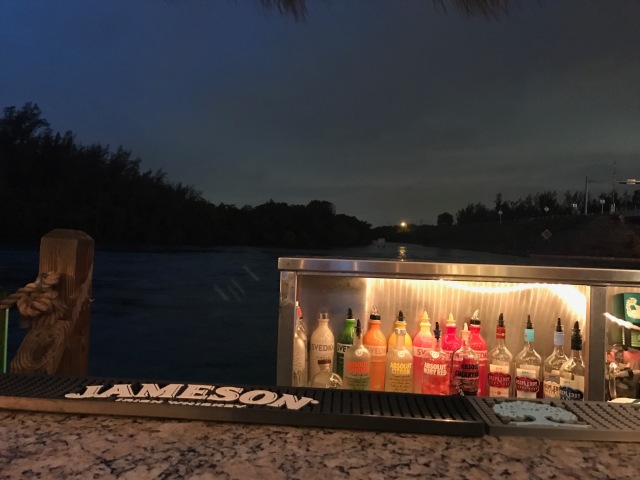 However, the hideout is not in Hudson, NY but across the river a few more miles since I would guess that having a pirate ship in the dock would be a giveaway that one was in town, so the good captain is alleged to have gone across the river to rest his head and what I assume was prepare pirate plans or play his taxes or whatever pirates did back then since I can only assume the rum-soaked adventures of Pirate of the Caribbean (TM) can only be a fraud if not slightly exaggerated. Today the bar is called Captain Kidd’s. Locals refer to it as the Pirate Bar for the historical reference and that the bar is decorated with many life-sized fiberglass pirate statues that used to decorate a now defunct theme park. The bar has been there for years and is the key business of the owner after the strip club he owned burned down, and the county didn’t let him rebuild it having passed a law by unanimous agreement by the Village Fathers against adult entertainment. The bar is in the basement of the house, in what had once been the kitchen. The brick fireplace is there and other than the dive bar being in place, one would think it was a museum. Other than the pirate decor, the booze, and the regulars. The Pirate Bar is a center for the community. Although a community of a certain type. The bar serves as the one spot that people of all walks of life from official to the unofficial economy collect. There have been many rumors that the bar is a front to this or that sort of activity, but after it was flooded by a hurricane and rebuilt, the illegal activities have seemed to subside, at least in the popular imagination. Outside there is a small hut that serves as a Tiki bar, an extension of the interior bar but usually it is closed since it is cold and rainy most of the year or the crowd of regulars is down the road at the riverside bar called unimaginatively enough, Creekside since it is on the side of the creek. 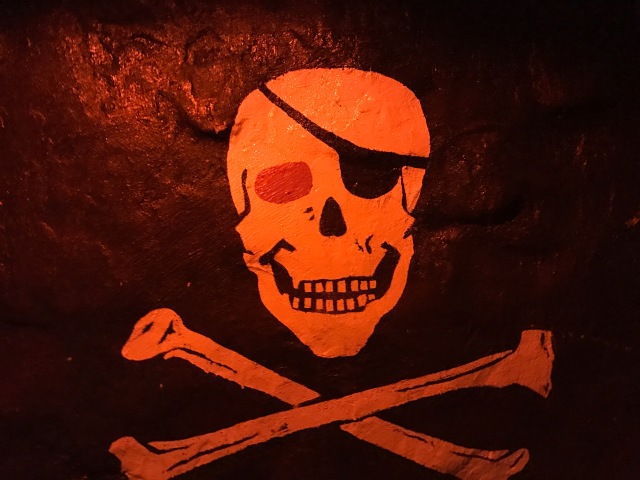 The bar in Florida didn’t have a backstory other than according to Dennis it was a gay bar back in the 1980s, and he knew since he had lived in Daina before the additional bridges had been built to connect the beach to the mainland. The bar had the typical hallmarks of a beach bar. The Bimini ring toss, the fake mounted shark head, the advertisements for Land Shark, Angry Orchard, and the few strange items that may have made sense at some point. The outside area is under a very professionally thatched roof making for a large grass hut. There were no pirate items, but the inter-coastal waterway was certainly busy with vessels of all sorts from the water taxi to private fishing boats to small skiffs and craft. Three cut diving tanks served as bells and for each boat that passed the bartender, or an older patron would give the bell a ring-a-ding-ring.
While nestled between the famous beach of Fort Lauderdale and that of Hollywood, the street was quiet as to the north was a chunk of Daina Beach that is today a state park and was at the residential end of Hollywood beach beyond where the boardwalk ends and the homeless shiftless of society do not venture since the succulent prey of tourists are not but in scant numbers.

In addition to Dennis, who was given to buying shots for small groups, was a few other older gentlemen who were not quite subtle as to their admiration of the breasts of the bartenders but seemed to be otherwise harmless considering the price of their bar tab they were running up each time I saw them, tolerated for their contribution to the overall success of the establishment. Having been in the northern part of Hollywood Beach for a number of days over the course of two months, my name became known, and I recognized some of the regulars who included young tattooed men as well as older well-dressed patrons. I am not sure this was a meeting place as the Pirate Bar since there was valet parking from Thursday on, but on weeknights, it seemed that it did have a recognizable community. 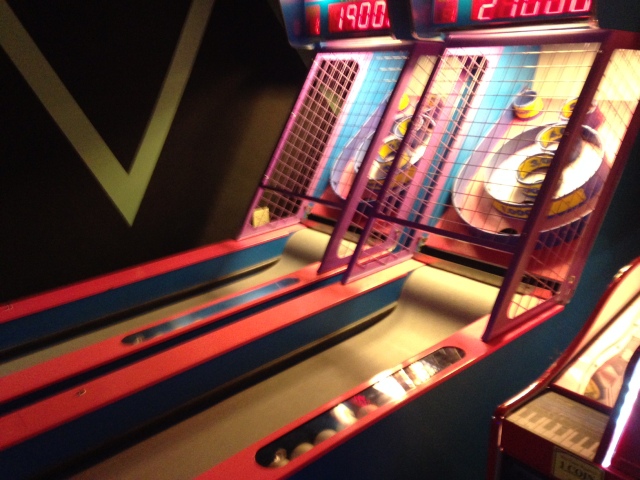 With the bar right on the water, the lights of the small dock lit up the water and showed off any number of fish. In addition, the western view provided a clear view of the setting sun as well as the flight path of the airplanes endlessly streaming in and out of the local airport. Storms came charging in from time-to-time, and for a moment one night, the staff had to scramble to lower flaps in order to prevent the rain that was blowing with great intensity to overwhelm the entire place. Other nights were calm and the sky clear, the wind calm, and the mosquitoes thick and active.

There are many bars of a similar sort that are along the coast and that provide an authentic crossover between different sorts of life. These are hard to fake, and certainly, while corporate promotional items are ubiquitous, there isn’t the atmosphere of a Bubba Gumps, Bonefish Grill, or Legal Seafood. I have now a map of these spots in my charts. When needed, I will guide myself there as I also slowly age into one of those barnacles that tend a local spot, albeit my local stretches over a few thousand miles and sit for a while soaking in gin and tall tales and stories. 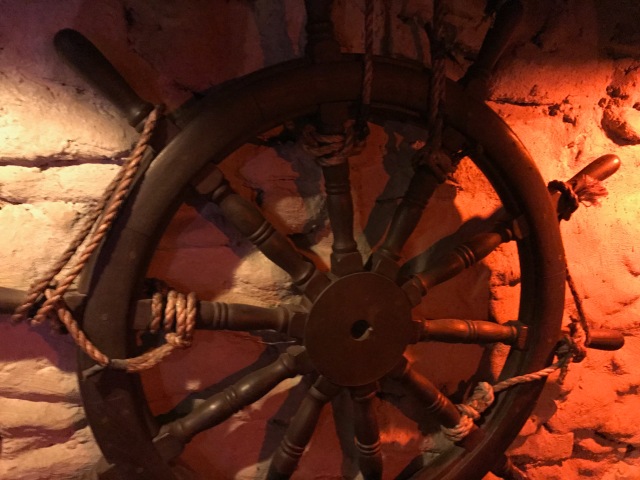