The primary governing city of each state is often a hollow doldrum of a village where sallow office workers bake under the energy saving bulbs like so many sweating french fries spinning endlessly under a truck stop gas station heat lamp.  These are our state capitals, and our great nation has 50 or so of them depending on whether one counts the insular areas of our blithe and humble nation.  Many of these cities were the commercial center of their respective states and were selected for that reason, while others were created solely for the administration of governance and are located in non-traditional areas away from the river junctions, ports, and other geographical features associated with hominoid habitation. 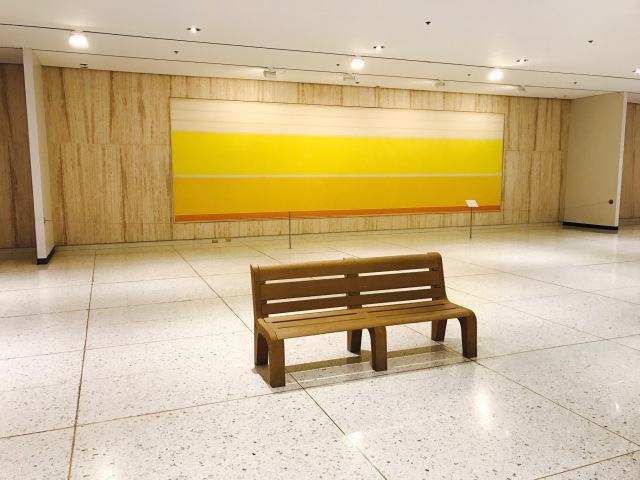 Albany, New York is a hybrid of the two in that it served as a port along the river, a stop on the canal system, a hub for the railroad, and a center of drug distribution for New York to Montreal, Buffalo to Boston.  Plopped in the middle of this now-rotting urban area of Lovecraftian situations and rambling unemployed Martense Family descendants sits the state capital buildings.  The grand building just outside the walls, is the old capital; a Romanesque Revival-Neo-Renaissance-wedding cake lovechild of Chazy limestone and terra-cotta slowly edging down the hill crushing under both its actual and metaphorical weight.  Within the walls of the fortress stands the Empire State Plaza, a series of buildings that form the set for whatever dystopian science fiction oh-the-Axis-powers-totally-won-and-then-this-happened except that this is a real place and perhaps proof that science fiction is not so strange and in the long run, surely the fascists and National Socialists won that Second War to End All Second Wars. 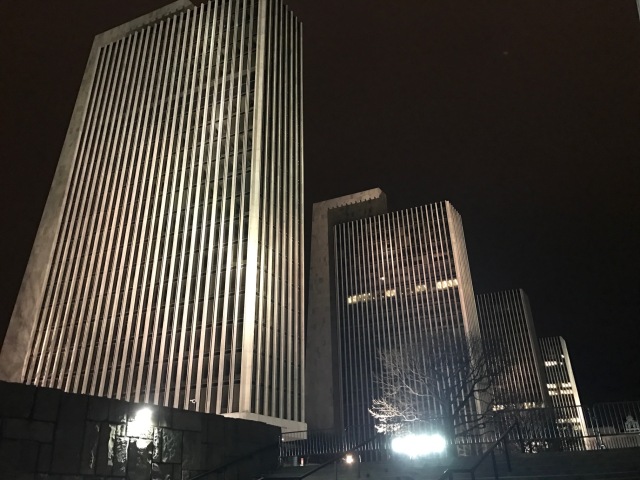 I have a few personal memories of the Governor Nelson A. Rockefeller Empire State Plaza (GNARESP), also known as the Empire State Plaza (ESP), AKA Thatfuckingplace (TFP).  When I was young, my parent would take us to the museums there as they were free.  I remember seeing a section of a tree that grew from before Christ was born to about several decades before my birth when the thing was chopped down to make way for a deforested patch of land.  I also remember a film about logging where men walked on logs going down a swift river, and I wondered if when I grew up if I would have to do anything that dangerous for work.  I wish I recalled more, but the interior of the structures are designed to meld together.  To be as memorable as an airport, as unique as the mall you grew up hanging out at which could be everywhere and anywhere. 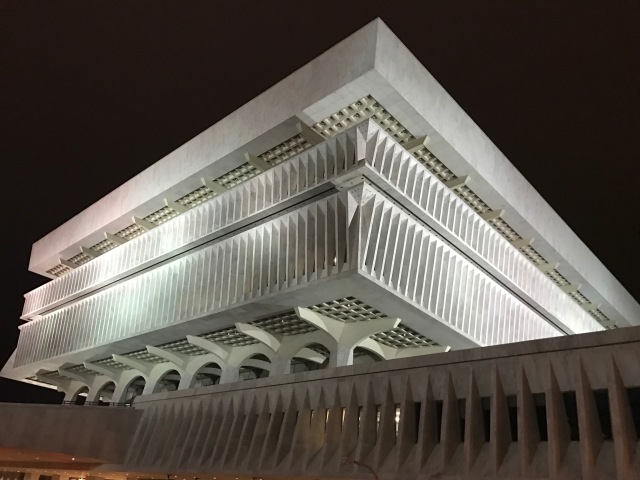 The ESP was built during the historical period where the Great American Cities were dying.  Governor Nelson A. Rockefeller wanted to build a city on the hill.  In order to do that he had to evict over 7,000 citizens from an already economically precariously and socially tenuous downtown.  Like a spike in the old heart, it did the trick to kill whatever activity was downtown.  However, the city on the hill didn’t care since progress waits for no human.  Rockefeller hired his pal, Wallace Kirkman Harrison, to finish the design he started on a cocktail napkin.  I can only assume the theater in this complex, known as “The Egg,” was first a spot of drool induced by too many Old Fashioned on his private jet or perhaps lipstick blotted off of a pig and then was incorporated into the overall vision. 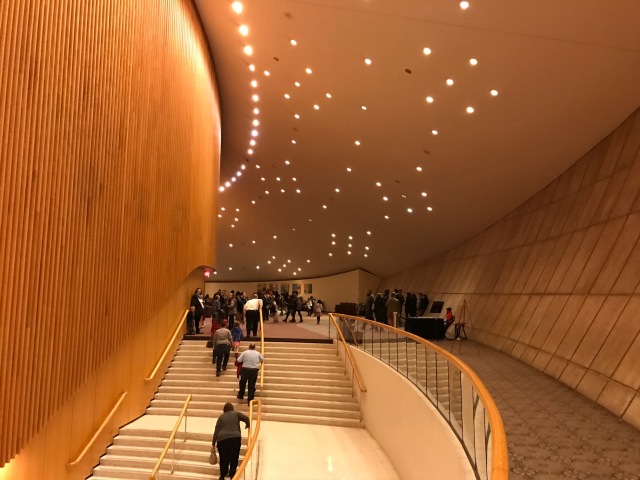 Mr. Harrison, a native of Worcester, subscribed to the same wan optimism of theory and misanthropic narcissism as did his colleagues.  Mr. Harrison had many influences.  He associated with every architectural criminal from Herr Robert Moses to The Le Corbusier and perhaps the Albany Project was a great testament to their influence, push out the poor and “urban,” redesign a rational city of cement and glass, and sit back and watch the rest of the world burn … or whatever the third step was if there indeed was even a third step in this process.  When the cement cooled, the stones dried out, the flags were set, the city was born again, the Urban was Renewed, and plenty of highways allowed the workers and officials the ability to avoid Albany and whisk away to their country estates in Guilderland, Colonie, or Voorheesville. 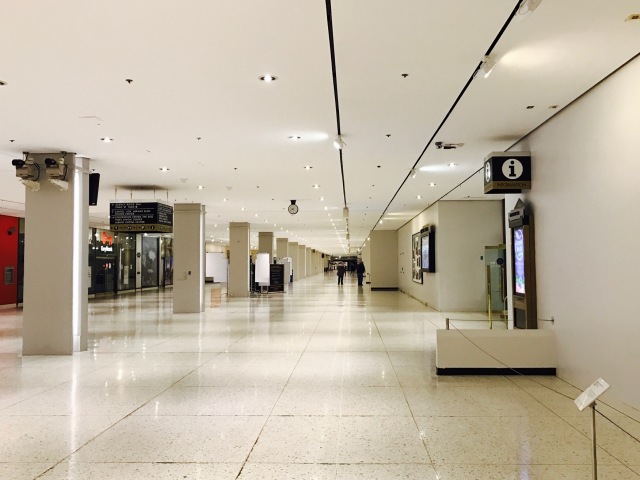 The ordinary reader who hails from districts far afield from the Tri-State should know some things about Albany.  It is cold and gray for much of the year when it is not baking and brutal.  When one takes into account that the influence on Sir Rockefeller for this pile were the grand structures and plazas of Brasilia, Versailles, and Chandigarh where the average temperature high is 81.194 Farenheight and low of 70.2 that Albany has a yearly average high of 57.8°F and low of  38.6°F the large open spaces give way to wind, rain, and clinical depression more than a gathering place for the unwashed masses.

Today, the Maul is something that generations have come to know as the central landmark and defining point of Albany as they whip about to avoid the city on their way to Lake George.  The GNARESP is a strange monument to our transformation of the city as it is not unique to Albany.  The generation of men who built and renewed the urban pushed away both the 19th century and pushed back against the coming age of modern America.  Some cities have since recovered, returned to their often chaotic melting pot and cultural status while others, such as Albany, languish in the wreckage of planned, rational progress and under the shadow of towers that could fly the flag of the United Nations, the European Union, or the SOVIET Union.  If you are ever driving by Albany, stop off and see the place.  You can park for cheap and return to the highway, never having touched a surface road. 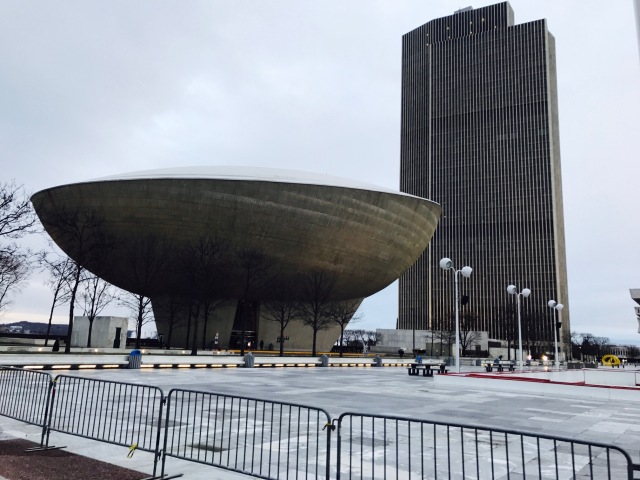