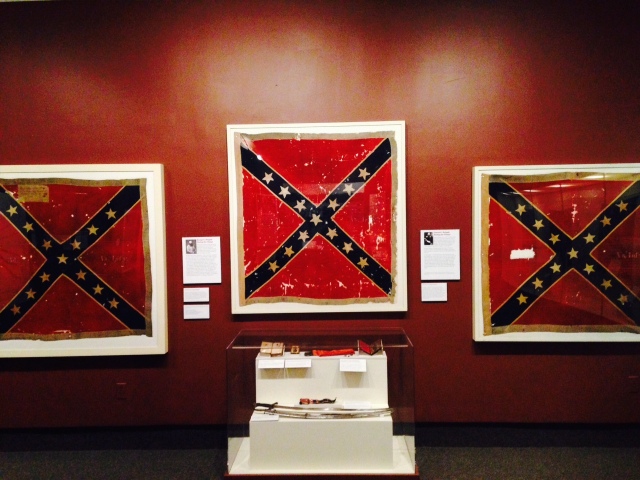 It is true. As an over-educated under paid Northeastern radical who like to type on the Internets, I had great expectations in my visit. I had high hopes. I wanted to catch something as ridiculous I could bray about. Something like the old museum of Religion of St Petersburg still housed in a church… A church given back to The Church and again active after 70-80 years. It was strange listening to The Liturgy being sung as the faithful wandered in and out as I examined the SOVIET exhibits showing how G/g/_/o/d/s/es/ess didn’t exist. The old museum in Sofia with the Stalin painting yet taken down. The museum of ethnic diversity close to wherever I was in central Russia. Or the bad museums of India that were state run and charged me at a different price because I was a foreigner. “How do you know I’m a foreigner,” I yelled at the manager. You did not ask me for a government ID? You speak English just like me.  Isn’t this a democracy? 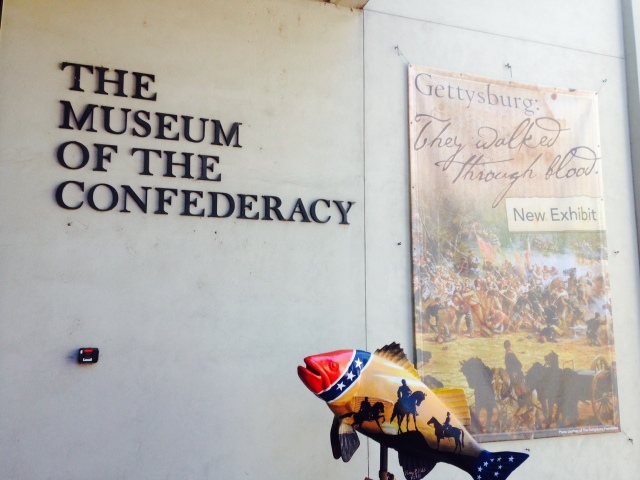 Tienanmen Square, the old center of the revolution against Mao and the current fascist regime had every part replaced. Exactly. It was not “as if” nothing had happened. Officially. Nothing had happened.  Don’t ask.  Don’t ask your host family, don’t ask people at the hotel, don’t even ask AOL at the internet cafe (this was some time ago).
From ignorant museum interpretation in Morocco to just silly exhibits in Peru and those road side museums to this and that to the birthplace of Mary Baker Eddy, forever blazed into my mind from my parent searching for this, “fucking place” until we found it, in the driving rain finally found a “fucking tree, she was crapped out under a fucking tree?!” My parent was always one with words. 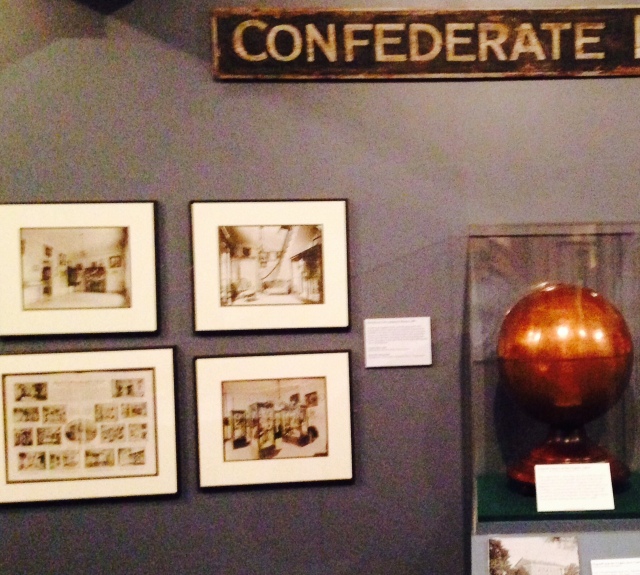 So there I was. At the Confederate Museum, in Richmond, the heart of the rebellion. I have been to Gettysburg and a few other sites of the Civil War but since their army never made it as far north as I had the money to travel (until lately), I have not really been to The Deep South. Most of what I know about the Civil War is from books, Ken Burns, and Gone With The Wind. Most of what I know about the Deep South is from that one black and white photograph of the German Shepard held by the police trying to bite a black man. And the song Fat Bottom Girls.  I don’t have many southern friends. My family that moved down there never talks to us. The South may as well be a foreign country. Same as when I visited Russia. People’s Republic of China. &c.. 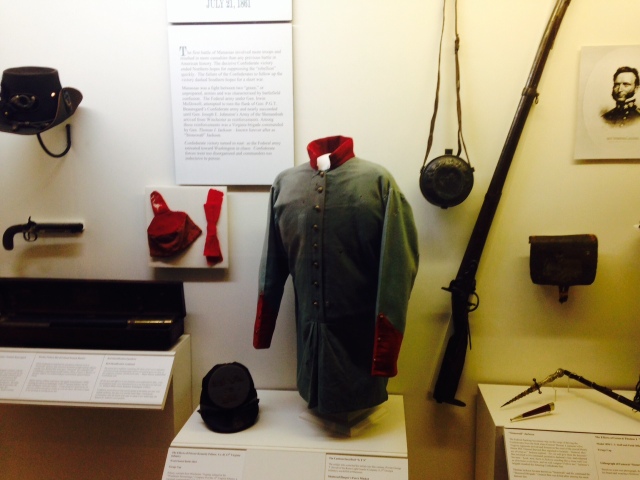 Sadly, I didn’t get my silly apologetic museum song and dance. I didn’t get signs or interpretation that was fit for clickbate, or good listicle fodder. Not even a funny Bookofface update status joke Instagrammy thing where I would be like, lookitthesepeople n how backwards they are. The museum focused on the experience of the rebels. The army divisions, and the horror our police state unloaded on those said rebels. Slavery was a horrible institution. But so was sending hundreds of thousands of immigrants (mostly from Ireland thanks to the famine the British had orchestrated) to their death to ensure The South would remain a colonial state beholden to the textile mills of Lowell, Laurence, and the factories of Brooklyn where growing numbers of “workers” swelled the ranks, disposable and expendable. Lincoln did not enter the war to free enslaved people. Radical Republicans  (those used to be the ‘good guys’) were a bother and dragged him to that side. Abolitionists were a pain in he asshole. But, that cause rallied the day and galvanized the North. 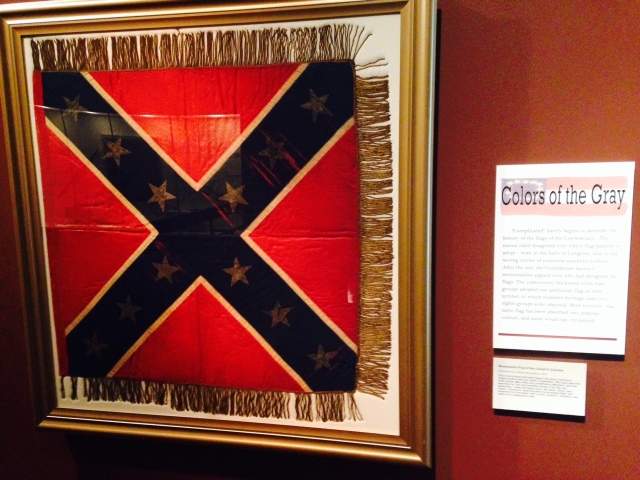 History is complex. Imagine your own life. All the dumb things that made sense at the time. It is the victor that writes the simple story. The easy to remember story.  We used to have an easy story.  The North fought the South to free the Slaves.  No more.  The “the north came into the civil war for economic reasons and then used slavery as a propaganda rallying point” is now taught in most advanced (read private $30k a semester USD) universities. I first read that version of history in a translated issue of Signal. A German National Socialist People’s Party (Nazi) publication from 1932 (maybe 1936 as I gave it to my professor for her to use with German history students). I am not sure how we have even replaced our Northern Romantic version of the “we freed the slaves” with something taught by Nazis… In 1932.  Or 1936 since I gave the book to my profession and don’t remember the date.  This is why I would have made a bad historian.
Upstairs in the museum was a history of the flag we are talking about. This flag wasn’t the national flag of the Confederate states but a battle flag. The thing you run to when everyone you know is dead and you just fired your last round and in the smoke and the cries and the quick and the dead, you run for your life toward.  The exhibit carried that story from pieces of surviving battle flag though how it became a symbol of hate and part of segregationist propaganda, use in a growing popular culture, and how it occupies a strange position in our culture, having for many taken on a new meaning while for some it has become THE symbol of everything wrong in this nation. 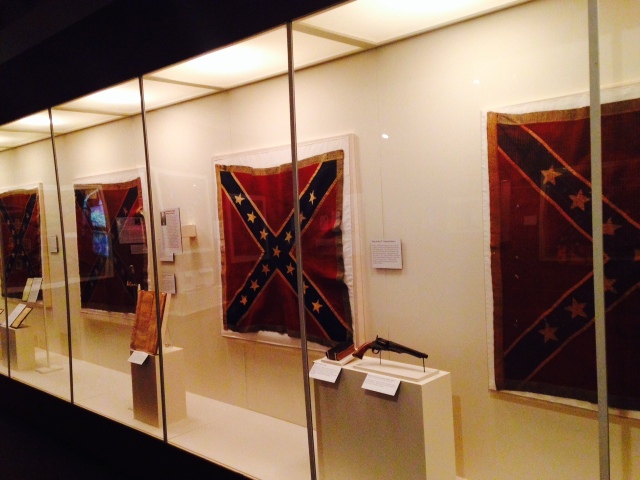 I left the museum disappointed. I left it without some “got ya” moment. I thought of two stories.
When I was a kid a neighbor had a friend over and as they were drinking this friend started to tell me about the battlefield. You know, those movies are crap. People didn’t just get shot, hold their sides and die… He looked off, full of pain. Do you know what a man’s guts smell like when they’ve been blown out of him. “Enough, enough Karl, he’s just a kid” Mr. Bloom told him. The man had fought in the German Army. Perhaps 16 or 17 years old. A gun and a need to run to safety, even if that was a rallying point we, the children of The Googles, would fear and be offended, and take down.  That Nazi battle flag, that was his safe colour.  It is hard to reeducate someone who saw a flag as a lifeline home since trauma, whether gotten from a good or bad cause, is trauma, and has a lasting and complicated impact on someone’s life.

I was riding on a subway. Gotham. The melting pot. I was just back from The People’s Republic of China. I was proud that a kid from [redacted] that grew up in a household that barely had running water, where we often scrounged for food, a kid that had rarely worn shoes until going to work at 16, made it half way around the world. I had on the lapel of my blazer several buttons (was the style back then). Next to my Dump Reagan button was several Mao buttons from the Cultural Revolution. Harmless to wear. The elderly Asian couple sitting in font of me didn’t think so. They said nothing. But I saw something in their eyes. Terror. Flashbacks and what we now call PTSDs. I felt bad. I didn’t know. I mean I knew Mao was an asshole but… I just didn’t think that some people now in our nation came here because they fled terror, hunger, and oppression. And that smiling face on my lapel worn in irony was, in so many ways not just something people could post outrage of Facebooks, but something that awoke deep and primal fear.  Fight or flight… right there on the subway. 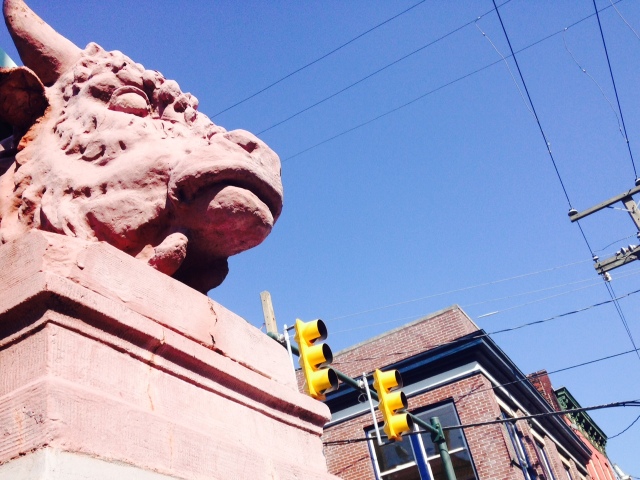 On the way out I stopped in the little gift store. A man in front of me wanted to talk to someone in charge.  I found my great grandfather’s grave. He had fallen in Bladensville. I want to make sure he has a veteran’s memorial at his headstone. The obliging and polite manager took his information in order to pass it on to the right people. The Sons of the Confederacy.
I walked up to the counter. I had the cheeper flag since why buy he cotton one? I was just looking for something ironic for my cabin… I needed something to sneer at with all my Northeastern/[other country] affiliations and education out the yin and yang.  But at that moment. In front of a real person with a real connection, a strong and emotional family connection to the Recent Unpleasantries/War of Northern Aggression/Civil War/ American Civil War who had found this lonely grave all weed choked and forlorn from some fuckteenth battle we have all but forgotten … I just sort of stood there… Thinking about what I wanted to get out of this visit and how I wasn’t given what I wanted… And I felt like a total asshole.  I bought the flag. But every time I look at it. I see that weed covered grave of a hundred thousand and not my ironic little joke.  I will try to end up on the right side of history, perhaps, in time, I won’t be seen as occupying that place and my image will be reviled and stepped upon. Depending on The Victor of some future war. 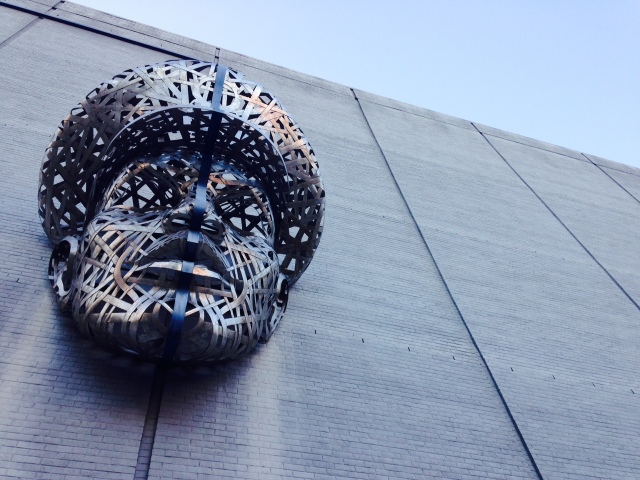 Editor’s Note: The visit to the museum was about a year ago or so.  Maybe 14 months.