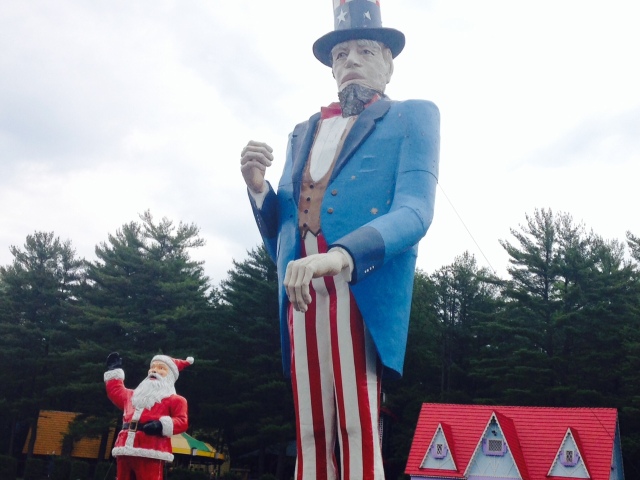 Somewhere in the middle of nowhere they built a fort. This marvelous fort was to play an not-so-important role in the French and Indian war.  Outside that there was a massacre by the native troops of about 69-1500 people depending on the source.  This was to leave a lasting impression on New England lore, but other than that one battle, the fort was used once and then torn down to remain a sand pit for some two hundred years before being revived in the 1950s and rebuilt, save that the reconstruction is roughly 8-10 feet over from the original fort’s location.

Everything in Lake George is an edifice of some dubious origin but for a Vacationland, this is to be expected.  The original Victorian era Fort William Henry Hotel, burned down long ago and by the 1920s Lake George was suffering the fate of so many Catskill Mountain Houses in that tastes and travel had changed and the implosion of the economy made sure that those still roving about would not be able to do so for a long time.  Victorian Lake George moldered and smoldered for a few decades until the 1950s when it was reinvented, this time not for the high end casino crowds – hard to imagine but there was once a marble and stucco casino on the lake – but as a strictly middle class strip of amusement, fresh air, and family fun.  The Northway brought a fresh new highway and large powered cars could  now be packed with all manner of crap, and the American Vacation was born. 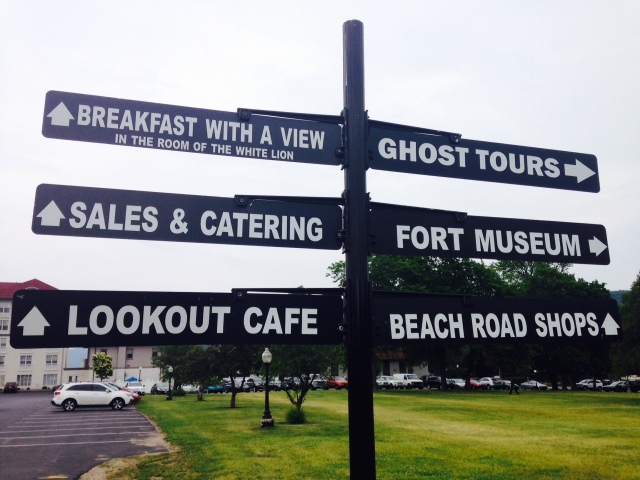 For some reason, this destination became the destination for Long Islanders.  The Hamptons were to fry fur and WASP-y, Montauk was still more known for the military bases and strange experiments out in the Pine Barrens.  The Joy-Zy Shore was accessible, but for a people so used to living on or close to the beach, the mountains and cold lakes inspired many a traffic jam of escaping blue collar folk taking their (then mandatory) two week vacation.  For those readers not familiar with Long Island, it is where the first tract home community was constructed and the first attempt by this Great Nation to build a Geography of Nowhere took place (some argue L.A.).  Long Island transformed in a decade from a sleepy extension of Old New England and a land of ducks, potatoes, and clams, to a wide and thin settlement melding villages, townships, and hamlets into one unending development.  Simple disposable and altogether similar homes, gardens, aspirations, schools and places of worship were built for the New American Century. 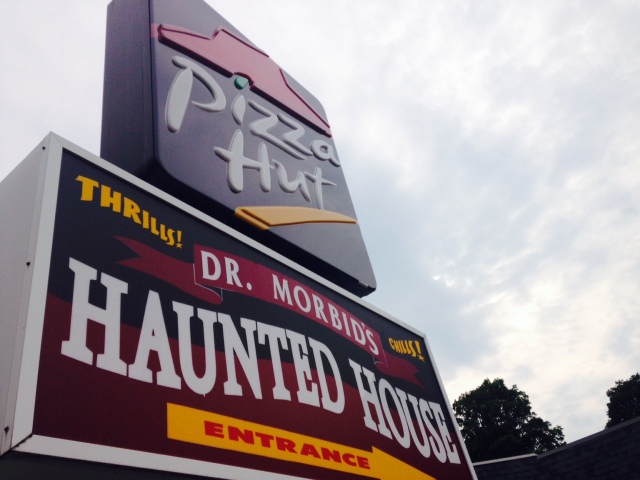 As an army of dads got larger and larger cars, there had to be some new place to drive them.  Inexplicably, this was Lake George since it would seem that so many other mountains were closer, however, this was the place to go.   By the time I was alive, parents of suburbia had memories of going to Lake George as children.  It was now time for us, children of the Baby Boomers to enjoy the sumptuous feast of life.  For us kids, in our station wagon that acted as our boat, we were in Lake George because our semi-nomadic family was commuting from Long Island to Montreal, strangely enough engaging in the trade and transportation network those French and Indians had fought and scalped and murdered to protect from the British.  The Lake George I knew as a child was deep in the forest. The kiddie rides of Storytown, Carson City,  and the Magic Forest, where apparently a horse has been diving into a pool for over 40 years, gave way to the Village of Lake George and all the excitement of childhood. 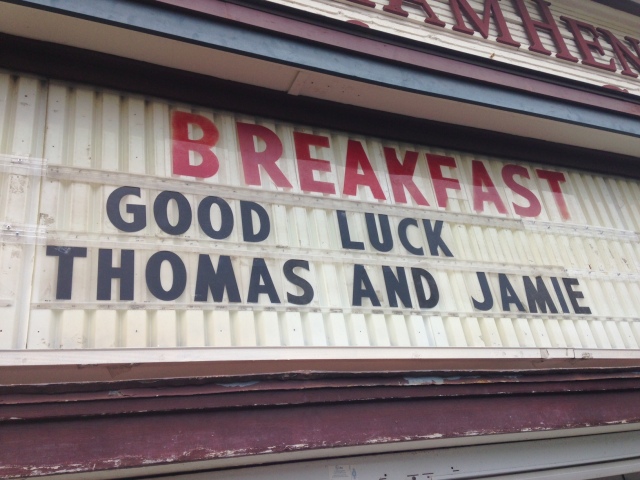 There were the hotels with their neon signs, there was Gaslight Village, a amusement park wedged between the reproduction Fort William Henry and the inexplicably placed Tiki Hotel, and the strip of candy makers, hot dog providers, and of course the additional attractions of arcades with various flashing lights and machines to rob you of your dimes (yup, this was a long-ass time ago).
The station wagon would crawl into the village as the traffic was always clogged on those sultry summer afternoons.  If we were lucky we would be parked on Beach Road.  No longer the location of casinos or grand hotels, it still was the docks for the Mini Ha Ha and Ticonderoga and other ships that took out their hourly excursions up and down the lake. 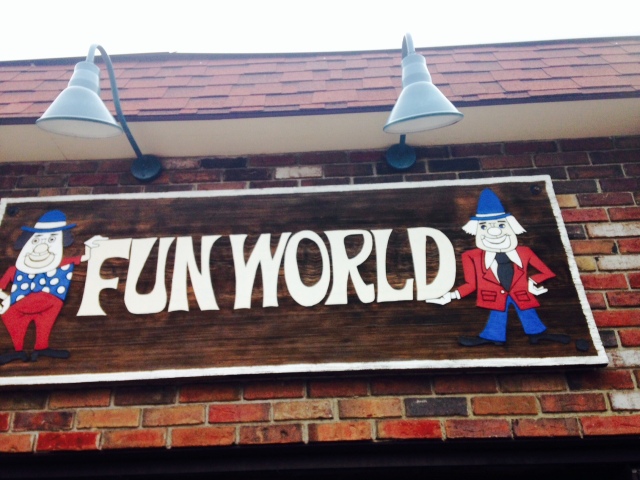 We would share an ice cream if we could afford one.  Walk up and down beach road waiting for the Mini Ha Ha to play the pipe organ.  Also, the canon at the fort fired at certain times during the day.  Once, I gathered some money to go to the wax museum.  My parent let me know this was a terrible use of resources but I was interested in this wax museum having seen it for years to this point.  It was terrible, but in that way that a wax museum in a Vacationland should be.  I enjoyed it, as much as I could, although I feared not having enjoyed it enough in order to prove without a doubt to the other hungry siblings chirping away.

While the inevitable hammer of time has not allowed any fold of the universe to be unsmote, much of Lake George today is recognizable as yet another generation of kiddies beg money for the wax museum, waste quarters in the arcade, and browse through the shitty tee shirts looking for the perfect cartoon duck with the most immaculate middle finger raised in the air.  Some things are gone.  Gaslight Village, the theme park of yesteryear is now in yesteryear land itself and soon the site will be reconverted into a wetland (FKA “swampland”).  Some of the arcades are smaller than before.  Stores from long ago have shut but new ones have opened.  There are familiar sounds of children taunting one another, motorcycles, and people yelling at each other in traffic.  The horse drawn carriages still patrol the streets.  The Mini Ha Ha still plays the steam calliope.  The canon still fires occasionally throughout the day.  Motorcycles are everywhere.  The people of Long Island are joined by another wave of immigrants escaping their suburban ways and Halal eateries and women in hijabs are mixed with leather-faced bicker “chicks’ wearing tee shirts that have been cut up and rewoven to expose as much leather as possible. Lake George is not in the middle of the woods since to the south outlet stores and the Creeping Crud are making their way up filling the Thruway as mycelium tentacles follow their substrate.
In all, the Lake is still locked in time.  However, it is difficult to know what age this would be. 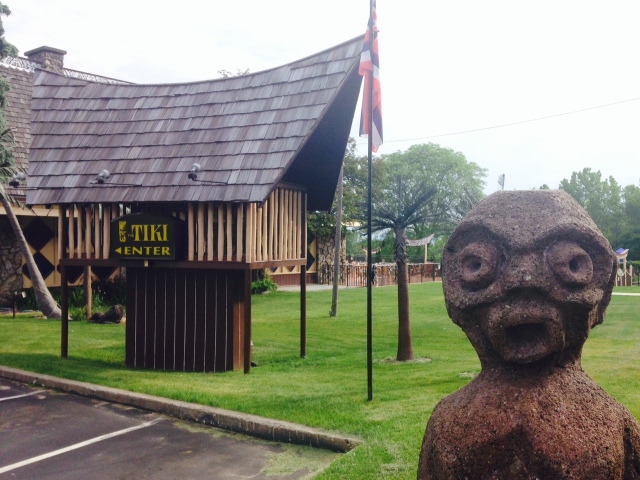