I Come to Bury Caesar’s Palace

I vaguely remember passing by these old dive bars in Florida. Perhaps these are replaced memories, ones that creep in overtime, like new files replacing old ones and corrupting them and most of what I think I remember comes is actually clips of films I have seen over the year and hours of bad TeeVee. I was told the bars were bad places, this was back when Florida was not as populous as it is today, and these shacks were indeed out in the middle of nowhere, and inside were alcoholics, criminals, and gamblers. The phrase “one armed bandit” stuck inside my head. Perhaps it was a lecture given by my grandparent, perhaps not, on the evils of grown ups. I feared the bar of the Deep South and their One Armed Bandit for years to come… 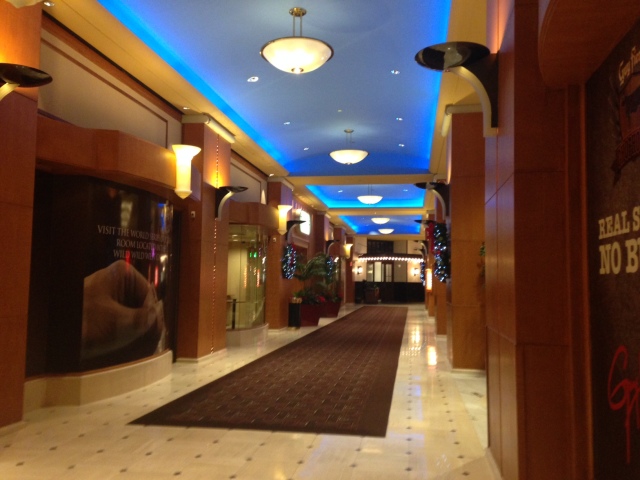 In another age, years later, I was on the streets of Moscow. The cold of autumn was already creeping into the late summer air and close to Gorky Park the streets were being cleaned by old women who used bundles of sticks made into crude brooms and water harvested by hoses connected to fire plugs. My feet were burning and I did not venture into the park far since the city is far too large to be seen by foot. I retreated back to the center rings. As I passed the former SOVIET somethings along the way, most establishments had been transformed into bars. Inside these bars were all manner of machines or gambling and outside, slapped over the hammer and sickle or blasting through some French 19th century cupid was an illuminated sign exclaiming казино. In those dark days of Moscow, the Dictatorship of the Proletariat that had masked the ambient pulchritude Tzarist Russia was coming off but replacing the cement facades and begin neglect of the Gerontocracy of kleptomaniacal tyrants was a new and garish flashing madness of unfettered capitalism. Among the whores and alcoholics, grandmothers and wounded Afghanistan war vets selling puppies and the family dishes for Anythingbutrubles and “non-stop” kiosks selling beer and lottery tickets to children and old ladies, was a plethora of casinos each one with clanging machines robbing what little foreign currency the population had. Even the smallest town I visited had some machine or two in a non-stop bar, perhaps even in the railstation, tended by some broken individual who had lost out to generations of regimes and several Five Year Plans and perhps one or two old fashioned fist fights. I was a more careful individual then and did not go in to any of these casinos. I was taught to fear those dives and the lure of the One Armed Bandit.

I have since become less careful, have learned to release myself from The Fear taught to me by my parent and parent’s parent, and take more chances, increase my risks a little and gain perhaps experience or at least a list of fun things I’ll never do again of my own. I stood on the gambling floor of the casino. I was on some far-flung Native Reservation in our American version of Kazakhstan, a set of semi-autonomous republics loosely connected to the rest of the Nation more by history and highways than any continuing cultural affinity. I had been greeted at the door by a pair of statues of prairie dogs dressed as Elvis and the décor went down hill from there. In this shopping mall cum retirement home, the machines clattered and kachinged. It was our own collection of wounded Afghanistan war vets, grandmothers, and alcoholics – save that all of them were over a certain age… Jazzy electric scooters, oxygen tanks, the smell of perfume and medications of all sort evaporating from various pores and orifices. I was there for the buffet. The highway was one of those straight arrows from Point A to Point B where there is nothing in between. The free buffet was indeed better than the gas station fare, but by a slender margin. The FREE made the real difference though. FREE makes everything taste better. Having spent half my life not going to casinos, I now step into them when I see them if for no other reason that for shits-n-giggles. To see if the casino in New Orleans differs any from that in the Calgary Mall. To check if Baltimore has a different clientele than Detroit, better food than Sioux City, or newer machines than wherever the hell else I’ve been in this country where gambling is the economic panacea to the age of the NeoRobberBarons (NRBs).

Atlantic City is again dying. This time it is the casinos turn. This is not to some new moral movement in this nation, but by the prevalence of new and more betterer gambling options for a fat and sassy public. There are new casinos opening up all the time. In every abandoned downtown, every piss-poor reservation, every state that cannot brook an agreement between the populous and civus in order to balance the budget. It is our own solution to the forces of capitalism – ironic that in these past years since I was in Moscow, the leadership there has banned casinos in an attempt to improve the life of the nation if not to at least wipe clean the surface of Russian society. In Atlantic City, tower blocks now stand empty as once did so many Halls of The Soviet just after the anathema of the SOVIET Union. Huge buildings, some just-finished in time to be abandoned, stand along the shore. In their place are being built many other palaces of fun. In the Catskill Mountains upstate New York. In Pennsylvania ground has been broken for yet another huge gaming place. The road from Albuquerque to Taos now littered with native gaming places will all-too-soon be a familiar feature on every thruway and byway in the land. Each perhaps filled with just enough one-lungers, has-beens, couldabeens, and neverweres to maintain a meager economy of its own so that the local population can sell hot dogs and burgers since we already have enough scientists and trained specialists and need not concentrate on making more.

I pushed the beverage button again. I wasn’t sure why it was taking so long, but I was already on a losing streak at the slots – and by slots I mean you slip in paper money or a ticket and then press a button. I needed not even exert myself to pull a lever. It was a game for the Knowledge Economy. Just push a button and watch an inexplicable game unfold since there was no way to understand what combinations, lines, and symbols made for a win. I wished for those old coin operated machines with the three bars. Simple to understand and operate, a game for the machine age. My drink came, served by an angry lady with several years under her belt. She pressed the button on the machine “Drink Delivered.” I asked for something else, but I had to order through the machine. I opted to order another drink before she server had even left the row of clattering machines playing idiotic tunes and strange notifications that the glazed-eyed players were indeed #winning.

I think I have gotten my ironic fill of the casino. I have now been to more than enough to sate my interest and as they spring up more and more on the landscape it is no longer the special thrill of entering a dive bar. Unlike those dens of old Florida with their poppers and legal meth sold at the bar, or those of Moscow chock full of gangsters and women with legs that went all the way up to their neck, these pavilions are like the lobbies of so many public housing projects, as retirement homes for so many Walmart greeters, as so many boring and regulated crimes on our landscape they are now just another chain dotting the highway in the Geography of Nowhere.

I pressed a button to retrieve what was left of my money in the form of a ticket I would then have to cash in elsewhere in the complex. The machine kachinged as it printed the ticket as if some coin was falling. Kachingakachingakachinga, the machine called alerting others to my winnings. The ticket mutely stuck out as a tongue in rude jest. The gambling floor started to fill up.  It was now late on Christmas Day and our family outing was almost to an end. It was no longer just the addicts and Chinese and Chinese addicts but the usual crowd I had come to know streamed in. I could check this place off my list. On the bus ride home, I checked my iThingy. How long was the bus ride? When was my next break from work? The dark landscape flew by to be replaced by a series of vacant industrial buildings and so many oil tanks. I wondered about our casino economy. The way we are trying to fund everything with gambling from schools to roads to the rest of the infrastructure how we are replacing good solid jobs with people selling hot dogs and delivering drinks by order of a network of machines. I looked at my iDevice. I wondered how much would it cost to fly to Las Vegas for Easter? 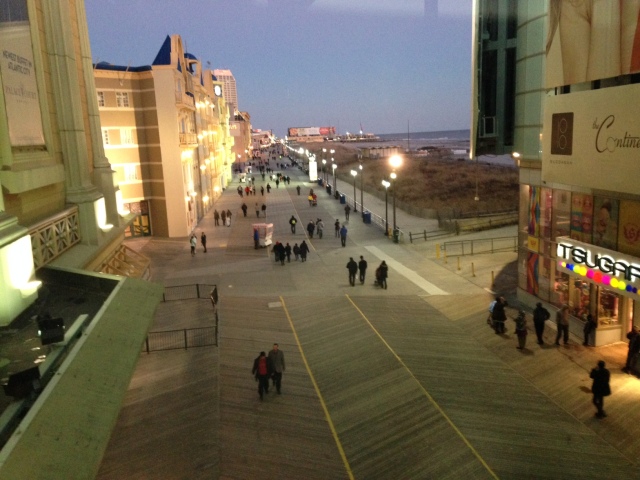