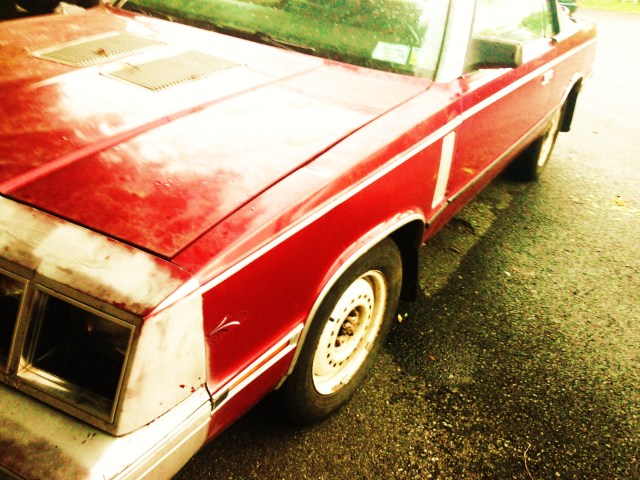 Flights all over the country are being canceled and for no real reason – other than pouring rains, strange convection currents, and rainmagedons. It seems that perhaps rail travel will again emerge since the winds and weather may make air travel a more inconsistent animal than it already is… which is already at an untenable level where flights are changed, moved, or scotched entirely as it is and with “weather events” increasing, there is no longer that summer window where we were almost guaranteed on-time delivery of our person to a distant location as opposed to our wintertide flights where we expected (often if there was the chance of a free hotel and stack of movies hoped) for long layovers and lost connections as we slogged about this land.
It is then to the ground that I will take (since my own air adventure for today and tomorrow was vanished due to a little rain and now I am cooling my heels in Gotham). In two days a little ride known as “The Hooptie” – a Dodge convertible vintage 1984 will start a long 6035.4 kilometer journey up the coast of Eastern North America from the Storied City of Boston to the harbors of Maine and then on to the Bay of Fundy only to then take off from Sidney to the island of Newfoundland on a seven hour ferry to the home of the first European settlements long before more proper kings and queens could fund ventures and have territories.
After a short exploration of these lands we will embark again on a ferry – this time a short plod across whale and iceberg and apparently shark infested waters on to the lands of Labrador where we will again hug the coast and skirt in and out of fog banks to perhaps camp at the side of the road or perhaps deep in the woodlands. From this road, we will then turn to the interior, to take the new (four year old) extension of the Trans Labrador Highway in order to connect to a location called Happy Valley Goose Bay, a place as remote as the name is unlikely. While no settlement is picturesque there is some adventure in visiting these remote places where tourists – apart from the more adventurous – are loath to travel.
I anticipate the fare to be awful as I have been to these northern regions before. Potatoes in gravy, hamburgers in gravy, something like shoe in gravy and all this gravy falling out of tin cans. I expect the villages to be ugly, utility at the helm and no charm as we in the warmer climes of New England have come to demand, but perhaps an old building from long ago still exists and we can snap a few pics. And by long ago I mean 1958 when the place was entirely wilderness cut off from all civilization save for the summer air mail and ferry. And by summer I mean two months when the pack ice finally lets go and allows for some movement. I still think to this old church I saw up north of Montreal about two hundred miles. Now on the edge of a super highway, it once was deep into the dark and cold woods. Perhaps I am tossing too romantic a blanket over this whole landscape. Blackflies and cold dominate. I am sure those older buildings were horrors to live in. I don’t expect to cross any settlement except separated by hundreds of miles. Some camps here and there, some of these camps may even have small houses, but generally we will be packing our own fuel from town to town in order to not run out along the way.
The road in places is paved. Some of the newer sections, and by this I mean hundreds of miles, remain gravel. I anticipate the only other traffic to be huge rigs loaded with stones, trees, stones and trees, or dead moose. Also white pickup trucks from the logging, mining, or hydro conglomerates will be additional traffic. Other than these few instances of “traffic,” I expect our little expedition to be quite alone on the road.
The weather may not be cooperating as much as we had hoped. Two years ago on the sojourn to James Bay the weather was quite warm and while we had our rain storms here and there, we did not have to take cover except for one day. This time, with a polar vortex of something and El Nino or Drecho providing the moist air, we may have several days of some kind of precipitation and to this I hope not too much or at least there are breaks in the rain in order for us to quickly explore the area of interest off the road – and by this I mean blueberry barrens and little stunted forests but I guess I will also have to add any encounters with wolves, polar bears, and flying squirrels if not moose..
While much research has been made on The Googles, we are anticipating the experience in “real time” or in what we called reality Will there be pounding rain? Bears of all sorts? Northern lights or cloudcast stars and twilight gloaming that leads to astrological dusk and scant night with which to rest and by day the blackflies and night the mosquitoes. Will the old rusty trusty car, a 1984 Burgundy a Dodge Convertible survive as it had previous adventures to James Bay and Meat Cove? We shall see for even in this predictable electronic age, there are still some places close by we can turn off our cell phones, and connect. 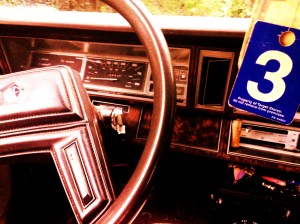