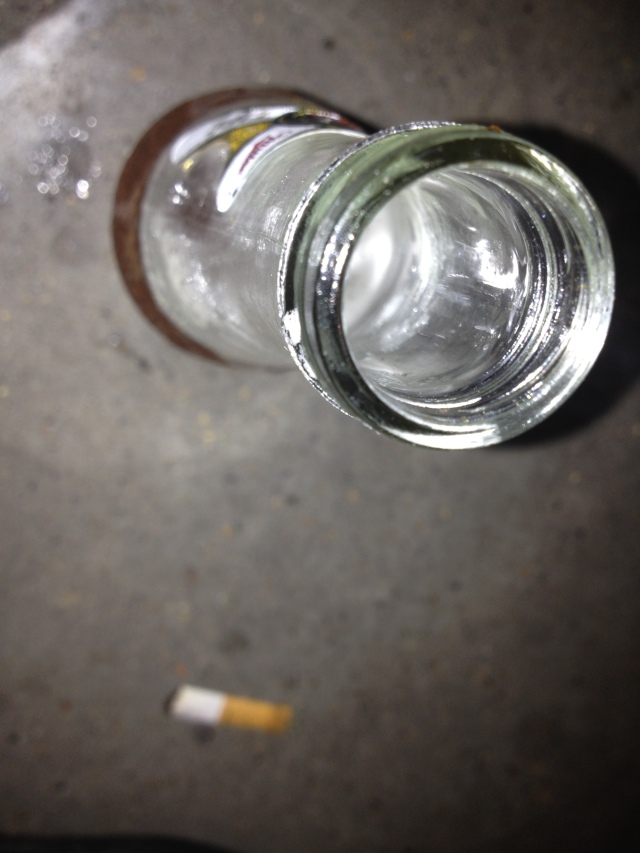 This doesn’t look good. Things are stacking up, and most of the stack seems to be against us. One doesn’t have to be a news junkie, a bibliophile, a blogosphereasphile, or variants of ultra-info consumption to know that something is wrong, going wrong, that we are seeing daily reports of a warming of the pot we frogs are sitting in, and soon, it will boil much to our chagrin. And, as the frogs, what can we do about it?
The government is ready for the war, the next war, on us, the population. This time it won’t be hippies, commies, or radical Free Thinkers. It will be libertarians, liberals, Constitutionalists, average people. People like you. Except that you are reading this blog… so, people like the people you know who don’t read blogs, who, drive cars, who eat soup, those of us who don’t really have too much to stink about on or offline but once in a while we screw up. By screw up, I don’t mean send a junk shot a’ la Carlos Danger. By screw up I don’t mean do those things that the ultra-rich do and get away with. I mean, do or say or think or post or think about posting or write or think about writing or do something out of line with The New World Order. Such as, not want to drink fluoride in your water. Not want GMO crops in your food. Want clean air. Want to send messages that are not read by the government (or their contractors). Want to start a small business and not be tied up in regulations written by corporations to prevent competition. Not want your license plate being read at every crossroads. For many they have said, “well… I have nothing to fear… I have done nothing wrong…” and for the most part that has been true, but this new scheme, will be digging, mining your meta-data, a digital Shari’a law governed not by some foreigner, but by our own domestic forces in tandem with those multinationals that were founded here. Perhaps he is a Kenyan Muslim foreigner after all… However, more frightening, we are doing this to ourselves. 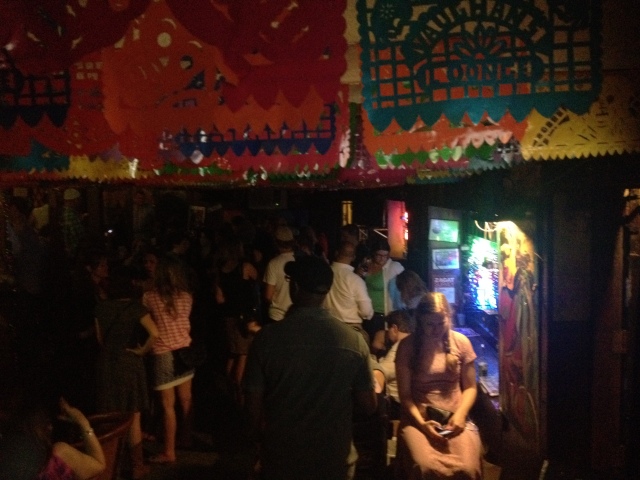 Not that many of us can stick our necks out. Many of us can only complain. Post on the Book of Face… that is, unless what we say gets us fired or defended… or arrested. We can sign this or that petition. Online. With a click and oh yeah, don’t forget to donate to [organization]. Unless that too is tracked. Maybe the petitions are run by the government in order to collect information, see who the trouble-makers are, ready a list for the FEMA camps. Maybe we need to stop being so rational and all of us strap on the cray-cray pants, paint our faces and count the contrails in the sky because more and more what we thought was insane seems to be happening and those things we believed were only in the minds of those who skipped their medication, seem increasingly to be reviled as fact. They are out to get you. They are watching. You won’t know why or who They are, but They are there.
It is interesting that during the communist regime of the SOVIET Union they placed dissidents into insane asylums. Locked them up, gave them shock treatment in order for these patients to see the world for what it was, for what others wished it would be, for the world vision of reality that best met the needs of the ruling class in order for them to have power.
How can you disagree that ve are living in a verker’s paradise? You must be criminally insane.
We live in a socialist utopia…
And so today, in our capitalist paradise where it seems individual capitalists are tossed under the bus of corporate interests, those of us who point a finger at Monsanto, at Xe (or whatever they’re called), at the Bush family, at Uncle O, at the NSANYPDDSSNSDAPCIABOAFBIFRBIRSWMT and accuse them of crimes and conspiracies, cover-ups and assassinations, hints and allegations, cheating and lies, and random shoplifting of impulse items they have no need for, we are seen, marked, branded as lunatic fringes. Yet, the Tea Party and Occupy Wall Street, as filled with idiots and mooncalfs, bobos and wing-nuts, there is some truth in their call that something is going on to undermine our society, our economy of the middle class, and to tighten the corporatist state about our throats while each “side” may disagree on causes, solutions, or strategies to prevent this hostile takeover of our nation from wreckers and hooligans from within.We are insane, but we seem to be living during insane times. Wasn’t that what old whatshisname meant when he said “may you live in cray cray times rum ham LOL WTF meow meow”?
It was said that industrialist XYZ said he could hire one half of the working class to kill the other half. Today the powers that be can hire one half of the middle class to police the other. We have increased populations on prescription drugs so that Betty and Molly and Fred are calm in the face of whatever first world problems they have, so many on illegal or extra-legal drugs so that every gas station today is also a head shop (FOR TOBACCO ONLY I KISS YOU! the sign says), and more people in jail, prison, or otherwise court involved that our nation makes Stalin’s Russia appear as a mere amateur piker as far as the numbers go (death marches and starvation, Stalin = still winning 1936-2013). Can our fat and sassy population really need all that medication, self proscribed or otherwise? Do that many of our population really need to be locked away, how is it we are turning out disproportionately shit people when we eat, drink, and consume more than most other developed nations and way ahead of those piss-poor nations where they make the crap we toss into our landfills whining and farting little toots of contentment from that turbo dog we downed with a Redampmonsterbullenergy drink asking, “why am I not happy?”
Perhaps because we are made to be not happy. Perhaps because we know we are penned in, watched, and turned into children by our increasingly corporatist state, that we regress away from a society of adults and find our inner children, and if you, Dear Reader, have been around children or known them in your own house, all sentimentalism aside, children can be assholes. Total assholes. And that is where we are marching, into a society of monitored, punished, needy, urinating, pig-people, who cannot find any longer those qualities that made our American experiment so flawed but so worthy for so long. 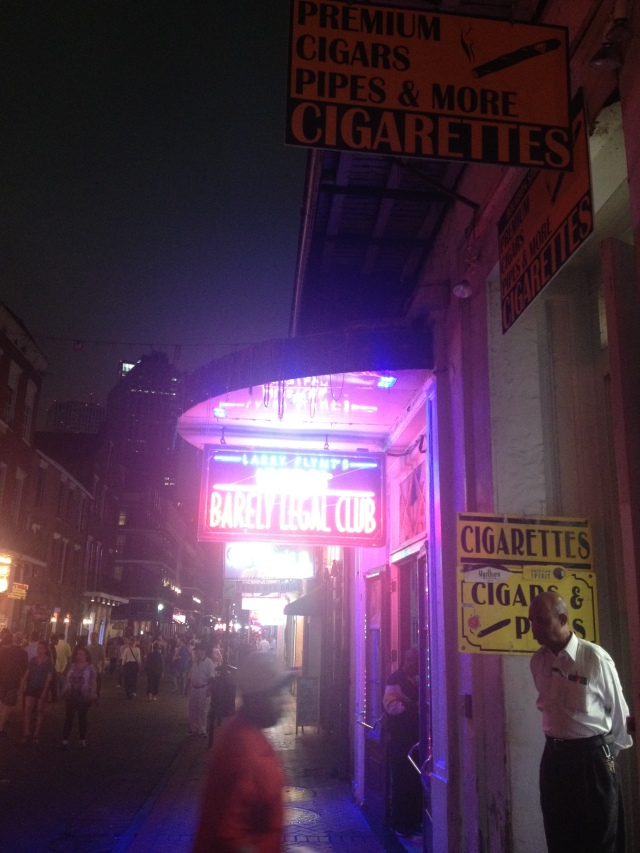 This has happened before. Read many of the memoirs of those in regimes of oppression whether overt or subtle and it seems other populations, perhaps minus the trappings of spoiled children, where nevertheless reduced to those children who knew nothing but following or breaking rules as children understand rules, who knew only their small and petty needs, as children do, and who acted a performance throughout their live in order to make their parent, the state, happy and proud. As abusive and perverted as any dysfunctional family may be, and it seems that is creeping into our very social and political fabric, or perhaps flooding, as it seems.
So, our Weiners and Spitzers continue to cry and shake their penises as baby boys, the youth are self-absorbed by memes and music, the banksters believe in Free Market (Raaaa) as children sucking at the tit of simplicity, the radicals still believe in all day meetings and spray painted Banksytisement for their cause since they cannot step outside their yurt of understanding, we retreat into simple stories and games since we need guidance. We need to be watched by the in loco parentis, the police, ramped up to want, to need, to feel entitled, all two hundred and fifty million two-year-olds tossing our collective ba-ba and binky and whaaing “feed me.” And so Parentis, those corporations and their State allies, but can only defend us from terror, from want, from our own demented behavior if left to our own devices… 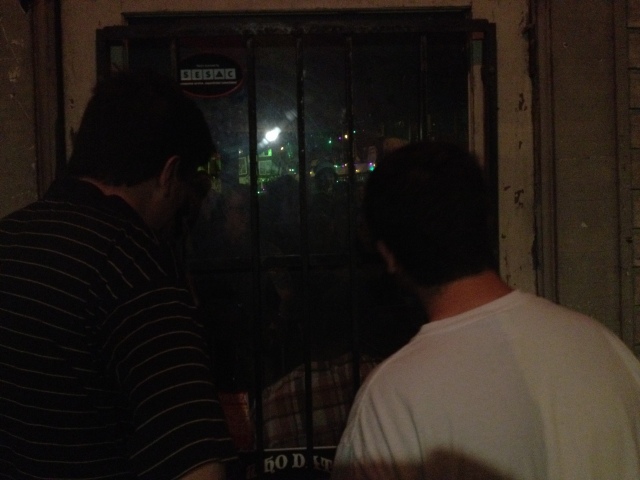