The house always wins. We are all told this, we all know this, but we play on, we put it all on red, we play our cat’s birthday, we spray our house with Lucky Money Spray (alleged) because the most important lessons we learn in life, are those we already knew. And we feign shock at this pattern repeating. That we lose every time. Except once, in this casino, where we played $20 for over an hour before losing it all.
In New Orleans, as in just about every city in Amerika, there is a casino. A tacky-tacky bling-bling old people in Jazzy chairs with oxygen tanks leaning against machines, Thug Life with cigars, tour buses of Chinese, and the pensioners, dead-eyed grandparents putting their grand-kids inheritance into blinking burbbling machines because somehow they didn’t get the memo to buy a Winnebago and drive about the country at $3.65 a gallon until they’ve either seen every state, every World’s Largest ____________ (noun), every Walmart parking lot, or drained every Chevron station of their precious “juice.” When in the Big Easy I figured I best better take a peek in to this fun palace of Dead Souls since I had been in Motor City Casino in old Detroit as well as Atlantic City and may as well compare these venues. As the others, it was exactly the same. As if central casting had ensured that a corpulent couple in automatic scooters, romantically sharing oxygen tanks (or nitrous oxide perhaps) and feeding the slot machines with a look on each face somewhere between their orgasm face and the face of a union shop steward operating a die cutting machine. Another couple was discussing what numbers to play on a $5 a pull game as if they could outsmart the algorithms, as if this was an investment decision and they had read all the articles on the company, compared stock pics, and talked to their financial adviser… which, considering the economy, perhaps is exactly the same… Considering I had paid about $20 for a room for the night, and could use a little cash, I wondered if they’d give me $20 if I allowed them four pulls… Their chances at a payout would have been far greater, backed up by a certain amount of evolution and biology… There was the poker tables, many filled with Blingsters. It was 10:34 AM. On a Thursday. The dull waitresses moved about the tables, about the crap shoots, the blinking chanting ringing machines. I wondered if this place gave out free drinks. Atlantic City does. Watery, bad, but free, and free makes things taste almost as good as stolen. This was not a free booze space, but I thought I may as well play a few of the penny slots, just to round out the experience. After all, I had won a few dollars at Motor City. Maybe my luck would hold down here and wow, I’d walk out of the place with a few extra dollars for my budget, maybe even enough to pay for an upgrade from the place I was staying, a hostel of character and charm, there were good people staying there, but the house was falling apart, the place worn by love and travel, my bunk was in a dank and leaking room which stank of rancid men and where the beds creaked at every movement, so I wouldn’t mind exchanging this for the chance that Lady Luck may shine on me. So, I put my $20 into the first machine, expecting to play perhaps $5 and then call it quits. I lost quickly. How did that happen? I should at least win once. So I played another $5. Moved to another machine which may be luckier, then moved to another. Was very tempted to press the little button to summon a waitresses to get a drink, but I had already burned down my beer budget and anyway, it looked like the staff in this section had led a fast life and slowed it down by using her face as a break pad. “Come on!” I thought very loudly when I almost almost won. A woman the colour of the crayon that used to be titled “flesh color” sat near me, smoking away as her eyes reflected the flashing lights. “Dun! Dun! Dun! Dun! Chinga-chinga-chinga! Dun! Dun! Dun!” the machine went. I cashed out for the last time. The fake noise of coins being dropped into a bucket ridiculed me since I had managed to turn my $20 into 20 cents in a matter of less than an hour. Even a shit film, fake butter popcorn, and corn syrup soda would have entertained me for longer and given me more, even if that more was anger at Hollywood and cancer from preservatives. 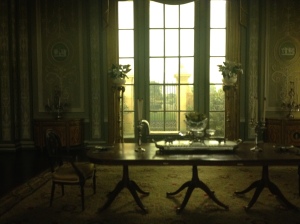 I picked the ticket marked “Winnings” out of the machine. It was a tongue stuck out at me. All the cameras in the house trained upon me, the Knowing Ones up in the back rooms laughing as another sucker was born. I was ready for a drink, but had used up my funds for the day. I wandered out of the penny section, through the quarter, the dollar slots, beyond the plastic pirates, the waitresses in the poker table areas trying to catch my eye with their whimsically displayed tits, beyond the plastic pirates and fake carved fiberglass, flashing this and blinking that, beyond the hot dog stand where two Jazzy Scooters were parked each with a fatty perched on top, again as if the Department of Stereotypes and Cliches had ordered them there. “Hi Alan, baby, it’s Larry! How’s it hanging kid? Look, I have a job for you! I need you to play a fatty in a trolly in a casino in New Orleans! Oh of course it’s AFTRA what do you think I work for dinner theater? Oh Aspen? Yeah, but I told you, that was all crossed wires, I need you to strap on your fat suit and get out there baby!” I stumbled past the machines used to cash in the winnings, seemed these were not in demand this early in the morning, and for a moment thought to trade my ticket marked $0.20 in for an actual twenty cents, but thought better, that at least this was a good souvenir of my trip to the casino in Nawlins and a reminder, again, not to enter these places unless accompanied by the Oceans Eleven team or James Bond, or a suicide bomber.
And then the other day I bought two Powermegascratchoff Ball tickets. In an instant, I was out $4. But, I had a dream. I was included in the mix, I had a chance to win big, to change the world around me using nothing but money. The woman behind me held tightly a little kid wearing sports gear in one hand and with the other paid $50 for a trak phone and used the remainder of her C-Note on the lottery, which was up to $600,000,000.00 at that point.
So, why not trade in a few dollars for a dream? For the chance to win big? Gambling is perhaps the third oldest profession after whoreing and taxing. For the states involved, it is a win. They keep about %40 of the total take off the top in order to pay administrative fees with for a state like New York is about $261,000,000.00 and California $156,000,000.00 according to the National Conference of State Legislators (2006). So of this “pot” of money, they’re already keeping some $240,000,000.00. Then there is the winners who pay taxes. About $210,000,000 to the Federal Gubberment, roughly $110,000,000.00 for the state, and perhaps another $900,000 for certain cities leaving some slob or set of slobs with $279,000,000.00 which is a lot of money. Then, if that money is taken over time, it is again taxed each year, which considering it is a shit ton of money, still is a good deal if one invested $4, or $50, or spent every penny of one’s benefit card you sold on the street in order to get cash since one cannot (yet) buy lotto tickets with such a card, nor hot food, unless that food is made to be eaten at home… which is why my local Micky D’s takes foodstamps, but only for take out.
So in about a week, the economy moved almost a billion dollars one quick pick at a time. In ghettos across the land people of scant means traded their actual money for imaginary wealth. While people of all backgrounds participate in the lottery, and at times when a jackpot is high many who not usually spend a few dollars may chip in to the office pool, the majority of gamblers are from low income areas, representing a diverse population where lotto and liqueur are sold side by side, each providing the service of escape monitored and in some way provided by our Good Government.
The lottery numbers were selected, and I did not win. A friend of mine won $4 but had spent $10, but that was about as good as the payout on my 401K so really, still no difference between investing and gambling. I assume since I checked my ticket at the same place I bought it that the lady behind me with the kid also did not win. I wondered if she was going to use that pay-as-you-go phone as a lifeline, and call someone to help get dinner for her kid. Maybe the state can use the money she gave it for a program to provide her kid food. That is, after lottery administrative fees and food program administrative fees are paid for. Which I assume won’t leave much left over from that fifty bucks. 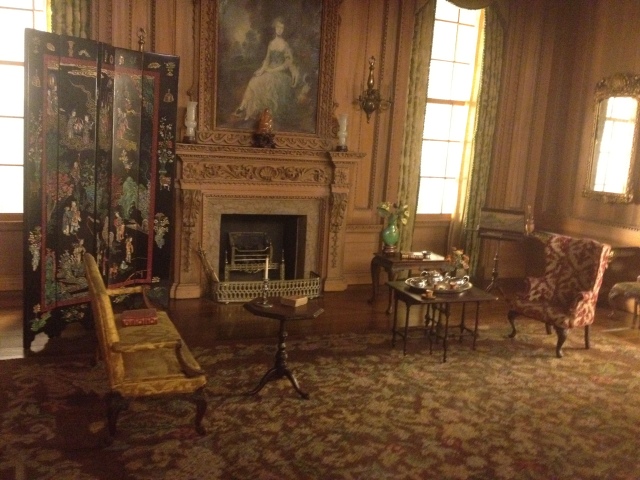 2 thoughts on “Hey You Never Know”