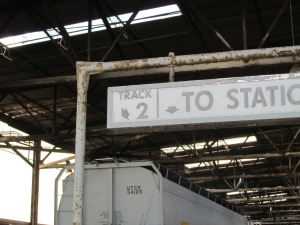 It was good to see that old Beatles Guy is still there in the subway belting out the same Beatles songs I have heard for over a decade. Guy looks older than before, for a time he had a shocking blond Afro, other times his hair was half-shaved or some other style. I usually pass him when he is singing Love Me True, which I guess must be on heavy rotation. Street musicians are everywhere, and more of them in the summer, they cover Gotham as I have seen they abound in other cities too that attract visitors – I assume Birmingham, AL or Compton don’t have street performers. In Gotham there is a healthy mix of those who are passing through and those who are the regulars, the old guard holding down the noise of the city with their own cacophony. The old guy with the accordion who thumps out a beat using the case as a drum, sometimes he is making a horrid noise with what looks like a fiddle but sounds like six cats fucking a fox with a strap-on weasel. Still, his “tub-tub-tub saw-saw-saw tub-tub-tub” is a sign that I am at the half-way point in my trip, the transfer from one line to another. I miss the old recovering drunk who only seemed to sing “Lay Lady Lay,” which he more panted some days and heaved out on others. There was a trumpet dude, old guy, but I haven’t seen him in a while. There often is the guy in the cape, he plays the pan flutes or a guitar, I think he escaped from a larger band and went out solo because I swear I saw him with others years ago when the Peruvians were making their trek north replacing the Mexican Gauchos or attempting to, since the pan flute invasion and that fucking Condor song have removed themselves and the Mexicans are back, sheepish country men who always bring a smile to the people on the train and unlike the Peruvian bands, perform on the train car itself rather than parking themselves on the platform. There are the kids playing saws or banjos, or whatever they can get their hands on, they come and go and I can’t remember one of them clearly although some are good and all of them have CDs which is strange – I mean, who uses CDs? I miss the guy who sat in a heap with a microphone duct-taped to his head. Yes, taped on. He would mumble, strum, make small sounds that were overcome by the noise of the rails screeching, the hot sweating commuters, crying babies, farting little dogs stuffed in boxes and NPR tote-bags, the smell of piss would drown out whatever lyrics and rythem I could only assume were much, much louder in his head. His tattered amplification system looked like it worked last in 1983, and was always there, strapped to a dolly also covered in duct-tape. I wish I knew the names of some of these people, but perhaps I don’t. I don’t want to really break down the fourth wall. I believe the audience should keep their hands inside and stay put for the entire ride until it comes to a complete stop. 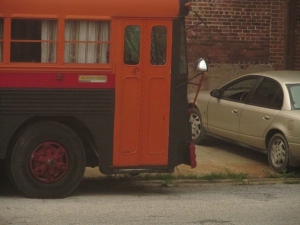 Down from Beatles Guy is the New York Times Published Poet Shares His Work. Sprawled out in a pile of papers, food scraps, bits of whatever and dabs of stained something the poet is sometimes asleep other times reading or writing or on rare occasion talking to someone. For years he has been in the tunnel connecting lines, but I remember years ago, when I was first in the city, he would be above ground, a little shabby table, wearing worn out suits, his small mustache somewhat groomed. He sat on crates as he does now, but then he was all about the lower quarters of Gotham, selling poems as he does today, but then he was more of an institution – often a table near the withered “animal rights” lady who looked like a burned out match, if matches did heron. I wonder if the animals ever took to a table and raised money for her, and I can only assume she dried up completely and blew away, but not before finding the lost kittens of the city and hording them somewhere in the Bronx. I did not wake the poet. I am in a hurry, all the time. In the years I have never interacted with this guy. I believe my ex-wife said that years before she had interacted and then regretted it. Often the lonely people are made up of words, and in the event you brush up against a lonely person, you may tare them just a little, just enough to allow all those words to come out, to splash over the ground and stain your legs, maybe a little gets on your face and makes you puke up an equal amount of words. The panic attack of knowing the day has been wasted.
Passing by the New York Times Published Poet Shares His Work, the walls of the tunnel are covered in his work, none of which I have ever read. I should, perhaps I could have written something clever about his work, maybe even quoted it to fill up space or allow New York Times Published Poet Shares His Work some greater recognition so he could add “On YouTube and Mentioned in blog no-one reads on WordPress” to his list of signs. I drop down to my connecting train. I remember this old woman who would work the crowd on this line. It was her line for a long time. “Smile People, at least you got a place to live, I’m homeless, blah blah blah.” No matter how crowded, Smile People would still plunge into the masses of kids and commuters and beg for change. “How are you?” one woman asked, seeming glad to see her, I mean, she was an institution, but not one to interact with. “Ah, I’m alive,” she croaked. I had seen her too many times to give her change. Also I had seen her get bitchy, downright rude and that stuck in my mind, however, who she was angry with or what it was about or why it stained me against her I no longer have space in my brain to remember. Anyway, she was better than the kid on there who asks “help me please, ok fuck you then,” or the guy who would threaten to pull the emergency break “god forbid I get so sick that I have to stop the train, I don’t want to be the sick passenger, I just need a few bucks for a hot meal…” The One Armed Man selling papers wasn’t on the train today, but there in a heap… Is that a Traveler?
Son of a bitch, it is. Sitting on the bench was what appeared to be a girl, slouched over a bunch of newspapers – see, someone still reads the Village Voice after all. She seemed to be suffering from the nods, a little snot was dripping out of her nose. Dressed in complete dirt, her rucksack was on the floor along with a few scraps of cardboard and a plastic children’s backpack. Other passengers were laughing at her as she tottered over. I though it a little cruel to laugh at this Traveler, nods or not, but as I adjusted my position I noticed that she had a small cage with her and in that cage was a large white rat. And then I noticed another rat, smaller and shivering a little. Thing looked like it wasn’t long for this world. The girl came to somewhat, wiped the snot off her face, and started pretending again to be reading the paper or perhaps actually reading it, which would be strange since she sort of scrunched up the papers and would then let them go again and again. She looked up and I saw her ghastly face, the face of a ruined youth looking pasty and covered with small points of acne or track marks or meth sores. She assembled her piles and got off at the stop of the warehouse district where there seems to be a safe house, a flop house or squat, since I have seen many Travelers exit at that stop and I can only wonder that there must be a reason, some place where Rat Girl can take a bath or slip in to some dirty rags that are at least fresh dirt and maybe get the rats some food.
In a few weeks it will be unofficially Summer with the unofficial start of Summer. In the subways things don’t change much as there are no seasons in the lamp-lit chambers other than hot and cold. I still know when I see New York Times Published Poet Shares His Work that I am almost home. 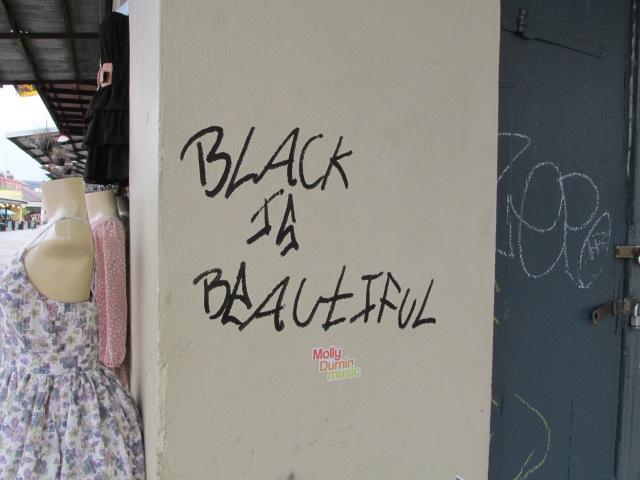 3 thoughts on “People Places and Things”