Things are springing to life. The 17 year locust are back. Damn little things living in the ground just hanging out, doing whatever they do and then they emerge. Last time was 1996. For some, this is a lifetime ago, for others a mere blip in their lives, for me it extends from college, city loft, first wife, house, loss of said house and wife in divorce. Ahem… And now the little buggers are back. Nature renews and the rhythm of the world continues. Except when it doesn’t. Except when nature seems to be spastic, sprawling out all over the place like a bratty kid on the playground.
The bees and bats now dying off are old news. First in New England. Now moving to the south. Like the trees dying off. Nature will replenish. The old trees that fall make a break in the canopy and present opportunity to other species. The bats missing from the caves will allow for more cave men and women, open up the darkness for spider men, leave caves un-guanoed and cleaner. Bats have rabies anyway. They’re nothing but flying rats. Perhaps whatever replaces them, like hordes of mosquitoes and other insects who will remain uneaten, will fill that slot in the eco-chain.
Then there are the manatees. Personally this blogger hates those things. I’ve never seen one in person, but they look like floating larva, the sort of grubs I dig up about my tomato plants and then squish between rocks. Do they do tricks? No. No tricks, not cute like seals or killer whales. However, it is frightening that they are dying off at the rate they are, and not by the hands of drunken Skido drivers either. Seems the algae bloom is early this year. The huge anaerobic ocean that happens to be smack in the middle of what should be the most productive waters is now seen as contributing to a culling of the scant 5000 wild manatees. Shit, there are more Amish than that. More Oddfellows, more Branch Dividians, more Ramthaites, more aged Nazis than there are manatees. But, like I said, fuck them. They don’t do tricks and when they’re gone they’ll make room for another species, like Leviathans, or Krakens or Skidoos.
Now, the sea lions. Seems some colony disorder has attacked, mental illness, crack head sea lion mothers leaving their pups who swim to the mainland starving and sick. Not good news. This can’t be good news at all. These things can do tricks, if taught them. I kind of want one for my farm. Kick the snot out of the Henderson’s damn dogs. What is happening is some new disease perhaps, not caused by humans per se, but with the changes we have made to the environment this can only be some outgrowth of changes we seem to be making to our world. Even if natural, the number of animals in the “wild” are diminished and can they really afford such a die off without some longer-term genetic impact. Sea Lions inbreeding until they look like…. Amish, or Lubavitchers, or the Royal Family? 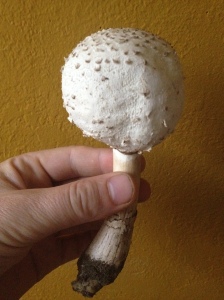 The trees are assaulted by new incests and fungus. This is seen as something that Nature can take care of. Things change, we are told, be Hindu, shit takes care of itself, be Buddhist, shit ain’t even real, can’t cry over shit it be like all a veil of tears and shit, yo, be Christian, we’re in charge of shit, be Muslim, “Ibid,” be Jewish, “Ibid.” It is true. Nature takes care of things, in the end. The forest will fall and litter the land with dead branches, providing food for things like termites, ants, and fire. And all three and not in that order may descend on your house making short work of your Game Of Thrones collection as well as your Star Wars toys still in their original packaging or everything your ever bought at Victoria’s Secret, including that bra with the little bows. A worry about these far-off croak-fests in the world is not entirely a heart bleeding for cute bunnies, for fuck’s sake, if I really cared about fuzzy little animals I wouldn’t own a few cats and enjoy watching them go all Dalek on the local fuzzy aminal population. This concern is also for us. We are but beasts in this world, and that flu being cooked up by the beavers or otters or seals, could make a break for us. That long horned Asian ring green European spotted African killer south American bug… you ever see Stormship Troopers? Yeah, that could be our future if we don’t watch out.
And, so out of the Ortho-soaked yards, the Deet-saturated forests, the Raytheon dusted fields, the 17 year locust will emerge. To them, this is but their crescendo, the culmination of yet another brood’s life cycle, their moment to fly with the… flies before departing this life and leaving another brood to replace them, to emerge in 2030. Yet, the world has changed so much and in so many ways since 1996. Our lives in this span should change. We should age, move on to life events, see changes in society, but our environment shouldn’t change. We, like the locusts, are but brief spectators on this planet, the forests and hills see us as short little monkeys that rush about a bit and then die. Leaving our spawn to replace us, least hand-fulls of shit be un-tossed in future generations. 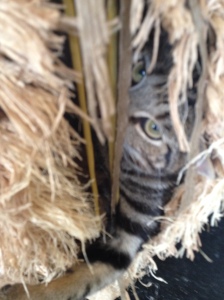 Last year we burned. This year perhaps the die-off is the defining event. Polar bears, Harp seals, and maybe the Chinese if they can perfect Avian flu this year, or the North Koreans if they indeed lob a bomb at Seoul. My cat sits about thinking about murder all day and yet I feed the stinking thing. This is a different life for me than back in 1996. A different world for many of us. A very different environment these little bugs will find their way in, hopefully to create another brood, and let a future generation freak the fuck out when these things emerge. What the fuck is that noise? Where did my lawn go? Ah, I yearn for those days of predictable destruction and infestation.