Man and the Arms

A short rant about our state of society. Some of it timely.

There are so many things going on in the world that defy us to explain them. These events thumb their nose at us; dare us to make meaning out of the world, to attribute the mechanism of clocks and computers to the throbbing wet beat of the heart and the amorphic oceans of water and ice. This is perhaps our new obsession, to measure, to diagnose, to propose theories both based in an alignment of facts or conjecture and formed by knitting together various opinions into a tapestry of madness we pass off as a scarf tied around grandma or a sweater for a tiny shivering dog. There are too many words spilling on and off-line about recent events, pontificating, spewing, lecturing, positioning, and posturing to add too many more, but there would be a hole in reasoning for not then recognizing that events that occur with increasingly regularity are sometimes still unique in their awfulness and distinct as a crime that defines a new low in a society awash in information as it is ever lacking in understanding.

What is it about the mass killings that speak to the deeper social issues in this society? Why is it that the list of serial killers on Wikipedia requires an additional page to that of the serial killers of the world? If human psychology has been about since the dawn of time, since we fell out of the trees or Eve’s twat, what is it that shapes our current symptoms? If sexuality is just social mores and conditioning, then so too is mental illness and those actions taken by the deranged conditioned by society? Are these killers some form we have seen before, but perhaps less dangerous? The Holy Fools? The lepers? Or is this all “society made me” shit just pretend, just Ph.D. time on the farm, a bunch of listless academics sifting the sands to find a speck of gold for their dissertations, research papers, and the basis of some asinine center or department? The killers have always lived among us. What was WWII but a shooting spree for 100 millions?

Perhaps not, since there is no disagreeing that guns have been around for some time, so too high capacity magazines, so too nutjob kids, but they have not come together with such regularity in this nation as to be 15-20 mass shootings per year and 15,000-30,000 killed by guns every year. Our society is already in TSHTF, we are already experiencing The Change, we have an ongoing low level civil war but can’t admit it, can’t admit that we are sick. That we’re like Mexico. We won’t admit we have a problem, we won’t look at our sick society. We will attempt to find “A” reason. That reason. Reason-o numer-o uno. The one reason. Guns. Mental health. SSRI drugs. Drugs [street]. Single moms. Fathers who have strange relationships with a government that is looking for reasons to take away our guns. Bullets. The lack of security guards at the entrance of schools, churches, hospitals, cemeteries, malls, Walmarts, Hess Stations, Quik-e-Marts, bodegas, art galleries, your house. The society that gives birth to more and more monsters looks to find that single reason that monster is here among us rather than believe that we, you and I, are somehow producing monsters, perhaps you and I are monsters, and that there is no single reason because it is all reasons. Single moms. Guns. Mental health. A government intent on taking away our rights. Bullets. Wally, that kid who made fun of your pants in 1983. All these reasons and more conspired to produce not only this mass killer, but the one a few days before, a few weeks before, a few months and years and those who will follow, those who will “top” what this kid did and that our next mass killing may be of children in a Build A Bear store, clowns in clown school, cult members who are just about to kill themselves, or children in Afghanistan or Iraq…. 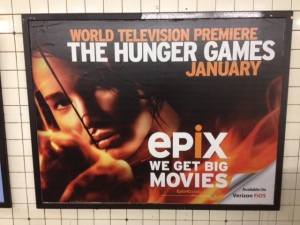 And we may sign in, comment, post to the Book of Face our political leanings, sign some more petitions argue as to how we can clamp down on society some more, invoke more laws, more security measures, more fear, more insane solutions because we cannot face the sanity of the real issue, that our society had broken in so many ways, that our Pax Amiericana is bought not by some new child raising technique farted out of Harvard, not by Politically Correctness, not by some transformation of the human, the naked and angry ape into some super/wo/m/an, but because we use violence to promote our empire against our own civilians, murder men, women and children overseas (178 children killed including those killed under Obama’s government killed in Pakistan, 100-400 children, in Afghanistan, and over a million people dead due to the needless war in The Iraq, a war that served only to divert ourselves away from crushing the Taliban), shelf the sick and ill-formed in our prisons, feed ourselves on toxic foods and patented vegetables, amp up on corn syrup and Nutra-Sweet™, dope out on psychotropic and anti-Someshit, inoculate ourselves in every vaccination cooked up by Big Pharma, entertain ourselves with porn and violence, worship apps and video games blasting fruit or wasting Nazis (call of Duty rocked, but I think I got PTSD from it), waste our minds with sports, worship parents unless their kid fucks up then we sue them for all their property, truncate males into bonsai creatures of non-sex or hyper-maledom, greenwash our consumer choices because we are too fucking lazy to grow our own food, walk to some location, or actually understand that cold water is not fun, dirt can kill, and the natural world wants us dead. Yet, our hybrid car will save the planet. It shuts off every time we stop. And then the starter kicks it on. So that after not too long, we have to replace the starter, computer, and some technoshitfuck whose carbon footprint is larger than that of the Jolly Green Giant, and far, far, far, far greater than the little gas we burn waiting for the light to turn green as we text with one hand and jerk off with the other.

Our society produces these monsters because these monsters are but the few who make it to the light. Like cockroaches, for every twisted individual who blasts a bunch of people, there are many more who will never see the light of day and who yet suffer and fester and of those, more and more will come with guns, knives, bombs, and their claws. They are our barometer of where we are all. In the past five years these shootings have grown, and I propose that these will continue to grow – even if we ban guns, bullets, search people when they leave their homes, and implement other SOVIET-style laws. We cannot solve this problem by cutting one cancer cell out, we must remove all the cancer from us, our society, and like our current chemotherapy, this will be long, hard, make us often a little sicker, and has no guarantee that it will work.

This chance will not lead to a new solution. If the past decade or three is any indication, the solution will find a way to continue to avoid the real conversation, the discussion that all of us must now have to see how we live, how we will need to live, and what we must to do get to that space. The solution will be as perverted as all other activities today. They’ll raise the drinking age to 26. Reduce clips to 10 bullets since reloading is so difficult (hint, it’s not). Have teachers carry guns. Search more of us in public. Ban costumes in public. Assign the FBI to monitor goth kids. Wire tap parenting websites. Make schools look even more like prisons. This not a single issue for a bumper sticker or tee-shirt or petition, this is group therapy for 350 millions of us, but we will fit it on a tee shirt. Yes we can continue to live in denial.

A voice has been heard in Ramah, great weeping and wailing: Rachel crying for her sons. And she was not willing to be consoled, because they were no more. Matthew 2:18