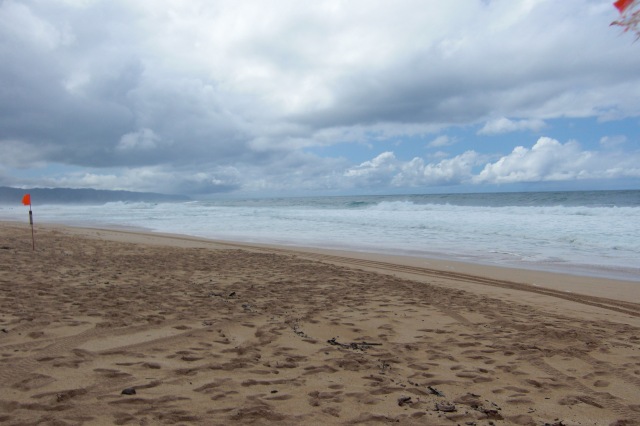 I was considering the “recovery” and the slide of the stock market upwards in this nation and how my friends don’t seem to be feeling very upwards while on a drive through Long Island, the epicenter of the zombie culture that has infected the nation with suburbia, and the world with consumerism.   We are told that the stock market is going up, that oil will now come down with the death of Binladen ™ and while we will never see 5% unemployment or $2.95 9/10 gas at the pump, we will see brighter days…. If we just believe in Hopiechangie and magical unicorns.  That and the Military Industrial Complex.

I had considered that my little view of the world is so small.  I am a small man, a petty man, a smudge on the internets.  While I read all sorts of Corporate Media, my opinions come not from official news organs of the nation, but through personal observation and conversation with people I come into contact with.  This can only be limited since outside of work (where I think they put Valium in the water), people I meet have a dim and pessimistic view.  Perhaps I only travel to visit curmudgeons.

These curmudgeonic cultural informants tell me a great deal that is often opposed to the “green shoots” I read about in the intellectual papers of our US(SR)A propafreepress.  In the data business getting as many sources of data is called multivariate – however, talking to people alone, seeing things out my window, seems to me common sense.  Common sense is not that valid.  It’s called “face validity” in research and I call it “open door research” – that is, you open a door and what you see is what you get (WYSIWYG).  If the world you see out your door is an emerging ghetto, no theory of recovery no matter how learned can replace the “lived experience.”  As Rorty once said, “theory’s don’t march down the street.”

What I see as I travel in my little rat race world is looking as if we live in a very different nation as that portrayed on Extreme [Your Favorite Verb Here] and [Your Favorite Activity Here] With The Stars, or The [Your Favorite Sexual Position Here].  As I sat shotgun on the Long Island Expressway looking up on my iPhone information about Twiki, who I swore was a member of Battlestar Galactica – since I am not totally above stupidity to take up my mind from the ten lanes of the LIE –  I noticed something strange about Long Island.  The  number of “For Lease” commercial buildings, vacant lots with a half-built piece of shit, and abandoned properties of all sorts, the most surprising being a multiplex cinema so overgrown with weeds that I felt we need index these properties for a “zombie filmed on location” location scout service.

James Howard Kunstler in his weekly Kill Yourself & Worship Satan blog described the upper sliver of New York State between Vermont and the Northway.  His report was dismal.  Hoosick to XYZ has fallen into the funk of ghost industry and vanishing farmland.  In my section of the Hudson Valley, the river towns have fallen upon the same fate.  This is not the disaster downtowns of the lower Hudson Valley – the Sowetto of Newburg, Stalingrad of Poughkeepsie, or Yonkers Revisited, but the slow death of village after village as Malls and then Walmarts descended like the alien ships in… Some crap film made in Athens, NY.  In the early 1980s there were almost 600 working farms in Ulster County.  In the late 1990s there were 3.  One can say this is just “change” and that every generation can mourn the passing of such-and-such and Kidsthesedays and ThingswerebetterwhenIwasyoung.  However, the potato fields of Long Island were replaced by Cancer plumes.  The tallest hill on view from Mastic Beach’s bay is the dump.  “Nothing is in the water anymore.  Not even three eyed fish,” a resident of the village who had lived there for thirty-five years told me.   The cancer-causing bleach was leaking from the Coram sewers.  Brookhaven labs shat toxic shit into the water for years, Shoreham power plant a piker compared with the leaking seeping cancer from so many personal trash bags filled with leaf clippings and bags of nitrogen lawn feed and of course, that dump, the tallest mountain on Long Island where generations of assholes (my family included) have ensconced their crappy everything into a tomb of dirt and seagull shit and seeping evil no army of Laura Crofts will ever be able to fight against, no matter how CGI their tits.

In Catskill, NY wedged between the moonscape of former bounty of Kunstler’s Northway and the economic powerhouse of New York City and the suburbia it spawned, the tattooed lost souls walk up and down an abandoned street searching for something we find harder and harder to find.  A reason.  A sense that we are connected by more than TeeVee shows and valued more than representing some “life style” we are programmed to then consume for.   The spike in art galleries, small shops, and niche (read, catering to the rich) industry was replaced with closed stores when the real estate boom went bust.  It was the brief Reconstruction Period of Catskill wedged between the Cracksill Days (yes, Crack Capital of the Upper Hudson Valley) and today’s ….. today’s…. blah.

Motley children skateboard through a renovated and freshly painted museum street where even the long-term shops are closing, victims to Walmart and the fact that along with a dearth of rich to buy expensive crap, there is a dearth of poor with money to buy crap crap.   In anthropology we were taught to listen to tribal voices, other cultures, and learn from them.  We were however, taught that our own could not be understood this way.  What do all these tattoos tell us about where we are and the need for screaming skulls and aggressive stupidity in clothes?  Does this inform us something about our culture?  Our economic stress?  Our environmental stress.  A friend of mine said that if he got a tattoo it would have to be offensive, since that was how The Old People viewed the medium.  Think Gulag offensive….  While we can say, “Oh, this is the fashion of the time and your [sic] just a fucktard [sic] for Notunderstandingmeormymusic [sic]” it is not a judgment about “skin art” in-of-itself, but to discuss what these tribal piercings and depressing images of skulls and “Da Taz” (you fucking know what I’m taking about don’t even pretend) adults draw on themselves as children in the Third World draw on their arms with the pens and markers they beg from tourists.  What does this trend tell us about ourselves?  What do these empty shops and lost farms tell about the New American Landscape?  There was a theory out there in Intelectualand that following the Civil War we entered the “brown decades,” a time of mental trouble and sentimentality best described by the John Rodgers statues – sickeningly sentimental statues meant to describe how we wanted to view out history, and the egalitarian attempt to put High Art in the home of Everyman.

Everyman today has a tattoo.  My favorite tattoo is one of Calvin giving Hobbes a blowjob.  I have not seen this myself, but I believe the story that was told to me by a friend.  I believe it not because it is “true,” but because today, it is so true.  Maybe next month I will one-up it by getting a Nazi war eagle on my chest.  After all, don’t dis my personal style; my skin art says nothing about the sort of nation we have become, or the propaganda we are fed about economic recovery.  Maybe the metaphor of Calvin (Coolidge 1872 – 1933) giving Hobbes (Thomas 1588 – 1679) a blow job is apropos.