All Your Childhood Pets Are Dead 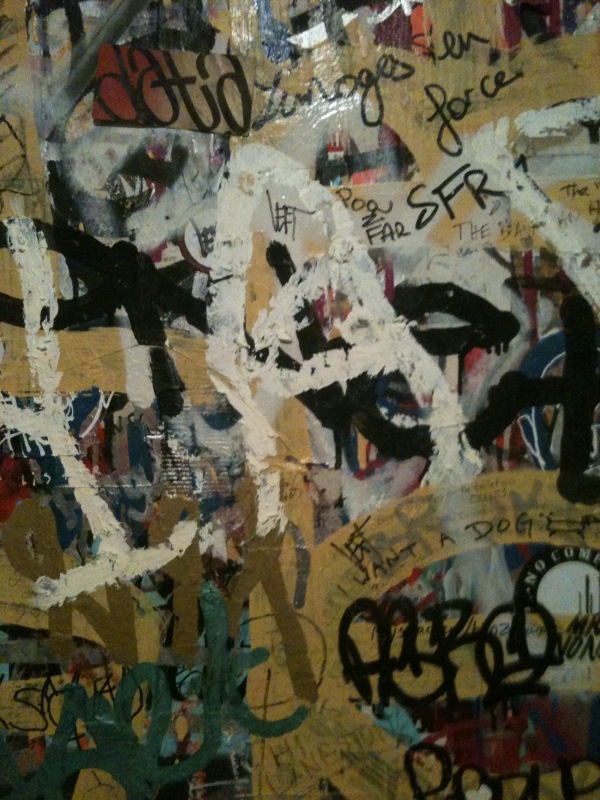 I was joking some time ago to a younger friend that we knew we were adults when all of our childhood pets were dead.  We laughed…. however, it was a sad thought that those furry little doggies, hamsters, kitties, bunnies, birdies, et ceteraies, were indeed dead and gone.  No comforting friends who gave unconditional love in return for food water, and often a leg to hump.  Except that those little fur balls actually didn’t give unconditional love.  It was our belief in anthropomorphic qualities that allowed us to believe in our pets as understanding beings, when they thought “woof” or “meow” more often than “cheer up champ, I know you’ll win the little league game today.”

Today, as adults we face the cold world, divested of the comforts of other imaginary friends – our social institutions.   I have come in to personal contact with people who remember when priests of the Catholic Church were thought of as heroic role models, people who never would have disrespected a sitting president of the nation or the office, who believed in their government services as an example of democracy, who attended social leagues, institutions, clubs, and other collective activities and lived in houses where they knew their neighbors.  I know some old croakers who remembered town picnics and parades where everyone attended.  I have met old people who thought banks were solid, and post offices efficient, and that the nation was run by men who studied hard and made the right decisions.  Old people who remember said that before Nixon, no one would think of calling the president an “ass” – let alone accuse him of being a foreigner or a fucktard.  We had a common culture – of sorts.  We at least believed everyone could say “Happy Easter” and “Merry Christmas” and “Good Morning.”  Then, over thirty years have passed since I was born and I have lived only in a time where we are stripped of all our illusions, from literature’s canon to society’s fabric, to the social contract, to natural law, to property rights, and every other institution we believed loved us, unconditionally.  When I used to return to this country from abroad they said “welcome home.”  Now, we are not welcomed home.  We are eyed with suspicion.  “Why did  you leave our homeland?” the officer seems trained to think.  We are each, alone.

My generation has then made it a sport to take down whatever is left of the muck.  To dig up your pet bunny and play with its remains.  To burn down Fido’s dog  house.  To toss Tinkles into the trash as a dead shoe and not a beloved pet.  To piss on your cartoons, to shit on your stupid brand of music, make fun of your G/g/_/od/dess/es/s, to dickwipe anything you touch and believe in.  We are all caught in a spiraling toilet and everyone now is a gutter punk taking pictures of said toilet and said spiral and saying “LOOKATITMAN WE’RE IN A SPIRALING TOILETMAN!”

At this loss of faith in our institutions our generation has built on carnage the Baby boomers are still creating (some friends call them Boomberclods).  Rather than re-build the Civic the Boomers are destroying, we look to the failures and claim that we need to further stomp these institutions into the ground.  Privatization and self-interest are the wrecking ball of society.  Secularization has become consumerism not rationalism, ecuminicalism has become telethons not community, individualism and negative liberty have become nihilism and empty self gratification where we can no longer get high just taking OC 80 mg, we need to crush it up and take it with Red Bull just to have a fucking emotion.  Schools are not prisons, as Sid Vicious famously claimed.  They are just one room in a much larger prison we are in the process of building ourselves.  Our one faithful emotion is fear.

Cyber schools now sell fear not knowledge.  “Free your child from school violence” not “give your child a great education.”  The police look at the population as potential “perps” and search for “bad guys” as if they’re in some video game and we’re all just zombies (and they have, like, Contra style, 30 lives).  The politicos of the Demopublican Party/ies sell fear of debt, terror, terror debt, and whateverelsesells.  Our need for Xanax is strong.  Thank [your Dr.’s name here] we have some on hand.

With our illusions so gone, it is hard not to replace them with total fantasy.  To invent imaginary pets to replace those we trusted and loved oh so long ago.  Or just laugh at all the “meta” and “post-post” and “GenYXZ” or turn everything into either a) a dumb joke or b) way more important that it really is (e.g. name calling = hate crime/thought crime, not scoring high on standard tests = failure and drug abuse, etc.).  Many are doing just that and creating lives well guarded from the world as she turns.  They live in armed camps, guarded buildings, have TeeVees protecting their minds, and don’t so much as live as LARP their life, except rather than pretending to be a elf they pretend to be an office manager or a Prius owner.  Many in power are inventing a new kind of real, one ready to package at any moment for TeeVee.  I said to a friend the other night that the only reason that the rich have not turned their guns on the poor of this nation is that they are yet too well fed and distracted.  Give it a few  years.  Like the Third World, we too may see guys with pump shotguns standing outside our Micky’D’s and KenTacoHuts.

However, there is a growing number of people who are facing being adults and knowing that what was meant by that old saying…. the one from that book thingy that that letter-writing guy wrote when he said, “When I was a child, I spake as a child, I understood as a child, I thought as a child: but when I became a man, I put away childish things” and we are putting away the childish things.   We have learned we can’t barricade, buy, drug, or lie our way out of the next chapter in our nation, and by extension, the world.  Sadly, the Boomers may not be alive to see the destruction they have wrought, but then, we don’t need to be that kid that goes “ha ha” at the old people.  And there were a few good rebels among them (still are).

My generation may not be awake enough to save the day, the next generation too stultified by iFuckingeverything, but rebels from all generations are gathering strength and connecting, and for that, we have some hope.

5 thoughts on “All Your Childhood Pets Are Dead”