Crisis after crisis hits and it seems that the leaders of the freeworld(tm) are ensconced in their bunkers and watching from the side lines as little people, you know, the ones who pay taxes, are sucked under silently, but for the most part life still appears to continue. The “market” goes up again.  Many claim that corporations are about to hire more, that they will build more, that our economy is on the brink, but it is not disaster but another brink of continued growth and a bright future for our nation as it….

Seems to want to wreck the educational system.  This is occurring in other nations too.  Great Britain has forced a price hike on the students of the nation as our common language that divides has united us in common stupidity.  Other parts of the Americas are in on the act too.  Honduras has embarked on its own assault on teachers by cutting their benefits and undermining their union, and since they killed two of them already, this assault is not the figurative Foxnews rhetoric but real violence (full disclosure, this writer is about to go to Honduras).  On the home front we are taking on teachers, but doing so not to get to the rot of the system, to root out the defective processes and backward systems, but to create a whole new backward system that further strips our nation’s ability to have an educated citizenry.

Meanwhile, we launch another un-war seeing how the first two we started seemed to be either cooling off or getting too boring.  This as the government seems on the constant verge of shutting down, and rogue state leaders ignore the rule of law and govern as radical activists – which they would claim not to be since only the left are radical activities but then these people live in a toxic reality that looks more like H. P. Lovecraft’s landscapes that the world in with the vast majority of us dwell.  This is a war for…. what little oil this nation has?  To show the Arab dictators we support what happens when we no longer support them?  A war to spend the paychecks of teachers on bombs we use to blow up ancient SOVIET artillery so useless I myself can buy most of it at Cabella’s in their Gun Library?  Those Spam Cans of bullets?  You can buy the same crap from AIM Ammo online.  I expect those SOVIET relics to work on overthrowing tin cans and smashing bottles, but useless in regime change.

Our nation has indeed gone mad.  However, what is happening on the ground?  Business is coming back?  Are the lowest housing prices in history?  Is the outlook the best since 2002?  Are the

new figures always the “XYZist since XYZ started keeping records in 19XX” in a numerical feat of supernatural reality twisting similar to our military who manages to kill “the #2 Al Qaeda man” in perpetuity suggesting that like VPs at Morgan Stanley there must be millions of those buggers.  We are told one thing, and then another, and some days both things are true, at least until sundown.  Things seem to be better, yet we are told we are broke.  We have no money to pay for our civic needs, yet we cannot raise taxes.  We are the least safe from terrorists ever, but the milti-billion dollary security industry we have created keeps us safer than we’ve ever been.  The prices are up and we need to learn how to do more with less, yet, the sale is rock bottom and everything must go and prices have never been lower than ever….

The cost of goods goes up, we clamor that this is it, this is the moment that the worlds rips apart, and then they go down now that we blew money stocking up on copper pipes. We are told the market fluctuates and that this drop in price means that capitalism is the only true form and the mavens of the Privateandfreemarket shout “All-One-God-Faith Eternal Creator Exceptions NEVER!!” sounding less like market analysts and more like Dr. Bronner masturbating into his soap – and then prices spike.  And, without reason, they drop.  Like those gas prices a few years ago that seemed to usher in a Road Warrior Age but after a few quarters of  “The greatest profits since XYZ started keeping records since 19XYZ” the oil companies reported, we had a crash in prices as if Chinese fad for cars lasted but a few months and as soon as they saw how fat car culture made their children, they returned to bicycles and walking.

And so we can say that perhaps the fluctuation are “normal” or “typical” or whatevertheshit we are taught to say that replaces the words “crazy” and “batshit.”  Maybe we need to increase the blue pills, or is that the red ones?  It is true that things unfold over time, and here is the issue.  While we are told that the world economy can absorb this and that disaster, such as the Japanese Earthquasunameltdown, the Revoluriotcoups in the Mideast, and the Defaulriots of the Euro zone, and it just may do that on the short-term, the longer term trend is exactly like the weather.  Unpredictable, and leading to increasingly unusual behavior until that itself becomes the norm…. or typical. 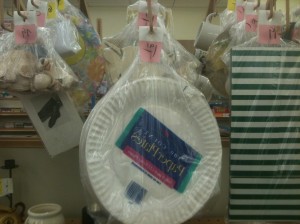 With every cold spell, anti-climate change people rally.  “How can this be global warming since we just had a cold day?” they ask.  We are told that this shift in temperatures and ice distribution is normal by scientists.  When considered on a geological scale, that is.  The same geological scale that considers the earth as a ball of gas rather than solid material as buisness as usual and that eventually the sun will burn out like a light bulb as part of mother nature’s plan.  Which is fine.  And true.  Unless the ground under  your feet is turning to vapor – in which case, you’d not care about this being “natural.”

The changes occuring are not part of a progression, the Darwinian theory of change, but closer to the punctuated equilibrium except that our stasis – our period of rest, is becoming shorter and shorter, and the morphology – the cladogenesis of society – become more unpredictable as to formation of new types (society or economy) or the long-term viability of whatever mutation occurs – since the roadway of natural selection is littered with many burnt out short buses.

For any who have gardened in the past few years, this lack of a gradual transformation is evident.  Were the world getting hotter or dryer or wetter, or colder and darker as a gradual shift, we would make planned and thoughtful changes in our plantings, harvests, and expectations.  However, one moment, it is hotter than Ho Chi Minh snatch, the next moment a Bruegelesque winterscape kills all the snow peas right before it rains dead birds and black snow.  The stress on the woods in upstate New York are evident in the dead trees (a fungus took out our remaining elms, rust attacks many oaks, sugar maples threatened by some new super bug, wooly adelgid attacking hemlocks, and then there is the Chinese chestnut clogging now lakes and ponds and last year I swatted a blue-green bug we could only describe as “new”).   The heat, the cold, the new Asian incects the change in temperature in a day from sunshine to freezing rain, the overabundance of rain that seems to make way for a drought.  This is occurring in all our systems today.  The progression is not from cold earth to warm earth, but an increase in those changes, and shorter durations of calm.

We may yet wish for entropy.

And….?  And, this situation, if it exists, is harder to “prepare for? than any onslaught of Commies, Arabs, or changes that follow a progression.  The expression “like the night follows the day” is replaced by “whateverthefuck followed by anyonesguess.”  Tomorrow, we may see it rain sharks.  Maybe more dead birds.  The Japanese may yet find a way to burn a hole through the earth to Charlotte NC a city the size of Benghazi, Libya.  I sure rather than saying “may you live in interesting times” Confucius would say, “Can’t shit just calm down for one minute so I can think!”

This summer we may see those gas prices the doomsters say will finally break the spine of our paper economy.  Don’t count on it.  That’d make too much sense.

I predict, based on my tin foil hat, that this summer, meteorites will crash near major cities, and we will discover that they are hostile aliens and we will nuke them into the “information age” but not before rescuing several civilians hiding in an LA police station…. or was that a film I saw a poster for?