Finding “the change” that’s right for you 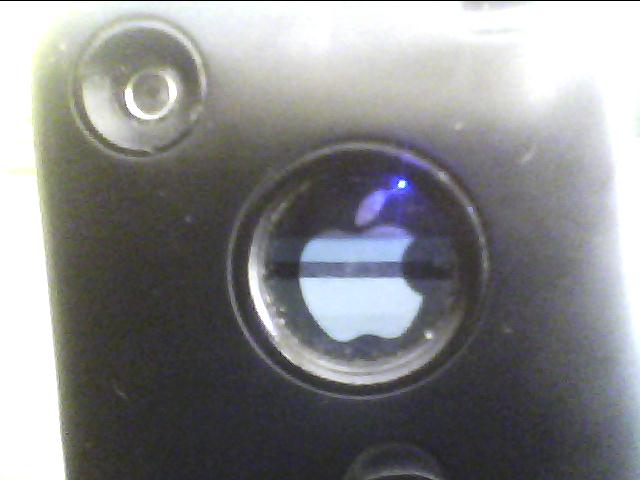 The other day I was visiting a school to inspect one of their programs, and a little girl was told by a teacher to pick up a bottle and put it into the recycling bin.  “Why does this matter?  World gunna’ blow up anyway.”

Ah, children.  The time when one is so positive, so unable to understand the ills of the world… or so we are told when we are adults, then having to push all those childhood fears down deep inside.  I’m not talking about personal fears – certain dark spots in one’s house, certain frightening woods one passes during a walk, certain fun uncles – but the larger fears about the world that children know all too well, and we adults pretend don’t exist.  We adults don’t be lieve in boogiemen, we worry about 401k plans and employee contributions, and cost of living raises, and vacations, not that one day we could all wake up, and the world was changed.

My girlfriend is certainly tired of hearing about “the change” and puts up with it as one who loves another puts up with nervous tics and the occasional bender.  In certain houses, over certain dinner tables, I am actually banned from discussing “the change” the same way many people ban/defriend/eschew an acquaintance who goes all 9/11 Truther or all of a sudden is sure the living God Jesus Christ is about to make his debut in such-and-such days.  So…. I’m “that guy.”  Yes, I look the same as before, my clothes are no better, my hair no more groomed, my complexion is bad, my teeth a mess, my face “ethnic” but I am no longer just a slob,  I am “that guy” who always shed the weird vibe.  “That guy” who has all these books and papers in his room and is building a model theory of corporate control over the government and the construction of a massive surveillance industry that employs half of the middle class to murder the other half since we’ve run out of things to make and important things to do.  “That guy” who has taught Adam Curtis documentaries to high school students, studied Peak Oil back in 1996, refers to the 2000 election as “stolen” and the wars in Afghanistan and Iraq as “illegal.”   that guy wears a tin foil hat convinced that the “gubberment” is tracking his online movements and convinced that at least one of the four cameras pointed at him at the Connecticut Muffin – four of a total of eleven I counted since I got here…..  that these cameras are reading his mind and that his cat is a double agent for Houghton Mifflin Harcourt, that Charlie Sheen is not crazy but warning us all in code and is a secret agent for the Catholic Worker.

Walking down the street girlfriend asked me, “You’re not going to tell our children about ‘the change’ are you?”  I assured her no.  “I won’t tell the kids about the change.  I don’t want them knowing just how good we had it.”  I had asked her the week before, “what is the thing you will most miss when the change comes.”  She had her list.  I had one thing.  Hot water on demand.  “Huh?”

I grew up in a house where the well would run dry and we’d be without water for weeks, and often months – the longest was one year of terrible drought we went without from June until late October.  Even when we had water flowing out of the pipes, hot water always ran out and the heater always kept just a few degrees warmer than pee.  When I went to college, that’s were I discovered live with hot water on demand, as much of it as one wanted, a boiler that never ran out, I must have burned through a thousand years of natural gas just in two or three years at college.  This, small thing we no longer even consider, I will miss.

You see, I explained, being aware of “the change” is not just planning for some far-off unknown event. It is also being aware of all the good things we have at our fingertips, and understand that these things don’t just come to us for free and without damage to other people and environments close to us, and thousands of miles away.  So many little wonders we use, and toss out, are still taken from the ground without much thought as to consequences.  So many products we use to make our life easy are not assembled by robots, but people.  People pick our green beans.  Those pears in the store with little papers wrapped about them.  People selected those pears and wrapped them.  I know, when I was young I did migrant labor on an orchard.  That’s hard labor.  The computer I am using, perhaps assembled by women in China.  The power cord, plugged into a grid that brings in electric perhaps from a huge coal-burning power plant feeding off of the Ohio River, a dam up in Canada that has flooded tribal hunting grounds, and a certain nuclear generator built on an earthquake fault line and located 60 miles from one of the nation’s largest cities.  The coffee, what is fair trade when you work 16 hours a day in the hot sun picking beans, dry them in your drive way (un-roasted beans smell like ass), cutting down rain forest and exterminating spider monkies so your kids can have a Trac phone? The ancients believed that the world was governed not by a benevolent god/s but by a “limited good” – the theory that if a good thing was to be brought into being, something had to be sacrificed… And so, this appears to be true, since some comfort cannot be attained without robbing it from someone, or something else.

To add to the problem set, we have rocketed into a teleological advancement of a rapid state, and consider that we all are advancing and “growing as people” individually and as a massive world-wide wet brain.  However, the greater the complexity of system of interdependent moving parts, the more certain the probability that this machine will break down.  Evolution not an endless simple to complex system, but simple to complex, full stop, simple to complex.  It’s a mathematical certainty, of the same nature as the oft quoted “on a long enough time line the survival rate for everyone is zero.”  Except we’re not sure if in the “A ⇒ B ∧  A ⊻ B” is a true statement.

No one’s tin foil hat can predict when this “zero” will hit.  My tin foil hat cannot tell me if the zero will be global for humanity or a personal zero.   Those of us constantly on the fringe of economic survival cling on as the growing fat finger of the system flicks us off and we expect a zero anytime, if not at least in our bank account.  We’d all like to think the world stops when we die or run out of money….. but it doesn’t.  It keeps on turning, shitting, and fucking as it has for a googleplex(23) years before and will keep on doing.  Maybe this Long Emergency, The Change, the collapse, we constantly consider is in part driven by the fear that each one of us are being zero-ed out and we wish we had some company…. like the rest of the world.

My neighbor upstate said as much when we hoped that in 2012 we’d all die,  since after two heart attacks he knows his time is coming to and end. He said he’d enjoy the company.  And then again, perhaps those of us who have known about global warming since Carl Sagan,learned about environmental die off and population issues from Stephen Jay Gould, learned about peak oil, empire, corporatism, military-industrial complex, prison-industrial,surveillance industrial, fluoridated water – a chemical treatment the Nazis figured out whitened teeth and made people more docile – and have some concern that all these elements are fitting together to create a country that looks little like it did thirty years ago, and that perhaps our children, my children, will be born into a world where not only Connecticut Muffin, but every inch of the world is covered by a seamless experience of surveillance and corporate control – and belive themselves to be the most free, liberated, and aware dumbest generation ever…. perhaps we’re on to something.

So, we need perhaps to look about at how things work and then choose the collapse that seems most likely and The Change that’s right for each one of us.  There are certainly a great many theories, and sub-sets deeper than any Talmudic minutia, but the collapse and changes look something like this:

There are more details, but those are the general areas.  Everyone then looks to their news source to see what signs are out there that prove their theory right.  Then we discuss on our blogs, and comment on other blogs, and go to bed anticipating what fresh proof we will find in the morning the way many watch The Daily Show expecting that Steward “finally nailing it” will turn the tide of Da Craxy that is washing over the nation… only to find… not.

Then there is our response to “The Change.”  This describes as much about our thinking skills as it is often set by our own financial constraints in that do we pay for the beans we need to eat now, or those in the bucket we will more than likely have to toss out in five years when nothing happened or men driving really cool buggies and wearing skins and football gear will rob us of after raping our woman and shooting our dog if the change actually occurs.  It also describes how each one of us addresses the unknown and unexpected.  These reactions generally fall into certain areas, such as:

There are more responses than listed above (see “Bug Out or Dig In) and as many scenarios as we have capacity to gather facts or, in this post-fact world, think up.  One thing that units all those who look into the void of collapse is that many are not just expecting for change, they are calling for change.  Under all the loonie tune talk, the strange ideas of $5 a gallon gas causing Cairo to come home to Cairo, New York, there is an intense dissatisfaction with our current institutions, our culture, and our personal ability to be connected to one another, government being only one extension and expression of connection.  This call of “the change” is also a call “to change.”  The rice I keep, the guns and ammo I may buy, the skills I try to learn, these are my change.

Right now, my girlfriend’s demon dog was telling me to buy gold, but after I tossed about a squeaking rubber chicken for her to fetch, she calmed down and said gave me some insider information that if a few hundred thousand people all bought a troy ounce of silver we’d bring down Morgan Stanley since they shorted silver.  The older guy at the cafe is looking at a website called “Silver Daddies,” a women just out of sight is talking about her therapist, a teacher-looking gal is reading children’s books marked “Return to Room 131,” a college-looking girl is on her cell phone her iBook open, the cameras are watching, and life is much as it’s been before and will continue to be, world without end.  In some distant part of the world.  A butterfly flaps its wings.

5 thoughts on “Finding “the change” that’s right for you”