Across the river from the National Capital, is the city of Alexandra, Virginia, a splendid city chock full of history just a jump on the other side of the old Mason Dixon Line. Today, unlike those days of the ancient regime, the city – especially the Old City – is full of people who are unlike the city’s ancestors from the days of the Peculiar Institution.

Today, Old Town is a reconstructed version of itself. Narrow streets string together quaint collections of preserved houses that were once home to friendly innkeepers who ran secret Constitutional meetings. Many of the cobble stone streets were built by Hessian soldiers hundreds of years ago. The restaurants, bars, and boutiques are trendy and solidly upper middle-middle class – not that this nation has a class system as the British had had, especially at the times of King George III. Since we are an enlightened democracy, we are a society without any class whatsoever, and today increasingly this lack of character has become more apparent in current media and social media discourse.

While crass as our society may be outside of the prefect of Old Town, inside this un-walled un-physically-gated community prevail gentle trade winds. Certain tax brackets within the codes and ledgers of the Internal Revenue Service have clustered in this zip code. It appears that the higher end of this financial spectrum settle and play in Alexandra, Old Town or are otherwise overrepresented if tallied by certain demographic data or at least a casual visitor may find based on a solely singular interaction with the Old Town.

The old city is rife with Revolutionary era monuments, museums, and the colonial era buildings are restored to perfection. On certain streets, there are many crowds of visitors who come for the various oyster houses, the ice cream shops, and waterfront attractions, such as the many shoppes and eateries in the old torpedo factory where spinning bombs of death were manufactured to put down U-Boats and Imperial frigates to their respective watery graves. The visitors stand for selfies, crowd about people dressed as Colonials, and can block up or plug up many walkways as is the behavior of this species.

On other streets are the residents, who dress rather in costume of a bygone-and-skipping-right-over-the-Recent-Unpleasantries-period, have doffed cosmopolitan attire, the sort called “professional attire” by those who shop or run private errands in pajamas or gym clothes for comfort and fitting of their unique biometrics. These residents are perhaps counted among the visitor logs as lobbyists, vendors, contractors, bankers, and others who control many levers both physical and metaphorical. 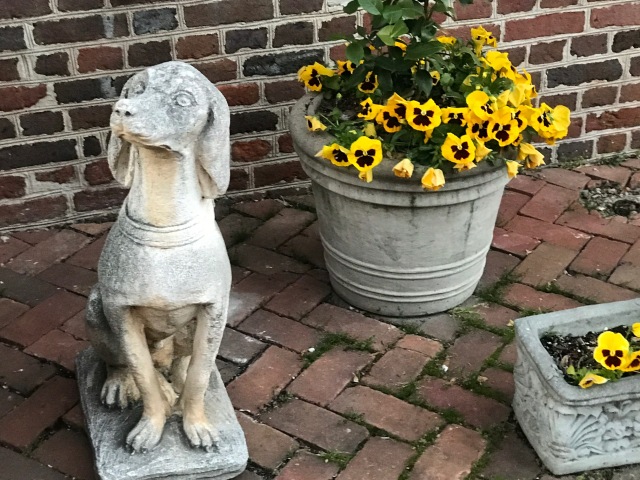 In the Oyster House during the happy hour, there is a clear mix of visitors, such as myself, and the locals who are off from their employment implying they work banker’s hours – while with the frantic thumbing of the Blackberries and Phones of i between gulps and sips and conversation – they may still be at work albeit after-hours trading or aligning deals in areas of the globe where diurnal activities are occurring. 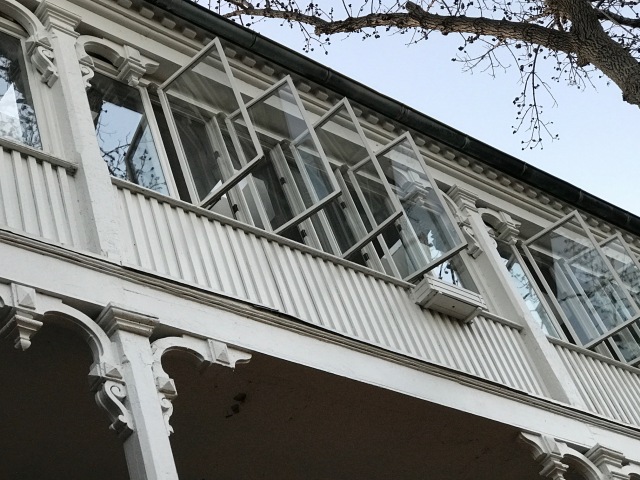 There are many oyster bars in the capital region. Despite how toxic the Chesapeake Bay has become, the crustaceans are sought since once these were a staple fare of the area and have become synonymous with the culture of the mid-Atlantic states and certainly the art of the deal is made over martinis and a fecundity of items that require slurping, sucking, breaking, and specialized cutlery.  Today, the culture of crabs and shellfish is strong, even if these delicacies (as they have become today) must be imported from far away and technically cleaner waters.

The culture of oysters has changed since those old Colonial days since in the days of that era shellfish was considered a lower class food, borderline famine food. In Maine, it is said, prisoners stood in revolt at their treatment, having been provisioned with no fewer than two lobsters per day for dinner. I can only assume it was without butter or bread or access to tartar sauce, which would change things dramatically.

Oysters are varied and like wine can require an expansive understanding of the region, water temperature and multiple other elements in order to truly understand each variety and the month upon with to sup them. Oyster names are similar to those now given to small batch alcohol companies in Brooklyn, cafes in Portland, and breweries in hidden locations among the mountains of either 1) Vermont 1.1) Colorado. One must have an expansive vocabulary and easy access to descriptors that like those who describe wine in order to describe the experience of eating these creatures. Statements are profound. Comical so considering that these are the same things seagulls eat.

To truly hold standing and gain respect of those about you at an oyster feast, especially in a storied establishment – from Boston’s Oyster Bar (Union), New York’s Oyster Bar (Grand Central Terminal), Washington D.C.’s Oyster Bar (Old Ebbitt), or the Oyster Bar in Old Town (Hank’s) read up ahead of time. The precision of taste at each specific stage of the eating process that must be understood, from the oaky front of an Blue Old Gregg, the truffle texture of a Amaganhsetarglebargle one chews, the sweet saline after taste with notes of sand dunes where people don’t obey the ’stay off the sea oats’ signs, marshes with no plastic cups, and a tide that does not include PCBs or Benzene.

To be a proper Oyster House, the menu must be for that day only printed on pre-dirty paper. There are bonus points to running out of a certain type or variety which is crudely crossed off with a pen by the bartender only after you ask for two dozen. Unlike any other restaurant where the lack of the hallmark Blooming Onion (TM) may lead to several lawsuits, shortages and poorly communicated last-minute menu changes are only part of the best locations. While the space of each of these bars is like that of an old club – oak panels, converted oil lamps, some brass implements from scuttled ships – oysters are best served on banged up tin pans that may also double as dog dishes.

Oysters are served on a bed of ice, and always with a pile of crackers specifically created for oyster consumption. These are not water crackers which to place the oyster upon like some slime hor d’oeuvres – since one must eat directly from the shell – but miniature crackers shaped like pebbles with the taste of hard tack that are to be placed in soup but with raw oysters are eaten in a handfuls or generally discarded by confused patrons so that a single plastic bag of these crackers may be reused by the clever waiter for the better portion of the day. 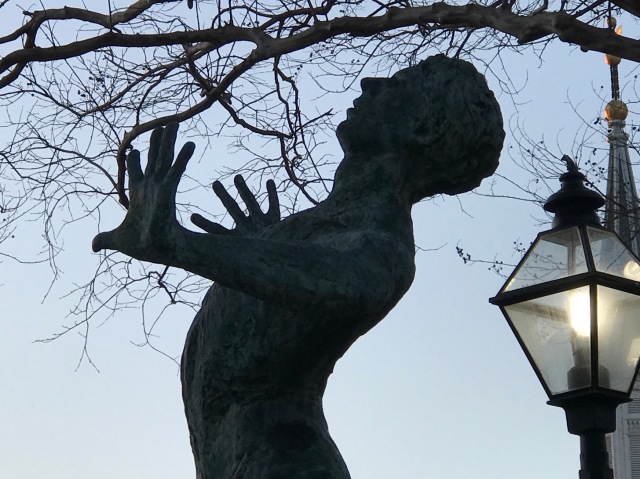 If you don’t mind losing out on some of your oyster ‘cred,’ you can dip these crackers into the sauces or just ask for additional crackers and put them in your pocket or bag so that next time you wear that jacket or accessorize with that bag you can reach in and remember that time you visited the oyster house some months ago and then toss away the crackers or put them into the closest junk drawer if you are a hoarder.

The other gastronomic draw of the Old Town appears to be ice cream. This ice cream is sold in places where tourists stand in lines waiting for their turn. Perhaps the success of the Old Town Ice Cream Industry has something to do with a feedback loop, one place is successful leading to additional competitors leading to people associating the location with ice cream and in turn, additional establishments opening. That or perhaps there are some historic quality and pilgrimage of some sort this writer doesn’t appreciate such as Dolly Madison lived on the street or the recipe of sugar, dairy, and ice has been handed down since seventeen something.

Certainly, if there is a time in your schedule from protesting or lobbying or gambling or whatever may bring you to Washington D.C., do try to spend time exploring Alexandria and if not to enjoy the oysters old cobblestone lanes and all that history, try the ice cream on Prince Street.