Panic! In the Deco

Miami Beach is today built on the ruins of mangrove jungles and brackish water pools that had stood for æons breeding mosquitoes and nasty little biting things all eaty and lickery as Nature is given to poop in strange places and tends to put claws and venom on everything.  Sometime in the late 1800s civilization was brought to the beaches.  Builders and developers focused on the beach and in time developed a number of settlements.  Some of these were small bungalows, and others grew into a collection of Art Deco hotels and buildings to entice those first elderly settlers, the forebears of today’s snowbirds.

There were many decades of fine linen suits and sundresses and drinkies at 4 o’clock.  The South Beach grew to meet the North Beach and for years this was a destination for the well oiled and kept the scullery maids bleaching the antimacassars and sweeping out the water bugs for the seasonal visitors.  Sometime after 1964, the city fell into decline as posh people went somewhere else as the development of our Nation’s wild lands is but a story of people moving away from other people and then new people moving away from those people until one day there is nowhere for us to escape one another and we will indeed, have to attempt a final conflagration.  As the members of our society who could keep their shit together created Coconut Grove, Key Biscayne, and Fort Myers, Miami Beach came to be like all former resorts, a dumping ground for undesirables and deplorables.  Elderly folks living their golden retirement years in flophouse hotels, beach bums wandering in a daze from too much sun and the effects of drinking rubbing alcohol for dinner, and cocaine cowboys making their own version of the American Dream(TM).

The beach was a dilapidated section of a town of crime, trash, and rotting structures.  Several buildings crumbled or were torn down before interested and visionary members of the community came together to save the 950 or so buildings of any note and in this way preserved a number of Art Deco buildings that still defines the character of Miami Beach. Thirty years after being placed on the National Historic Register these old hotels are the center of a revival of the beach life and in almost all squares of undeveloped land there is either a construction team or already a hotel built in the past few decades. The main drag remains South Beach.  Ocean Drive is lined with restaurants all of which have attractive women standing outside and attempting to entice the wandering masses to come in for a bite or two of whatever is in the backroom microwave.  There are still remnants of the older bad days; there are allies of refuse and indignant souls.  There remain some ghosts of crime and machinations of an illegal manner that still lurk in the corners and dark shows of the parking garages.

Some years ago I was attempting to distract myself from certain relationship issues by traveling to Guatemala.  The inexpensive flight had a stopover in Miami for the night and I made plans with a friend of mine who was living in Fort Myers at the time to drive on out and we would party on South Beach.  Since the revival of the area, South Beach is no longer the linen suits of old but more like the thongs and side-boob of new. Perhaps there was never a time when the area was of a refined and polite time.  Who can be polite in the summer heat and who needs to be refined when mosquitoes are sucking the life out of you?  Perhaps the garish DJs, the flashy trashy crowds staggering up and down the avenues are the same as those of old other than these have synthetic materials and boom boxes.  Bethatasitmay, my friend and I were not too offended by the antics and planned to enjoy the sights and sounds that the beach had to offer.  I booked a cheap room in one of the last inexpensive hotels on the beach (I do not think it is there anymore). 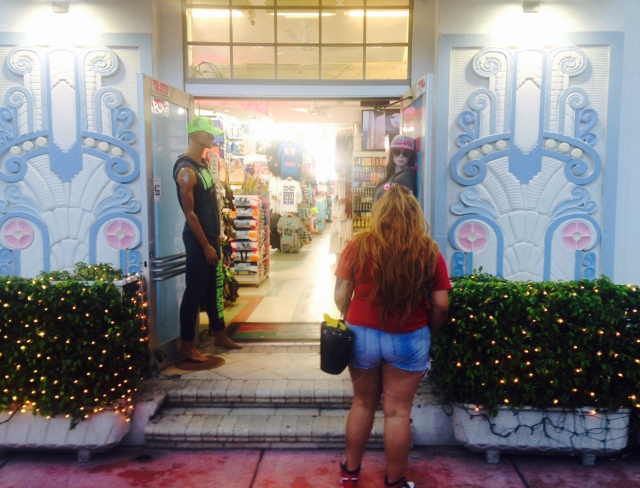 I was leaving from work and my employer detained me with a last minute meeting resulting in my just missing my plane.  I called my friend.  Not to worry, I was spending a little extra to get on the next flight, having missed about 2 hours of the night.  I landed on time, and my friend picked me up in his silver convertible, and we drove to the beach, parked the car, checked into the room, and went to the strip for a late dinner.  The people watching was in high gear.  We knew we missed the peak hours, however, the quality of spectacle made up for the quantity.  I didn’t know so many rather large humans could fit into so much gold lame.  I drank a few glasses of wine, tucked in our victuals, and made our way to a club like a spot called the Clevelander.  I am sure a few of our dear readers have been there too, or conceived of a baby or contrived a disease after a visit to this apparently, unknown to me, famous establishment. 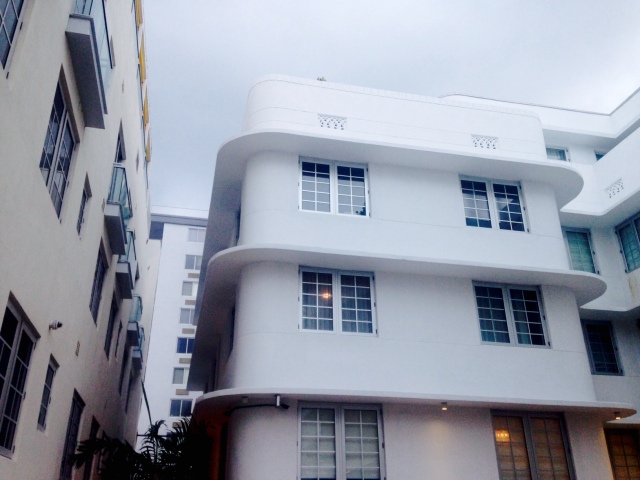 The Clevelander is one of the old Art Deco hotels that line the strip.  This one has been reimagined as a nightclub of sorts.  Having been there again, years later, so much has changed but nothing, not even the purple lights and DJ booth, have changed on the Clevelander, a hotel made famous by being featured on the Music Tele Vision channel back when the channel played music videos (for those of you too young, these were professionally made accompaniments showcasing songs and lasted for the duration of the song and not 15 seconds before vanishing nor contained cats held up by their owners in front of a piano and hastily uploaded to a hosting service). 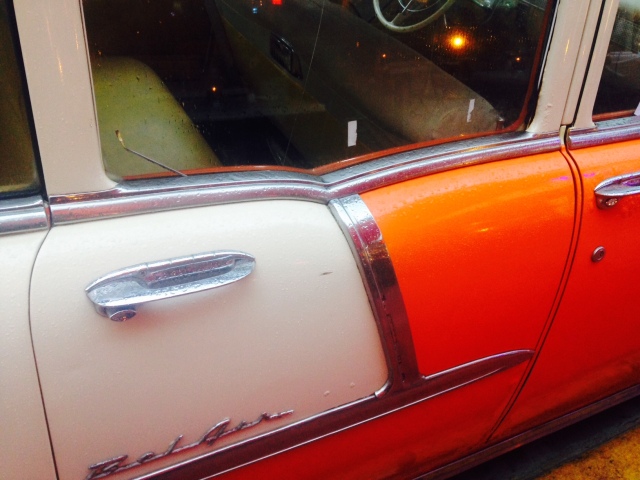 My friend and I were in disbelief as to the anticsin that they were tame compared to those goings on in certain nightlife spots of Gotham in the late 1990s. However, we were several martinis deep so perhaps we were easily entertained.  The flashing lights, the pool party, and general whoo of the place entertained us until finally it closed down and called what we thought was an early last call.  We somehow got a connection for an after hours club and wandered inland a few blocks (perhaps miles) with a small group to go to what seemed a dismal warehouse.  Reggaeton blasted and clearly there was a different energy in this space.  It was closed off and dark and didn’t seem particularly fun, so we drank up and left.  Wandering back to the hotel we came across a frat guy drinking with a homeless vet named Gary.  Gary had been living on the beach for thirty years and had seen it all.  The frat guy was from College Town, PA, a place that actually exists and produces degrees in various subjects as well as dudes who say “dude” a great deal.  My friend and I had no quams drinking with the kid and homeless guy and whooping it up.  This caught the attention of some guys who said they could “light things up with a little yay.”  We generally [don’t do drugs], but this seemed culturally appropriate.  Obtaining some funds, we moved into an actual alley, the sort of place behind a dumpster people say a cousin of a friend of theirs entered before waking up in an ice bath with a kidney missing.  We managed to keep our kidneys, and had for our new friends some sort of narcotic that turned out to be baby powder, much to our deep disappointment since, by this time, we were falling apart. 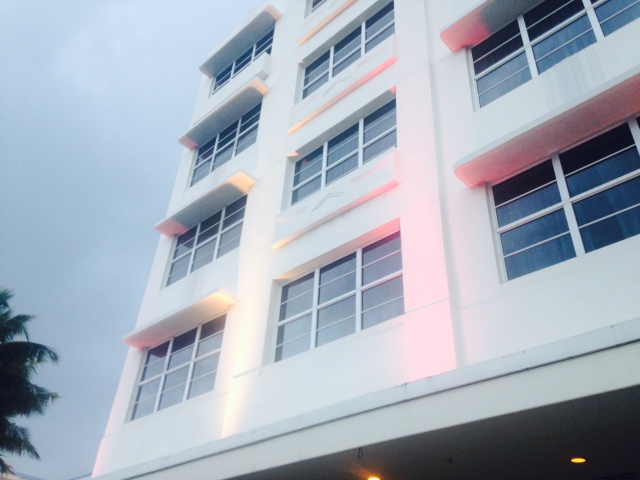 I had a plane to catch in a few hours.  The next leg to get to Guatemala.  I needed to get to Miami airport very soon.  My friend insisted on driving, which seemed to make sense at the time, but he went to lie down in the hotel room, a room that as the sun started to rise, we had not touched more than to drop our bags and run.  While he passed out, I wanted to watch the sunrise, this being the first time I had been to Florida since 1978 or so.  On the beach, it looked like a zombie army had been vanquished.  People passed out, homeless milling about, and a few early morning health nuts out jogging among the human pollution.  It took quite an effort to rouse my friend, and we checked out and somehow managed to make it to the car.  With the top down, I have but a fuzzy vision of the drive and of course, I missed my flight.

I came to the ticket counter and a very angry employee exclaimed that deplaning my bag would cost me in addition to the fee for a new ticket to get to my destination.  I somehow, with the sand in my hair, stinking of a night of drinking and somewhat whacked out on actual baby powder (it does not get you high), they believed me when I said I was late due to being mugged on the beach.  I don’t know where this story came from.  I don’t know what liar inside me contrived this tale, but it came out of my mouth.  “Where is the police report?” the airline clerk demanded.  “I had them mail it home.  I am going to Guatemala, and I didn’t think I’d need it.”  You missed your previous flight.  Well, this trip isn’t going too well.  I managed to escape the higher fees concerned with the baggage but paid an additional cost for the change in flight, which put me to my destination several hours later than I anticipated and originally planned.

I guess this was a fitting way to experience Miami Beach in all its modern craptastic glory.  As I have returned to the beach, older and perhaps wiser, I wonder what fools are running about the city tonight and each night hence.  However, as I had an early work day, I turned in after dinner and left South Beach to its vice and flashing pumping music and the neon blinking lights of the old hotels now reimagined as an endless keg party few but the wealthy or thriftless may afford. 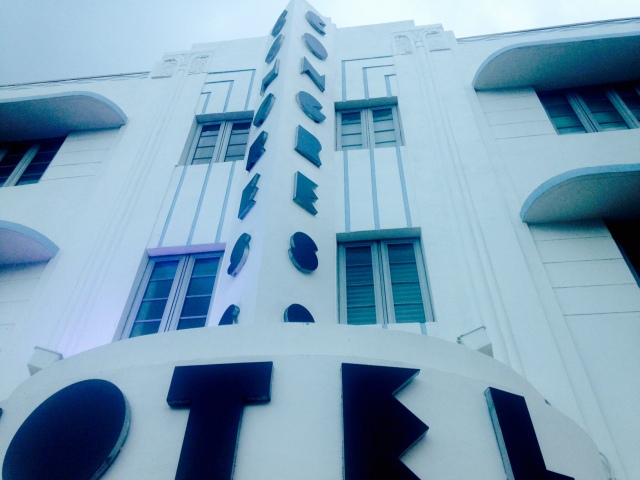