Camp Heroes for One Day

Camp Hero is out at the end of Long Island and for many is just a part of Montauk, the fabled end of the island where Olde New England hangs on with bitter fingers, salt air ruins your cheap beer gulped out of a plastic cup, and those who cannot afford the Hamptons make their way to something that resembles Lake George By The Sea in the novelty tee shirt and souvenir hoodie stores.

Tucked to the side of the main road, the last highway left on a now suburban horror of twisted former farm to market roads and ill-planned divisions and subdivisions, is a park named after the former military base.  In times past, this base and others protected our shores from Nazis or Communists or killer sharks or all of those and more. 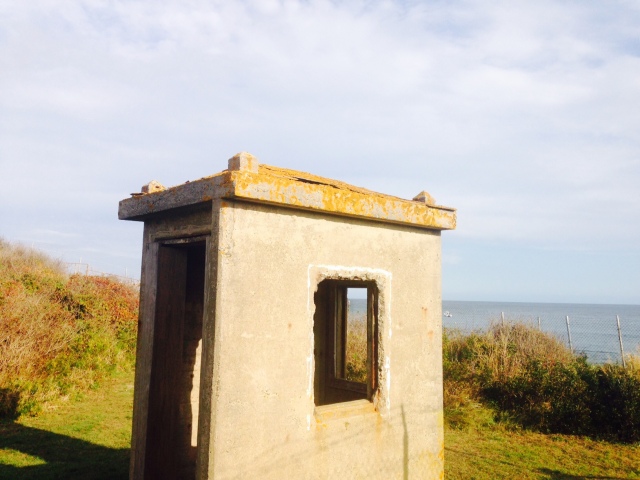 While Long Island is certainly the fabled potato and duck farms then turned into the first Edward Sizzorhands suburbs, there are a number of strange and frightening elements of the island that could make any tin-foil-hat area 51-er blush for not having thought, “Long Island, yeah, I never thought UFOs were stored in Longfuckinisland…”

Camp Hero is one of those creepy places where stories abound.  If not in the reals, certainly in the imagination of my child self and the child selfs of my at-the-time friends.  When I was young, many fathers worked for secret organizations.  There was a computer giant that ran the Cold War using paper punch cards; there was an airplane manufacturer that bombed Dresden and burned to death hundreds of thousands, there was the laboratory of sick and twisted animals and infections that made you burst and drip from places mother said never to talk about, there was a testing ground for jet engines to take us to Mars, and of course, the cyclotron. 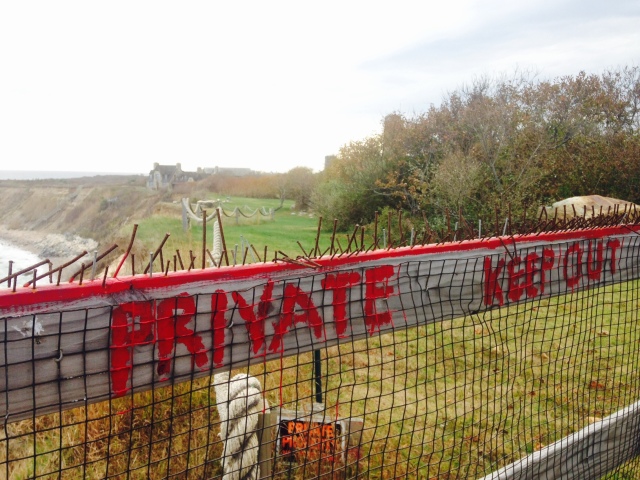 When they fired up the cyclotron, Winnie was convinced it was going to blow up the universe.   “It’s going to create a fucking black hole!” she said at the kitchen table, lighting another Pall Mall that would eventually lead to a particularly evasive metastasization.  We kids had just viewed Carl Sagan’s Cosmos on the Public Television Station and learned about the Death of The Sun and Black Holes. And we always knew and feared the SOVIETS. 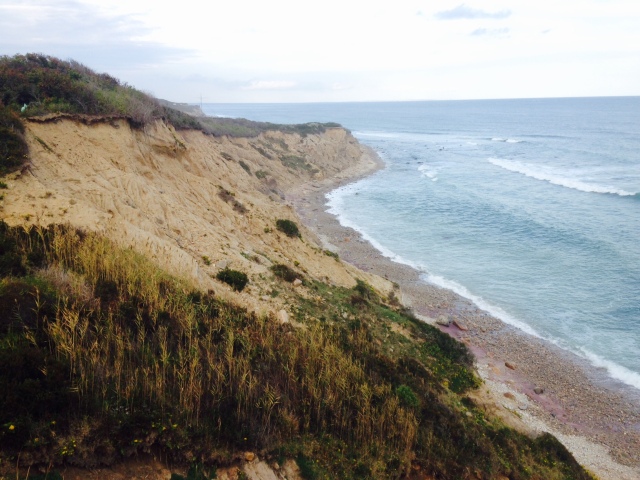 So, like, we needed another reason to shit ourselves to sleep at night and thanks, Winnie for providing the inspiration for a particularly fecund form of slow neurasthenic diarrhea about the EOTWAWKI.  Old White Men in white lab coats were going to smash atoms and either blow up the universe or cause a massive thermonuclear explosion forcing us to flee to New York City, which was just slightly more frightening at the time than Total Nuclear War, Ifyaknowwhatimean. 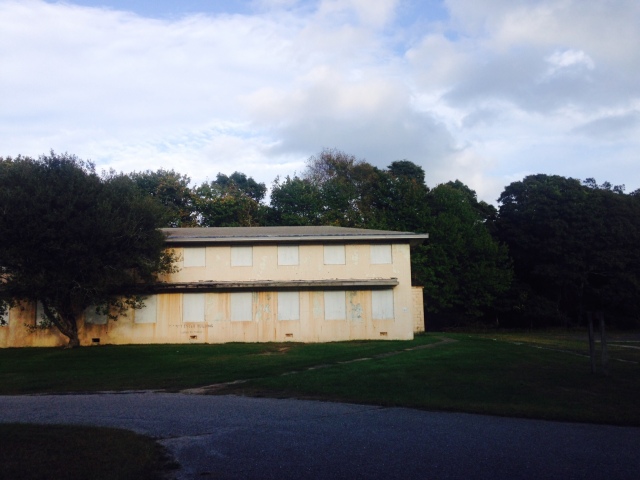 Out beyond our settlement was at the time on the end of civilization.  Beyond us was a native reservation, a mix of decommissioned elements of World War II, current elements of the Cold War, strange experiments by The Government, and the last of the wealthy New England families of Long Island – I am certain to-a-one suffered the same maladies as those dwellers of Innsmouth, Gormenghast, or episode 68 of The Twilight Zone. 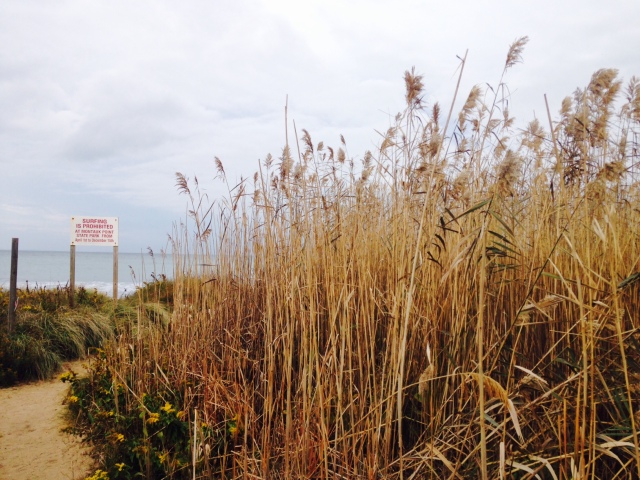 On the few occasions that my parent would drive out to those ends in those days, usually to the village dump just outside of Mastic Beach to dispose of some large rat-infested pile we had collected in the pony trailer, we would pass the Pine Barrens, a stretch of uninhabited woods that today serve as the only break in an unending blanket of craptastic Geography of Nowhere.

I wondered what was in those Bentham Woods.  At night, the twilight as we drove looked like the morning sun, and I wished for daylight again, I wanted to live forever just in the backseat of that station wagon.So to this was Camp Hero.  A place that even then had a park admission fee that was more than we could afford.  Nevertheless, one could see the radar from afar, and for free. This radar was built in the World War II as part of the aforementioned defense against yadda yadda blerg  terrifying, scary, scary boo.  My sibling and I had managed to get our hands on copies of Omni magazine, a then center for science fiction.  While the reading parts bored me to d-e-a-t-h, the images of these aging technological structures on distant planets were chilling and at that young age I knew, the future was then. 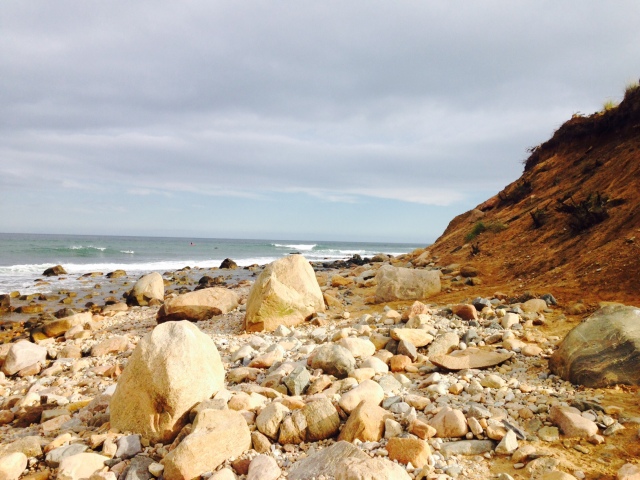 The radar towered out of the trees, something out of Star Wars (which had just come out that year) and yet an indication that for this thing we were allowed to see, we knew so much more was kept apart from us.  The strange happenings and whispers of the adults who, without benefit of the Internet or Social Media, knew about all these horrors and stories of madmen being hit by cars after escaping mind control tests out in the pine woods, strange diseases killing scientists and cover stories, UFO parts incorporated into equipment that blasted more of these men in white coats into dimensions they would never recover from.

As I drove my rental car about the ruins of Camp Hero, I remembered so much of this, real, imagined, and Winnie at her kitchen table.  The buildings were still there, as I both remembered and imagined.  And there, like a centerfold was the radar.  I parked my car next to the Do Not Barbecue sign. The autumn sun was hanging low over an angry ocean, and the salt mist was defusing the already dying light of what in summer may have been midday.  I remembered the smell of the salt, the rotting oak leafs, and the silent pines.  I could not approach the radar, but beyond the fence of chain link were deer silently eating.  I thought of the many installations not just on the island but those of other locations I had come upon.  I thought of those old childhood fears.  I thought of these new fears and chuckled to myself.  What new and strange ruins are we building as monuments to our profound obsession to extensional threats?  I got back into my rental car, drove slowly about the blast walls and abandoned battery, and made my way back before dark.  Before the monsters come out of the pines. 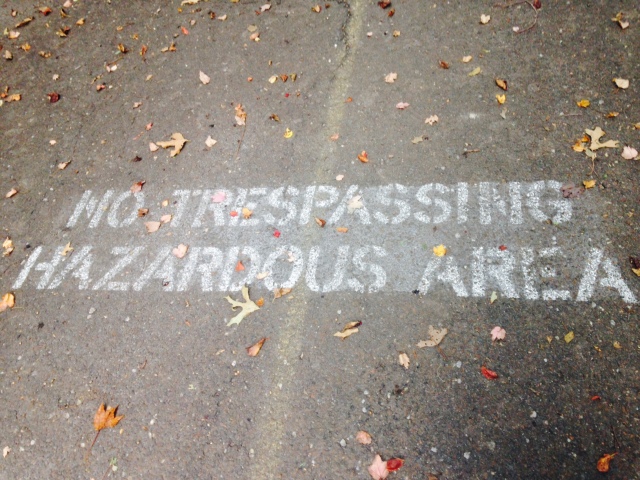