The Joys of Getting Lost

I was young, and this was back before everything was mapped out by machines of loving grace. Before the day where you could just punch in an address into your iThingamajiggie and find anywhere in the world.  Not just find it, but see every detail.  The satellite of love godcam, the road and alleys, the topography and political boundaries, and everything at the click of a button (and maybe one annoying download or iThingamajiggie update).  You can find the route to get to anywhere in the world down to the minute you would like to arrive and how much walking or by what means you would convey yourself there if, say, you would like to travel by flight to Ittoqqortoormiit or needed to Uber to Afghanistan.

For much of what was once God’s Green Earth, you can take a little digital-man-person-thingy-icon and drop the bugger anywhere in the world.  This simple action allows you to see the “street view,” to see what would typically have taken you quite a lot of effort in taxies, buses, and airplanes to see.  And as a bonus, you get to see the buildings or burned and scarred earth that is there now, or go back in time to see what was there before, like, bloody hell where did that building go wasn’t there a church there just a moment ago? Now it’s a condominium complex or Snap Fitness 24/7 Non-Stop workout place. Today you don’t need to know where you are going.  Or where you live.  You need to know the address, and in many cases, you need not know even that.  Thumb away with your keypad, and in a terra-second you’re there.

The first time I ever got lost was in the mall.  I was perhaps looking at the pets at the pet shop or maybe yearning after some food – we were hungry in those days since my parents were indigent – or maybe just because I was an asshat in bell bottoms and plaid and where the hell is my parent?  Parent!!  I screamed out.  Before long, a mom showed up and the nice lady, rather than kidnapping and sodomizing me in some devil worshiping ritual as they did later according to WPIX and the media (I was a lucky to be alive betwixt all that sort of thing), she took me to the lost and found of children or something.  At the Lost and Found Children place a nice grandpa security guard rather than selling me into slavery made an announcement on the mall speakers, Ladies, and Gentlemen there is this piece of shite here bawling loud and blowing humors out of both ends “can some biologically-related sack come and get this gobshite?” the nice man asked The Public/s.

When I was able to finally afford a car of my own, I broke up the routine of work and a poverty of a social life by stuffing my few friends in the car to take a left turn vacation. And by “few friends,” I mean Scott and my sibling… who was there not so much to enjoy the day as to monitor me so I didn’t escape and leave the house of my parent.  To start, we drove past the point where all was familiar and at the heliosphere of our known universe, initiated the system of random turns, first only to the left, but then we took it to a vote and sometimes at high speed “which way do you want to go? with a quick screech of the tyres choosing one universe out of so many others.  On these vacations, we went from mountains to hills to farmland to woodland to a strange area where people in pickup trucks all of whom had guns said that we were not welcome.  I mean, this is a public road, this is a free country, I thought really hard as I agreed with them, carefully turned around, rolled up the window as I drove, and took off.  To this day I don’t know where we were or who we met.

The next time I remember getting lost I was in Rome.  The Eternal City.  I had a book that a decade later a German who I met in Guatemala would call Zee Book since each tourist kept Zee Book in hand and followed Zee Book to the letter – eat where Zee Book says, visit where Zee Book tells you, and follow Zee Book to the letter.  It seems quaint, his complaint, since at least it was a book.  A paper thing.  With paper maps.  And the worst directions ever since Zee Book, long before the digital sharing economy and the Economy of Get Paid In Exposure, was created using 103.5% unpaid college bozos.  This meant that many of the directions were vague, to say the least.  Just walk down the street to the Plaza Una Cosa Senza Senso ad un Altro and then vaguely turn down the alley that smells less like expensive pasta and cheep wine and close to the telephone poll you will find the door next to the one that will allow you to enter the museum that is open upon request call (001) Breckenridge 69. 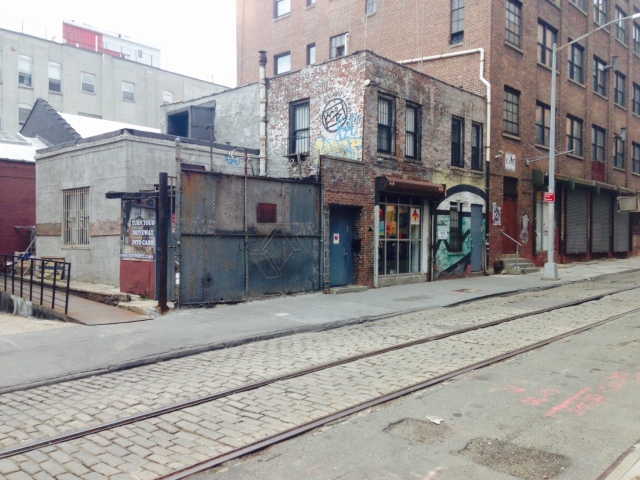 I got horribly lost the moment I stepped off the plane and cracked open Zee Book to use the first map where of course the place I was going was just outside of that map.  Having a self-imposed tight schedule (I needed to see it all knowing or at least then believing I’d never afford to ever return and needed to make the most of it right now this second), I was very hard on myself.  I remember this panic feeling of total inadequacy.  Limpet self-loathing, fear as my limited funds were my own, three months of survival money carried on my person and there was no one I could call on, no life line, no safety net.  And these happy youthful not-a-care-in-the-world college kids about me in the hostel, pensions, and American watering holes seemed blithely comfortable to get up mid-afternoon and not by then having seen fifteen historic sites, twenty well-known examples of art of architecture, and at least two museums.  They also seemed to find one another and connect better than I was able to… but that is another story for another post.

I ran myself ragged, my belly on my backbone as I searched for the cheep eats in Zee Book.  Just twirl about and face the wind, there will be a small street that turns into a staircase, and on the left side third archway and two doors, is Nona Ritardato, where you can get half a donkey, two plates of a-ping and a flaggan of wine for USD 0.0003.  I would get lost and wind up eating something that cost a dollar and hating myself.  On some strange street, next to the stone wall that perhaps was built a millennia ago, I had a meltdown and bashed the book against the wall.  Damn you Zee Book, I struck it against the rough stone until the cover and many contributor pages flew off.  Oh horrors!  This book cost me $20 USD!  I came to my senses.  I was lost and had to learn to be lost.  I would never know where I was but I needed to know that this was okay.  I didn’t always have to be in control.  I managed to continue to use the battered and maligned Zee Book, but I never got any better at it and always seemed to be at the empty pub, elder hostel rather than youth, or city of few historic remnants feeling out of step with the normals.  However, I struck out on my own more and more.  I would leave Zee Book behind on the bed, and have an adventure and finally I took the plunge and with the book tucked into my rucksack, I crossed from Europe on a whim and took a short jaunt in Africa… an area that fell outside of the ken of Zee Book.

I graduated college later in life and the Internets were growing but my being plugged in to them was certainly behind with the times.  While others were already programming banner ads, I was trying to master email.  My computer was old, my connection was slow.  I didn’t have a cell phone – and this was 1998!  When I first came to Gotham I had to find an apartment with technology I had access to only at home.  I had a notebook where I would scribble scribble scribble the directions the times the phone numbers. I needed to know the subway stop then which way to walk, then the number if I had to use a payphone to call.  I had a large map book.  Each page had a line of numbers at the top and letters on the side and then the page said which next page you had to turn to in order to get the next section of the map because Forchrisake it is Gotham the fargen place is huge. 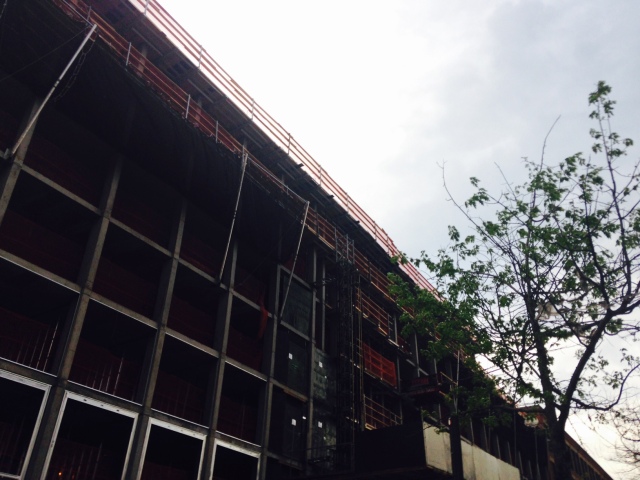 Needless to say, I got lost a great deal.  I also would strike out on my bike or walk or rollerblade (which I hear is coming back in style) about the city to explore since, while the maps were getting better (there was this thing called Map Quest and you could print out a map to use when you were away from your computer), one still had to traverse the streets to see them rather than rely on watching eyes overhead and street cars with Bing or Google cameras snapping away.  I wonder about the hardness of getting lost.  The need to pay attention to not loose mum and da.  The adventure in getting lost.  The frustration of getting lost and relying on more socially connected less awkward people to guide you home, or the ability to explore, the need to explore, to see those things both ancient and famous or mundane and bespoke.  The oasis on that road with the carpets baking in the desert sun.  The high road in the Himalayas, the bus stopped on a cliff and next to the bus a number of villagers pounded rocks into the ground with hammers.  A young child looked at me and I at him, and I thought of his life and the world between us.  The road less traveled is now nothing but a tickle of the internet and you are there.  Have we gained something or lost it?

I travel in Gothem today guided every waking moment by iThingy.  We all get there at exactly the same time.  It is Heaven.