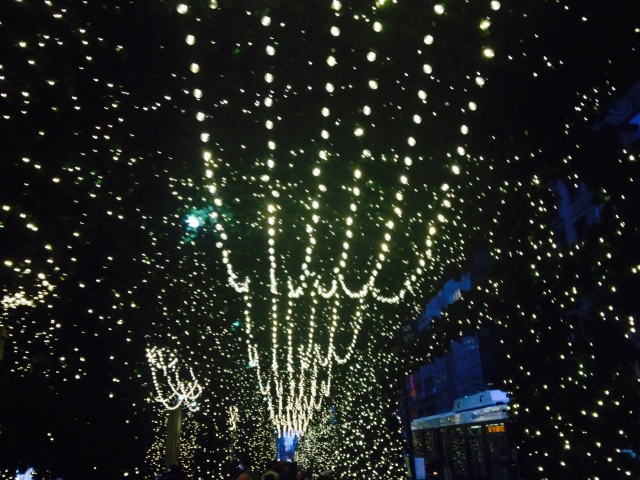 And another Chriskwandwalchuneidamaszahi is here and so is a warm calm tee shirt weather upon us .  The population that enjoys exposed skin has taken to flimsy tops and tee-shirts and there is many a elf on the shelf parading h/i/er/s/ts best and more zygoticly perfect characteristics for genomic success and procreative recreation.
The wet damp air has broken out from an explicable fog of the day before.  The humidity reminds this writer of a winter some years back spent in New Orleans.  The gray and brown vegetation with patches of greenery, the sidewalks sticky with condensation, those hidden cold patches and the log chariot of the sun scraping the edge of the earth as it meandered.  Thankfully, the days in New Orleans were a few moments longer.  Up North, the hours of light are scant few at this time of year and it seems as if one can awake early enough you get to see the sun slowly set for the next few hours.  Then it is dark and in the olden days, cold and nicely and if there was snow the white blanket across the rich and humming land would be illuminated by such simple elements as porch lights and the sliver of the moon to give an other word quality to the night – a monochromatic days cape.  no wonder the lore and folktales of the winter countryside were rich and the human imagination (since we cannot know the dreams or stories of cats and creatures) spun so many a winter’s tale.
Now, those old tales have been forsaken for new and flashy potboilers (or is it potstickers?), and the ice has for this season so evaporated and with it all signs that this winter in New York is not that of New Orleans and that perhaps we are to look then to a Marti Gras rather than any hard fast ice and those days when one’s face feels like it just may turn to a solid state and then fall completely off.  Bethatasitmay, the toasting roasting of sultry slickery summertide has been forgotten and today the whispers, Tweets, lamentable small talk, and quite a few memes have turned to this warm, spring time for Christmas. 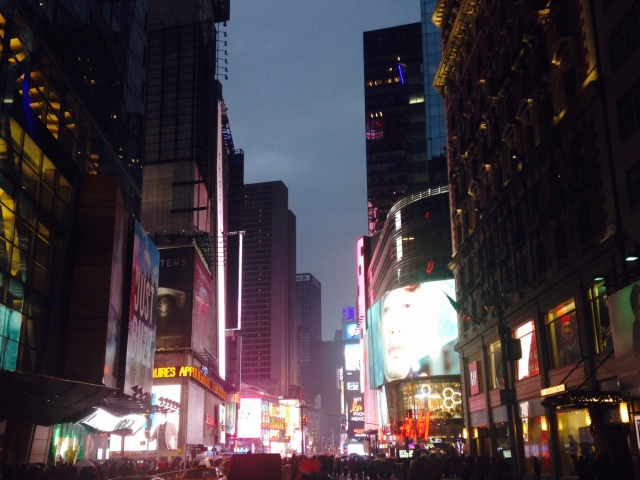 It is spectacular since last year, the Year Of Our Lord Two Thousand and Fourteen (YOOLTTF), was the [then] warmest on record.  The only colder than typical was the Northeast, roughly a corridor from Washington, District of Columbia (DC) to New York City (SPQR), or where 99% of the 1% of “journalists” and political citizens live.  Now that this blob of warmth has moved to cover this region, the news and popular media, mainstream media, and social media have lit up with questions and concerns that this very Christmas the weather in much of the nation is more like historical Bethlehem than it is like Currier and Ives… or Bruegel (Pieter, Elder The; 1525 – 1569 +/- 10 years) for that matter. 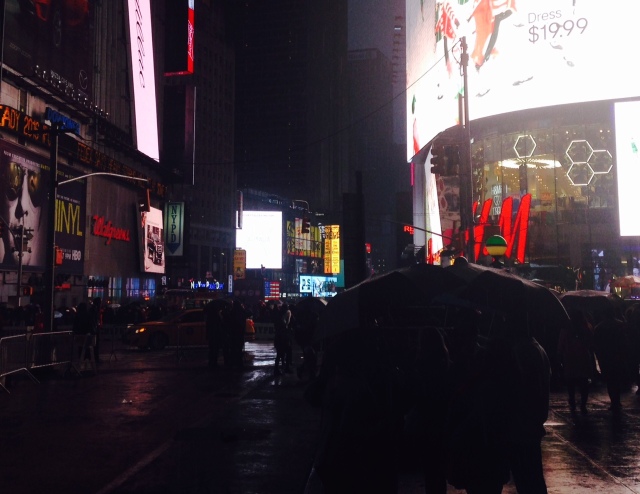 Indeed, scratching our heads, how did we get here?  It surely cannot be that when one flies the friendly sky one sees the lights of humanity forming a strange metazoic civilization that from afar takes on a form of its one – an organism that we are but small cells within, our cars along the highways the red and white blood platelets, the traffic jambs but minor coagulation, our greatest achievements and life events nothing but small moments in a much larger entity that is taking over the planet.  Surely humans cannot contribute to this strange weather.  We cannot be responsible at all.  the evidence is not there.  Not that we can’t take credit for the ability to move mountains, drain lakes, create lakes, divert rivers, fire dogs and monkeys and other animals randomly into space, explode atoms over cities, fuse atoms to make even more wondrous explosions, tunnel under and over ground and extract minerals, land on the moon for no reason but to “schlong” the SOVIETS, send our first invasion rover to mars to find water while we dump as much plastic into our own, and annihilate species in just about every kingdom, phylum, and whatever that smaller order of rampant and resting flora and fauna may be by hand (in the old days), chemicals (in the new days), and just by our abundant species using up the land and resources of all other viable lifeforms.  We can do all that, and invent hacks for how to make a smarter and faster breakfast, but we cannot take credit for changing the air currents, oceans, and by extension, change the temperature of the earth.
The cold will again come to the land.  Perhaps in the next week.  The next few months.  Perhaps this summer will be “unseasonably cold.”  We will then perhaps quickly forget this Chriskwandwalchuneidamaszahi and how we wore our best Metallica tee shirt, a black bra and gossamer areyoulookingatme shirt, or nothing at all.  We will touch a few buttons on our Phone of i to turn up the heat before we get home, check the weather channel’s website to see how we are to die this week from THE WORST CALM WIND AND LIGHT RAIN EVER, and return to other more pressing matters in our lives, the small workings and our contribution to the ever growing organism that has taken hold of and is spreading in singular manner over this once and future great green planet.
For now, happy Chriskwandwalchuneidamaszahi, or merry Star Wars, and to all a good night. 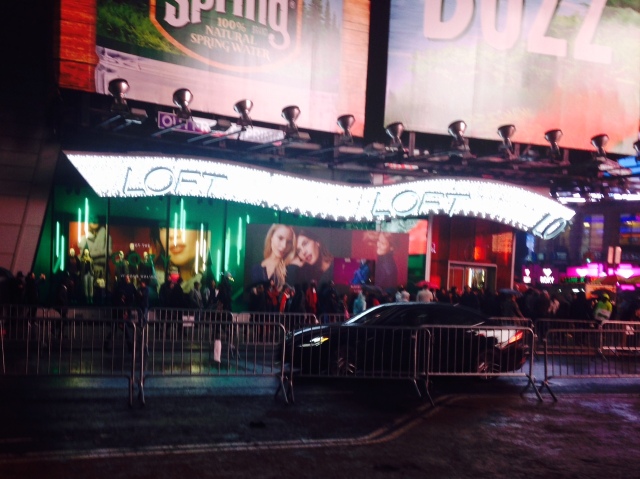