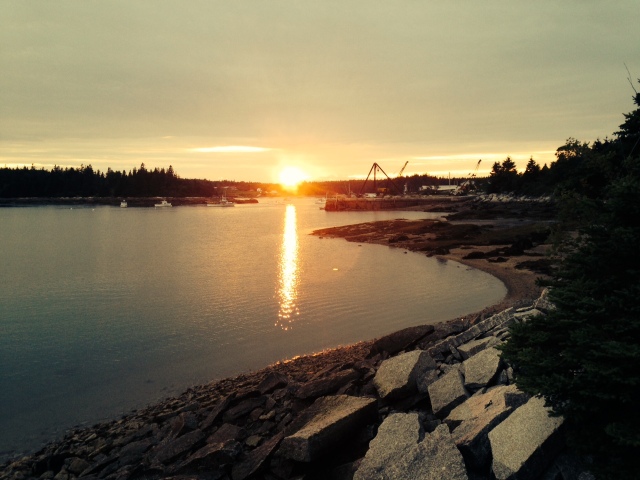 With thousands of islands and 4,000 miles of coastline, the ocean front if Maine has many small towns and family compounds along the coast that range in size and architecture but seem to have the same character of quietude interspersed with the occasional sounds of commercial fishing. Or is that lobstering? 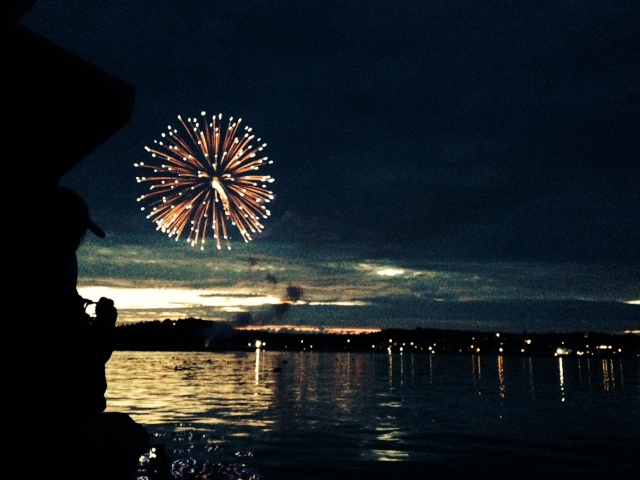 Once such hamlet is Innsmouth, Maine located on the seaward tip of Deer Island. Innsmouth, or Stonington as the locals refer to it when speaking to outsiders, is as quaint as these little towns get. Situated on the right bank of the Deer Island, the village is a hidden destination to the chattering classes that summer there as well as an amount of proud, if not tattooed and pierced, amount of locals.  Deer Island is located halfway up the coast or Maine to Canada. The island is just far enough for those seekers of Maine content with the bright lights and hustle-bustle of Portland or diverse and energetic metropolis of Augusta or the glamour of Kennebunkport idle their travels and find a alive of Vacationland to relax or fish or clam or lobster or whatever their summer ritual may be.  Deer Island is also apart from Maine. 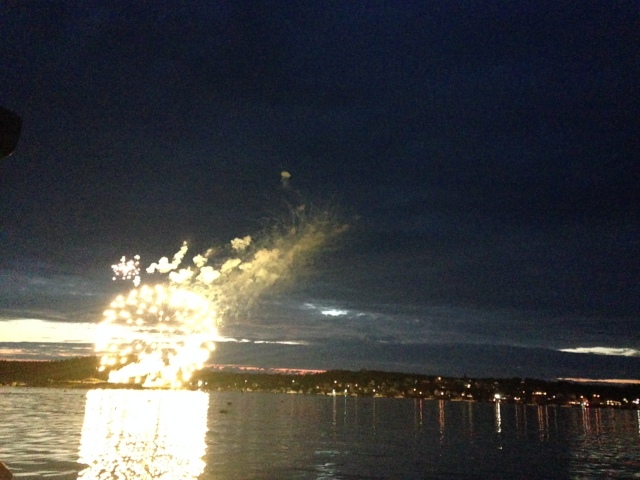 It as far as the remainder of the coast, a still screening wilderness punctuated by poverty and wealthy island owning family compounds where locals have not seen anyone enter or leave since Kennedy was shot, but dark goings on and missing kayakers tell them that the family remains on that rock and drop not their lobster pots or cast nets within swimming range if those spots. 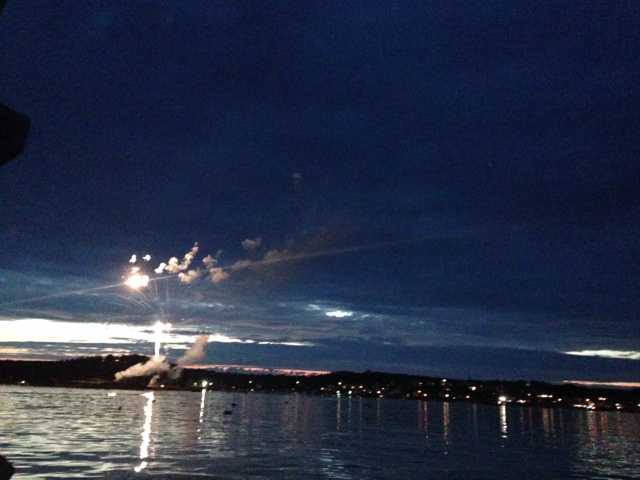 Indeed, there is much beauty to Maine but for livability and beauty, this is a thin crust of the Pale of Civilization holding back the ocean on one side and all those cabins and camps of swatting madness on the other as Maine stretches an eternal gray distance up to the Canadian boarder where health care, natural teeth, and subsidized agriculture again introduce those hallmarks of our current level of self satisfied comfort and access to digital media.
“The police had to talk to them,” the old woman on the lobster boat exclaimed. “The family on that island doesn’t like visitors and shot guns at some kayakers.” The dark island in the near distance had some alive. Strange figures cavorted on the beach holding sparkling torches (these are referred to just as “sparklers” and were known by all in the pre-ban days of this country). There was a bonfire on the brag but on occasion a large explosion should resound across the water as they sent some fiery projectile in the sky for their carnal amusement. 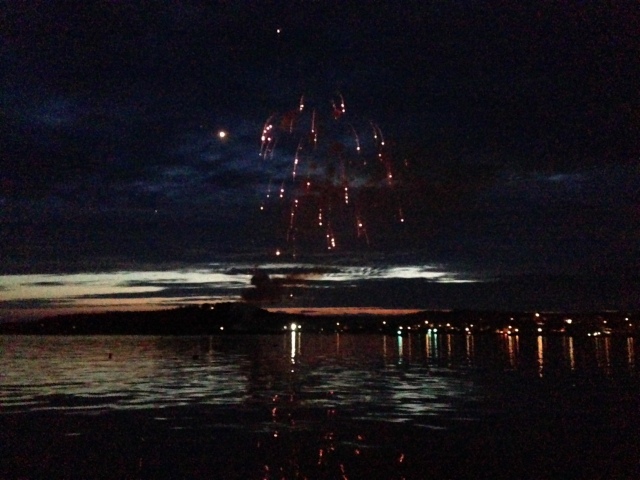 The old maiden on the boat launched into a soliloquies about the family compound being on that island for generations and certain navigational rights of those following a trail along the coast popular with kayaks. Another explosion resounded in the air.
We were in the port waters of Innsmouth. Far into the navigation channel yet from this vantage point and even with the sun’s light becoming pinkish and spongy, one could still see the houses clearly as if they were but toys arranged on a table. The Opera House, now a cinema, the various churches and meeting halls, the docks and businesses along the Main Street from the cafe that serves waffles Sunday morning with berries and children and people born to relax and visit lands end and move carefully from yoga to a lifetime of epic stories and vistas seen in magazines that are all photo and no article.
From out little bobbing boat, siting alone on the inky lobster-filled ocean, hemmed in by private islands and the quaint, we waited like solders to go over the top.  We wanted for the crepuscular to flow into astronomical twilight. Holding on the the blanket, it was cold. The Old Ones about us had been there for years. Each summer at the very least.  They started chattering and joking. We were the youngest on the boat.  Not including the captain fresh out of some maritime college and a group either crew or perhaps his admirers. His name was Huck. How could you not admire that?
As Huck tied up the boat and measured the anchor, weighed it is the nautical expression, the tourists of which we were apart of chatted and speculated as to where the fireworks would come or how so that this John-boat of youth didn’t have a light and wouldn’t they be ticketed or killed or both.  The youth pulled along side us and demanded beer before going onward toward the degenerate island compound if The Family and vanishing into the now astronomical twilight, if that is what it was.
Suddenly, a whooshing followed by an explosion. We all clapped. Some well mannered and perfect voice crackled over the nautical channel of the radio – oceans calm wind 2 knots from the south west, coastal ports celebrating the holiday of July 4 with displays of fireworks.
Boom!  Oooooh.  Bam! Awwwww, the young captain goaded on the passengers who respectively but not actively complied.
Each boom reverberated between the islands, the heavens, and the far and distant ocean.
The boat rocked in some little unknown wake.
Another boom. Another report from far and away.
As the show unfolded we sat mostly in silence. Rapture and cellphone clattering. Networks and sky and the oranges passed around fragments tossed into the sea, alone and tended by the scratchings on so many pots below.
After the finally, our youthful captain turned us port side and we chugged ever slow
Back to our port of call.  As we wandered between the buoys in a thickening mist with our crew shining lights to pick the way, other islands, other compounds exploded into life.  The twin planets grew in brightness in the sky reflecting in the waters.  Reports came from all directions from other compounds, other islands, generations of those dwellers and vacationers and visitors from all.

In the darkness, our party sat huddled to await the shore.  We would leave behind the madness out there in the waters.  The history, and yet another year of summer. 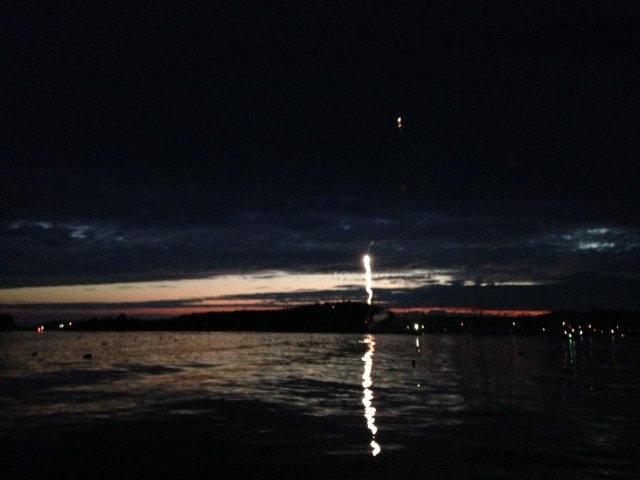