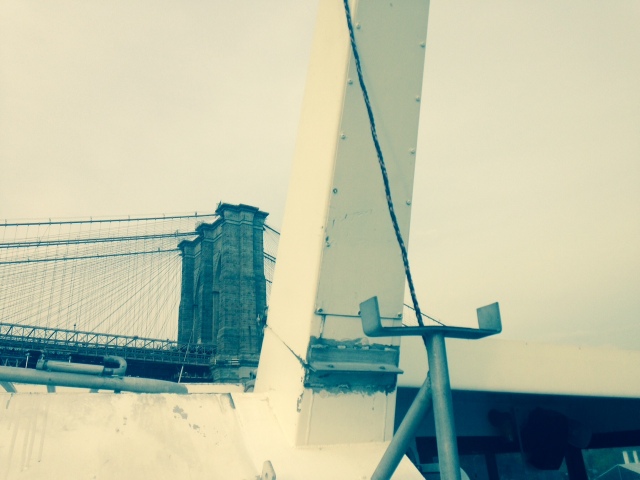 Dearest Gotham is an archipelago city. It is a port city once connected to the waters by hundreds of spidery arms, piers dipping out to the water and skimming the tides and ice flows. At one point in the history of This Great Land the majority of the Grand Dispensation of Produce (GDP) was floated down the mighty Hudson and stacked and restocked before being shoved across the ocean to then Mater Europa. Then, the city raised it’s drawbridges and withdrew from the waters edge to dwell on the hot pavement and eschew its life aquatic.  The streets became dessicated and the only moisture was that which hung ever in the air.  A seagull perhaps came by, but except for the tolls paid for free movement at the many bridges, little contact with the waters about these mica schist peeks and valleys.

Suddenly, a few summers ago, there was renewed interest in the waters. More were returning to the water to live and play and even more rethinking the city as a castle surrounded by various dangerous moats and wanted to make peace with the waters even if they are still a long time to forgive the city’s industrialism and leaking seeping chemical drip that have produced such toxic dangerous kill zones as the English Kill, Dead Horse Bay, and famed Gowanus Canal.  New life was coming to the water.  New Glamboxes were being tossed up old factories were pushed over with heavy machines, carefully deconstructed, or set ablaze. Something had to be done to move people now living on water’s edge.

Churning through the tidal sheen of these still unrepentant waters was a new service for the old East River – the aptly named East River Ferry so named after the left branch of the Hudson River (with your back facing the territory formerly known as Rananchqua).
While Staten Island has for generations and certain gated New Jersey communities for decades enjoyed travel by estuary-going craft for the daily commute, the East River hasn’t had a ferry for generations.  One had to afford an expensive booze cruse if one desired to see the twin cities of Brooklyn and Manhattan from the rip tides and undertows of the fabled East River.  Today the average person can ride this for about $4 each direction, less than a coffee and ham and cheese crescent roll at rather hipster cafes.

My first ride on the river was a bright and hopeful Monday morning on my way to work. While I then lived further out in the still underdeveloped but no longer wild Bushwick, I was close enough to justify transferring from subway to boat as my workplace was a few blocks from the dock.  I was able to excuse myself from the L Train – a packed and ill tempered thin ribbon of a subway that connects the Eastern suburbs of Manhattan to the center of the known universe The Union Square of The City. Excuse me hipster 197th I need to get out at Bedford not in – that last exit in Brooklyn today packed with luxury condos and those blithe and friendly people who spend not daddy’s money on you. Pardon me lady in the not much clothes… I birthed myself from the doors of the subway and shoved gentile but firmly against the lemmings brushing against various tattoos and being almost caught in a few nipple rings or gauges.

Outside I strode to freedom and yet against the coming pedestrian traffic none of whom seemed to know about this new boat.  On on to waters edge pressing ever harder hoping to make that first boat so would not be late to work. I was but moments early and I could see the craft approach. It docked. And we small brave few boarded since this was the trial week and fare was waved for all.  It was very exciting… for a Monday commute. 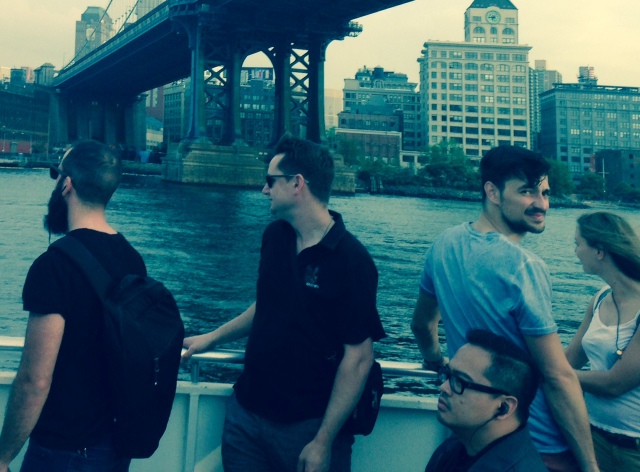 I was a up the stairs and outside in the glorious sun. The cool breeze flowed from the distant ocean to push against my brow and I thought of all those packed commuters, makeup dripping, sweat stains appearing in the folds of expensive but iron tee shirts and pressed suits, and hung on to the rail and let Gotham wash over me.  I was abroad a boat. In the river. And it was a marvelous way to travel. We made port at South Williamsburg then crossed down under the  Manhattan and Brooklyn bridges to where I disembarked and provided made my way to work where I felt positive and happy for about five minutes before my colleagues were able to carefully tease the misery and sadness back out of me and put it on display in carefully arranged front of my face.  I survived another day at my employ, I believe I dug a hole and then filled it in again, and was able to once again break free, not have to take the deep and sweaty F train to transfer to the L train to then fight my way home. 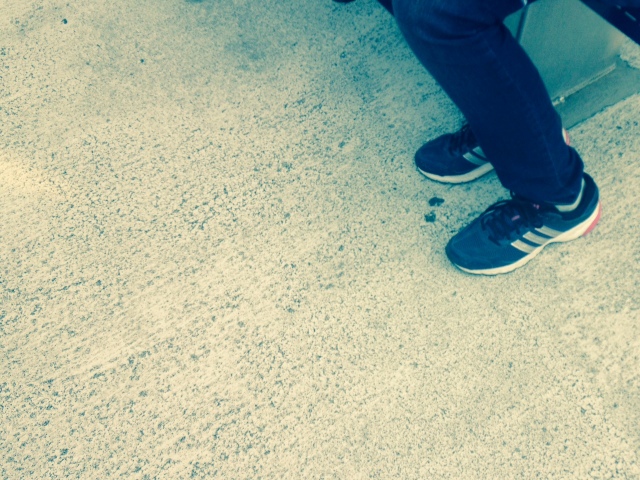 I was able to again board a boat.  A mighty ferry that strode down the middle of the river, the setting of the sun exploding behind the skyline and the bridges rose up as monuments and I was able to see under them, to feel their shadow and ride the churning waves back to Williamsburg and onward to my then and temporary home.  Disembarking I thought of all my ancestors who had lived in Gotham.  Who came to and fro on boats and ventured far away on ships and who even had claimed to have swam in the East River.  I stopped off to take advantage of a happy hour, since I was indeed happy. 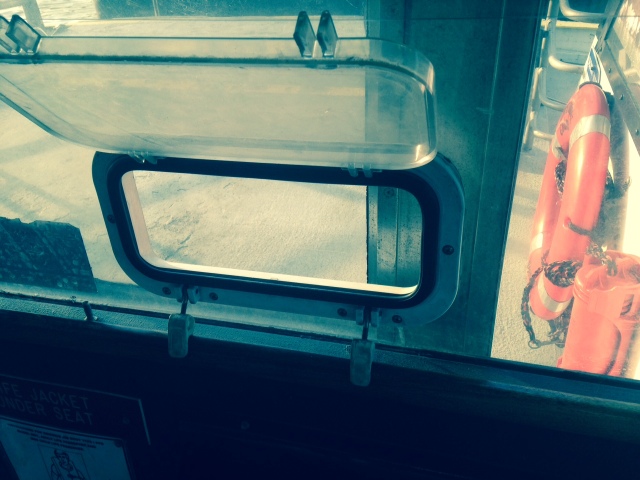 This routine continued for the free trial period.  My rushing from bed to get to the boat to get to work on time.  My rushing from my desk to catch the last boat up river and then… of course… to catch the last Rum Punch of Happy Hour.  When they instituted the fees, I made this a special event rather than a daily occurrence but then I thought shit, I can save $40 from not doing something else.  However, neither did I save $40 elsewhere nor did I stop commuting for the blessed summer past at and I am glad that I did not stop taking that boat since my job, my housing situation, and my life then changed and I am no longer as close to the boat as I wish, but from time to time I still can catch a ride although this time, I ride as a visitor and no longer a commuter 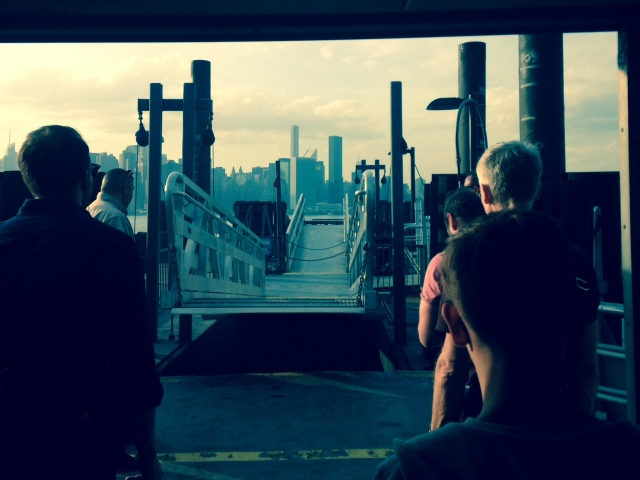 Editor’s Note:  Imperfections are an indication of authenticity.