Hashtags and trending and listicles and National Parks

Editor’s Note: It is again to the laboratory I go in order to rant and rave bitch and kvetch at the rate of one post per day in the second or third or again annual Thirty Rants in Thirty Days. In the coming days expect fun, some level of interesting banter, even if one sided, and prizes… except that there won’t be prizes.

1. Before the sun comes out for good and all those tender shoots turn over the soil and push through the matted carpet of autumnal detritus, before the boats are tossed into the slips and the Half Moon replica once again traverses the mighty Hudson River, we must look to those cold places that remain, those places of snow shadow and frost troughs where winter holds on, still as it did in the olden daisy the Currier and Ives pictures, in the dreams we have that are but metaphors for the grave.

2. Western Glacier Park is one of those colder places, if not at least in our imagination since this year it was warmer than the Northeast of the United States of America. There may be riots in the principality of Lord Baltimore, there may be Culture Wars fought by meme and likes, there may be hashtivism and lives of different colours that matter, but there remain places that are aloof, apart, and undertouched. 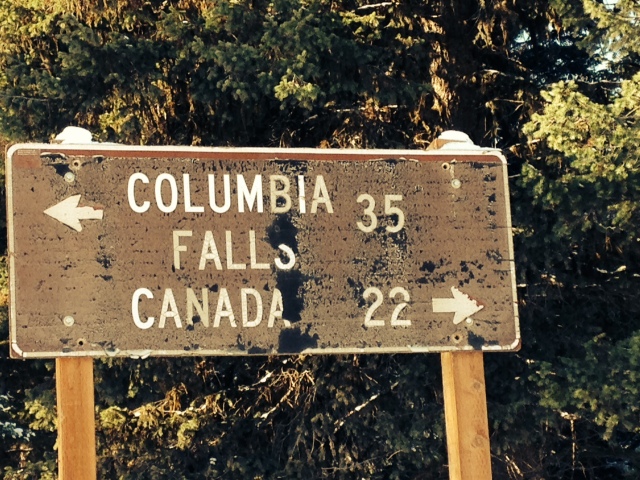 3. Undertouched because they are not completely wild.  How else was I to blunder a rental car though the woods unless there had been some mark of Wo/Man/kind?  The roads and guardrails and signs. The visitors have brought other things too.  Invaders of a small kind.  Indeed the forests of Montana are groaning under the pests of Asia as the creatures and beasts fight sundry battles with one another and the acid rain, the many impacts each one of us makes on this world even if we sweep the bedbugs aside as we walk least we kill one and have eaten nothing but tofu since 1981.

4. Coming down the cold road the deer acted as if either they had never seen a car or had made friends with them.  I crawled along following the herd.  To one side was a lake, the other a sharp incline full of dead blackened trees.  Apart from whatever fungus was murdering the trees, the logging, and general die off, there were more fires in the region I was told due to increasingly dry conditions during the summer. 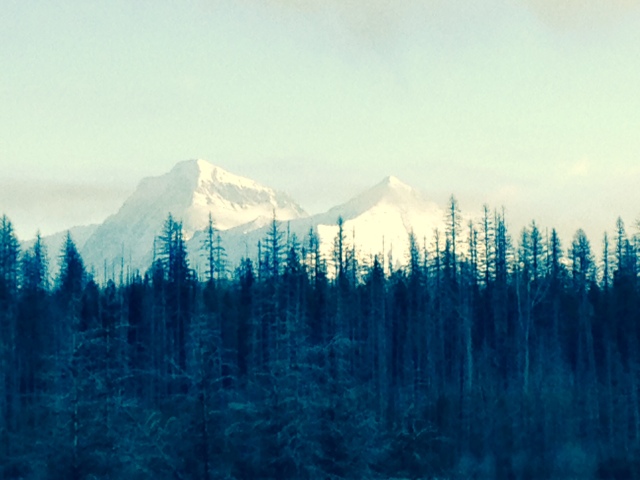 5. The road was dirt and led to a paved road if by paved one means come patches of surfaced road surrounded by gravel and icy dirt.  It was a cold snap at the time.  I was to learn that it would warm up during the winter to well above the freezing mark, but today it was bitter cold perhaps 10 degrees.  The winter sun made some impact, but standing outside the car even for a few minutes became a painful experience and I was unprepared for this weather having come to Montana on a flight from Houston to Spokane the night before.

6. This was not the damp cold of the Northeast, but a dry cold.  I cannot say it was “clean air” but the air hurt my face and pricked up my nose hairs.  I thought to those native people, the First People or whatever they called themselves.  How did they manage?  When the time was right I could dip into my rented Dodge Dart or whatever I was driving and blast the heaters, but those old ones, how did they manage?  I crept along the road wondering if my insurance covered driving on dirt roads.  Check your agreement… not all coverage covers this.  I drove past the deer and into the woods.  Past a herd of elk. Frighteningly large creatures that were moving in and out of the sun as they grazed amongst a copse of birch.

7. The road gave up being paved, the signs warned me of this, and there it was the dusty trail with a simple powdering of snow in all the shadow areas.  The sign reminded me that driving fast was inconsiderate and caused dust and that people lived here, children lived here, children with breathing conditions and such fine dust was a threat to them.  This is not the Wild West.  Houses came in to view from the road.  Some were camps, a few were those build by the settlers of old, and more were larger luxury structures with electric gates and plenty of Posted signs.  I had dipped out of the park and had entered the territories of wo/man again.  The road pointed north.  To Canada and beyond.  However, this border crossing had be shut down about the time of SEPTEMBER 11.  Or it was closed for the season.  When I finally was able to talk to one of the souls that lived in that region I did not get a clear answer.  I attempted to use The Googles for the answer but nothing would load.  I had to trust the locals and just except that today, in 2015, I could be somewhere and not know something and Answers.com couldn’t tell me a friggen thing. 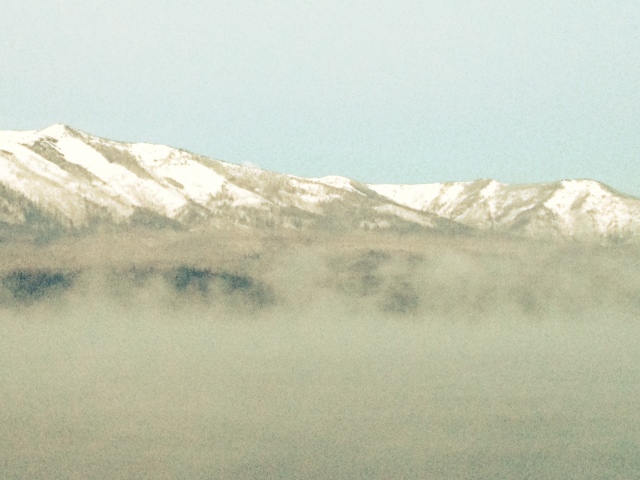 8. This was a place where one, at least I, could forget about all those digital issues.  My phone was thankfully unable to connect to America’s Largest Network and I was free from text and tweet and blog and Book of Face and email and graymail and spam and even telephone calls.  I brought myself into the little town – the collections of structures (covered in greater detail in another post) – and moved on, back in to the parklands past the closed visitor center.  The road became even more treacherous and I drove slower and slower wishing I had rented a stick shift rather than this compact automatic.  The turns and twists took me back down and up and around until I wondered if was on some driveway or road to some abandoned mine.  But I was following a sign, at least one I saw several miles ago, and that sign claimed there was a campground at the end of this trail.  I knew that while closed now, this road must allow for RVs and campers and cars packed with kidsanddogs .  If they can make it up this road up and back with out any issue… that I knew of… I can…  Suddenly, a bear crossed in front of my car and I forgot the dangers of driving and yelled to the bear, wait, let me get my camera!  The bear did not wait for my camera to be produced.  Neither did the little weasel.  Nor the elk.

9. Finally, I got to the payoff, the campgrounds built on the edge of a cold lake that opened up the view to a range of high mountains already packed in ice and snow even though the season of winter was yet to officially start.  There was a parking spot right at the water, the best angle of the view ahead and I am sure home to many a selfie.

10. I got out and wandered up and down the lake.  All was quiet except for a few birds ticking in the bushes and flying away here and there.  I stood there for as long as my thin clothes could allow, and then returned to my little rental car, and picked my way lightly between the stones back to the village, to coffee and civilization as currently I know it.

11. These cold places are now warming up I assume.  We here in the Northeast now can look to the coming longing of the days and whatever weather this year will bring, either hot or cold but as we have come to know, not lukewarm.  I have thought of this cold memory. I keep one of the pictures I took as a background on my computer for I am again plugged into the network.

12. I am able to step outside that network.  Hashtags and trending and listicles and try to place myself there again. Standing at the water’s edge looking to the mountains. 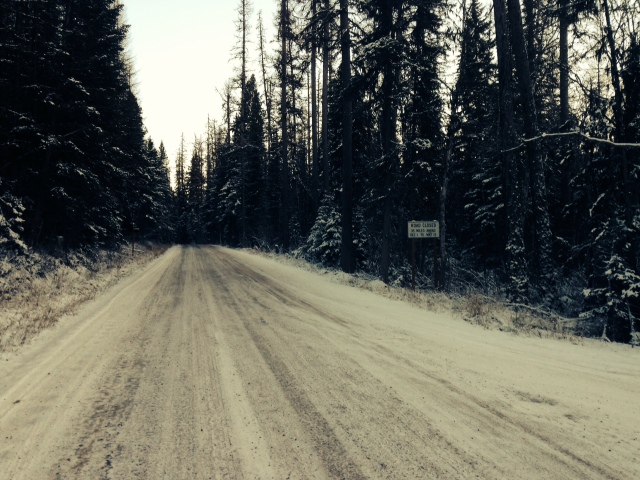