Nothing EOTWAWKI on New Year’s Day

For many of us this week means the return to school, to work, to actually working when at the office and not just showing up to shop online. The holiday season, and various wars on various holidays, is done for the year. We are now ready to focus on the coming year, the quickening of the days and rise of Mr. Sun incrementally sooner and earlier in the day, even if it will be weeks before this is noticeable.

Time seems to move faster when one ages. Which is ironic, if not somewhat unfair, considering that perhaps many of us have fewer years with with to spend on this green earth. Another feature along the road to Old Age is the understanding that one doesn’t know anything, that one cannot look ahead with any accuracy. This is another sad realization that comes only with experience. We can no longer pretend that the horoscope, the position of the stars at our birth or any given time, has no bearing on love, luck, or money in your life. We can no longer know what the coming year, even tomorrow, may bring. Nevertheless, there are many who as they get older propose to know more. To spout predictions, projections, prognostications, future understanding, and yet for all these hours of spouting of proofs, trends, and projections, the only correct predictions are those that come true according to the same rule that dictates that 10,000 monkeys typing away on typewriters in a room would in 10,000 years produce all of Shakespeare’s opus.

And yet, we monkeys pound away on our devices since it is fun to pretend to know the future if not reassuring since it makes all those years of study seem to count towards something other than expanding the circumference of our ignorance.

This blogger has been as wronger on predicting the future as others. In 2008 the economy was falling further apart for so many. It seemed that there would be some change coming up. Many believed there would be some reckoning for Western Capitalist Industrial Post-Industrial society, and that this would unleash upon Our Great Nation with the end of paper money, perhaps the end of free toasters for opening bank accounts, and as so many called it The End of The World As We Know It (EOTWAWKI) or many simply referred to these sundry coming events as The Change.

The Change was for mainstream media seen in the coming of the new president. For others it was the collapse of the banking industry, of what many believed would spiral the world into some Neo Road Warrior type of shitstorm hairy endless tribalism mixed with a serving of Little House on The Prairie and a dash of some Lost – since whatever was coming, it would be weird. Like the entire world would turn in to a much dirtier version of Portland, OR. We would be returned to a world of actual value and local produce. We would see the end of the Corporate State and with it the rise of the Momandpop State. For all this hair pulling and frantic panic, was a tinge of glee. Perhaps thinking that as one’s bank account and various pathetic assets vanished, perhaps those of the smug Management Classes would also live to see their fortunes and all the pampering that came with it end and this gave some solstice. We wanted the bankers to suffer like us Little People. We wanted to all drop out of the rat race we were certainly not winning and all become owners of General Stores and gourde farmers where delivering water from the well down the road or keeping the fire stoked or making fresh bread was a major accomplishment for the day. Something real. Something we could know we did because the product of our labour sat there on the table, rather than being lost somewhere in The Cloud.

And of these predictions of 2008 none of them seemed to come true in the ways so many bloggers expected. Hopeandchange(tm) came to the White House, but little changed. Huge changes were made to the economy, but these benefited the same smug folks who were in charge. It was a swapping out of the guards rather than a change. Then, so much the same for 2009. More expectations that a shoe would drop. The other one. Or that some low in the market would mean we could all walk away from our employers (those of us still working) and set up a cabin in the woods where we could bake seven grain bread in peace. And then 2010 happened.

I couldn’t even recount what happened other than certainly not The Change. And as some more friends lost their jobs and others – such as this writer – went deeper into debt to survive, 2011 opened and closed as did the actual End of The World 2012 that saw a lot of hype, several bad films, and a continuation of our daily need to report to work and do magical things that lived ever more only in The Cloud. Those who made predictions each year started to fatigue. By 2013, after reading so much about economics, politics, and the world in general in order to understand more and have some manner of control over the future realized that I was unfit to understand the world, could not know no matter how much I studied why the economy acted as it did, nor would I see any pattern in order to predict a future outcome based on past performance. 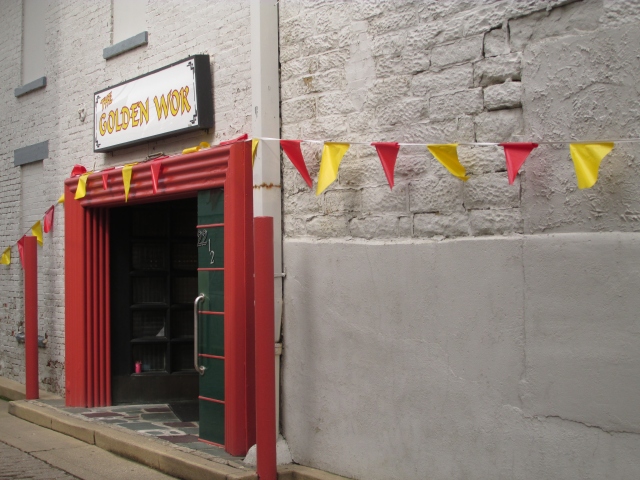 Perhaps that is healthy, as I do now live in the moment. And perhaps things are getting better. If by “better” we mean returning to the boom-bust consumption economy of corporate masters and a Knowledge Economy that seems to be bringing us a more invasive technology that ever encroaches upon us with little spying drones and algorithms that know who we are before we know what we are doing as we work longer hours for the same or less pay. I no longer pay attention to trying to understand large systems. The ship of state is far too large to chance course. In a way I have returned back to earth. Grounded myself in considering those things before me and no more. I do not think 2015 will see any major changes and certainly not systemic ones. We will plod along as we are towards a flatter, warmer, faster world with fewer and few songbirds. I don’t predict any major corrections to our Corporate State.

Not that I don’t have a strategic supply of beans, bullets, and bandages somewhere…. Just in case.