Who Will Speak For The Trees 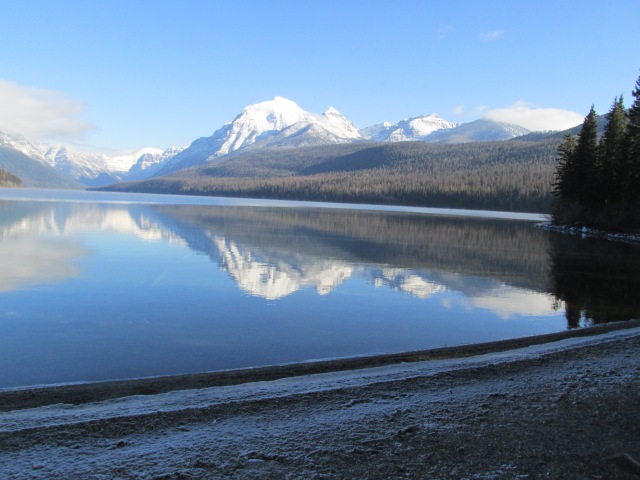 The forests of my youth are away and gone and with each passing year they grow ever more into memory, that box of forgetting and painterly colours that cannot be trusted. The deep dark woods of story time. The trees of autumn when the old German men still raked leafs into piles they then burned. The ones we climbed. Up higher than before every day.  The one I tried to sleep in after reading Treasure Island and pretended I was in the limbs of a palm off on some island far away.  The ones we didn’t climb since we were just at the juncture in time when the generation of parents didn’t let children climb trees were replacing those who encouraged tree climbing. The trees in the tree pits on the sidewalk. The one tree in the back yard father was always saying he had to cut down when he drank too much scotch. So many trees it is hard to remember them, their condition, the moment they sprout, the time they die.

The first tree I can remember was the one that crashed down almost hitting the house. This was back in 1977 or 1978. I was a kid. Perhaps my sisters were in the car then, maybe not. We were driving back from my grandmother’s house Upstate. The hurricane came in as we were on the thruway. The wind blew and I was in the back seat of the station wagon, the long cold plastic bench seat. Back when they only named hurricanes and not just every cold front, back when women carried the names of storms since people back then understood the power of women but expressed it in the strangest of ways. I remember wondering if we would be blown off the road. The lightening flashed and I could see everything inside the car. Laying down, there was nothing I could do. I remember lightning of all colours. Perhaps I didn’t see lightning of all colours. It was a long time ago to remember.

Coming home to suburbia and there our house sitter was half frightened to death (this was years before she died of Cancer in Paris). The willow tree came down. Smashed everything in its path. My mother was happy this huge tree missed the house. She hated that tree. She had planted it with her mother when she was a child. She hated her mother, still.  This was a memorable tree.  The stump would remain for years as a reminder of that night of chaos.

In time we moved and we left behind a house in the suburb with several trees and traded it for a property with blistering hot sun pounding what I can only describe as a junky and fallow field. We planted trees. And over the years those grew. And then, in the passing decades, we would lose a few. A new blight from Asia. From some foreign land or another. A new bug would come and eat a certain species. The thick forests I used to play in as a child and wandered or hiked through as a teen grew sparse here and there. A blight took away the American Chestnuts. The Elms were long gone. But then the Ash took a hit and vanished in a season or two. Dead fingers stuck up in the air not only about us, but wherever we traveled. A line of these dead trees marked a fence on a farm. It is strange the things that stick out and become memorable and those other features of the landscape that fade into oblivion.

Last season it was another species. I don’t even know which one. But these were not just the smaller trees this time, but the large hulking markers on people’s property lines, those survivors of logging in the forests, the yard trees too filled with nails and the clasps of clothes lines to be useful for the mill or chopped to splinters to be fed into a wintertide’s stove. One at a time, the bark on each tree turned a strange shade and the tree unravelled in a season or two as the bugs or fungus or mold or bats or whatever ate the tree dead. 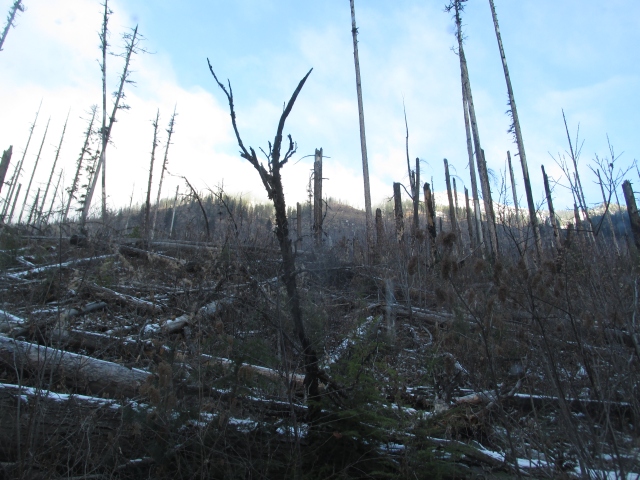 Between the plagues are the storms. The long periods of rain. The stretches of dry hot winds. The strange spring where the air was bone dry rather than cold and damp as had been the usual.  The new instincts.  The new fungi.  It just doesn’t seem like what I remember as the Natural Order.

Perhaps I just remember things differently. Perhaps the forests were not as thick or green as my memories of green assume.

There were two memorable trees of my youth. Two large red oaks. Huge monsters on the dirt farm road that led from my grandmother’s house to what had once been another house but for which just the barns and the landscaping remained. Perhaps it was a crimson maple. These trees marked the place where we knew we had gone too far on our bikes – away from the errant eye of my Grandmother – we were in the fields of the farmer and the strange excitement that my brother and I were exploring the Unknown. Later in life, we came to know these trees as marking the path we took to a hidden field we called the field of dreams, since the way in and out were easily forgettable but when we found it we could let our horses run hard and fast watching only for the groundhog holes.

In the mountains of the Northwest, as my backyard, there seems to be something afflicting the trees.  True, those varieties that shed their foliage had done so, but it was the conifers that were not green as evergreens are supposed to be.

The majestic mountains were capped in snow. It was silence wherever I went.  In the lower valleys the trees had already shed their leafs and yet here and there some still clung to the branches. There were large groups, mountains, and stretches of pines still green, except for the spaces where they were not.  As I drove these stretches of browning trees carried ever on into the distance and grew in number until the mountains were bereft of standing forest.

Sections of brown and white and gray.  On some sides of the mountains there were brown patches among verdant pines. In other areas these were entire lines, like strata. At times I drove through mountain roads and on either side were long-dead spires and posts. Trees stripped of their branches by the weather and time and the harsh conditions. I’m not sure what had happened here. A new bug. A fungus. A sign on the road said it was a crime to transport invasive species.

Back home, my parent asked me to remove a few trees that had inexplicably died this year. A cluster of sumac or such. Nothing I would miss. There was a few more larger branches down from the latest wind storm. In checking this out I discovered that another tree dead that will have to be removed. We are told that the forests are in a constant state of change. That new species will come in to fill the areas of missing growth. I will plant a few more trees, perhaps with my own mother.  Other smaller trees will grow to fill the holes.

From a geological standpoint, this is true. But in the meantime, I will hike through thinner, blander, and a less grand forest.