It is hard to say what towns I was passing through. These days we have the luxury of just passing through. Just moving on to the next town, not noticing that several generations wrestled with nature, the weather, hostile forces, to build that scattered and now sad collection of buildings we just gun through, angry that we had to drop down to 35 from 60 just for a moment.

Each one of these little places was someone’s life. Their entire life. I passed so many buildings, now vanished businesses, lodges, closed garages, the Americana of Gothic. So many vanished lives and today the large trucks just blast through.  As did I in my pathetic rented car.

The poverty of today is there. In a small store just on the Iowa and Nebraska border, the store was right out of the 1950s. Even the broken conveyer belt check out with its round table that used to turn (remember those kiddies, didn’t think so) and the ancient cash register still operational. Somewhat operational. The store had everything. It reminded me of those wilderness stores in the far reaches of Labrador. Maybe there are more far reaches than I thought.

Blasting though the countryside, there are nothing but mono crops. The Corn really.  GMO and I assume otherwise. And from time to time a speed trap. A country police watching the road, the sign prohibiting engine braking, and the now failed town. I stopped off in a few of these half hoping for some small diner or eatery I could get a cup of coffee and listen to the locals talk. However, I am 10… 12… 20 years too late. I have lost out on that window and have to be content with the small talk overheard in my own areas, those now lost diners far up in the Catskill mountains washed away by storms, super storms, and the icy hand of Father Time. 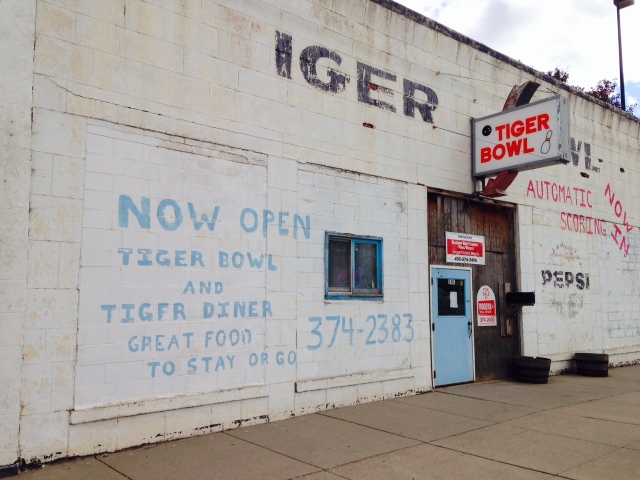 The towns I met from Sioux City to Omaha were unremarkable. Fort Cuthbert. Amanaka Junction. Deliverance Crossing. Tilson. Each one a little center now gone into a number of For Sale sigs.  The rusting farm tools and old mills were a photoshoot waiting to happen but unlike the lost industrial areas of Brooklyn and SOHO no super models will be posing against the pealing lead paint of these former settlements anytime soon.  They do not meet the standards of the educated and artistic elite these were working far too hard not long enough ago to fetishize them.

In all, the ride was pleasant. I stopped often, and attempted to shop at a few stores. The thrift stores were closed. The junk shops either not open for this particular day or were out of business or were just inexplicably closed, and had been for some time. A pawn shop offered the most interesting selections, and was open. The woman tending the store was polite and helpful. She was cleaning a number of guns. I tried to imagine the circumstances that brought these items into this strange store.

I could understand the rings, the coins, the silver. Someone needed cash fast and could not wait to sell off their treasure and then could not reclaim it. But the Atari joysticks? The single china cup? The bend tool or antique ruler? The camera that no one make film for anymore or the hundreds of DVDs? Everything was priced very reasonable. So reasonable I could imagine getting a truck and filling it up out here and driving that thing back to the East Coast in order to profit from the price of junk out there. 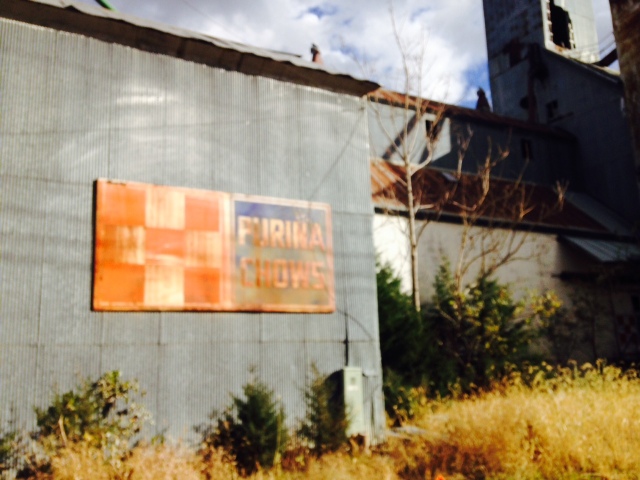 I drove on trying to keep on schedule. The clouds gathered. Rain at once fell and yet I could see the sun. A rainbow appeared and the clouds grew pink before turning blue and falling into night. I drove on passing small houses that once held big lives, and the ghosts of so many that spend so long in such a place I passed by without more than a press on my accelerator.  Just a little bit more and I will be on to the next town, having forgotten that path behind me.