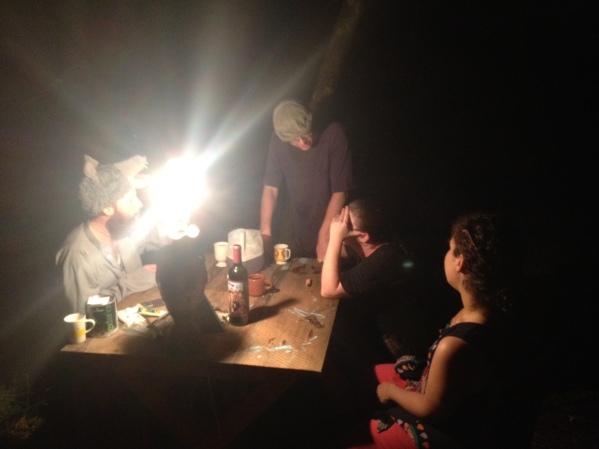 Considering that this summer is ending – albeit Mother Nature has not yet signed off on the project even if we have considered Summer at an end because we sent Sophie and Dante off to school. Summer is still a time to lazily ponder deep thoughts and lay beside the river, the bugs and pests putting on one last sonorous show before laying to rest in the frozen and bitter ground. Let us then, take a break from Doom. Set aside a civilian’s ranting on geo-global-econo-petro politics, stanzas on overly ripe tomatoes, and consider that not all dead soldiers pile up on the battle field. Some of them can be stacked on the table.
There has been for some time a party house up the street.
Now, any house can have a party, but to be a party house takes a special set of depravity, a unique point on a map that is not handed out at vacation spots, not found at rest stations next to brochures on Animal Gator Farm. These places are known as tramps once found farms and barns for a flop. These affairs, sordid magical gatherings are attended by those who cannot find there way to the Juggalo Convention, the Phish Phesti (ivus? um? mos?), or possess the skills needed to arrange their own social affairs from simple picnic to complex cocktails.
By party, I do not project or intend to say it is like those torrid affairs you may have attended or hosted in college where friends came and plugged into your room, drank all your booze, and moved on leaving the nerds and re-turds who never know when to leave. This is not a “let’s dress like the 70s tonight,” not a keg of craft beer, Vampire Weekend soundtrack, conversation and legitimate party antics – a few kisses had on top of the coat pile. A story that involves the party snacks as props. Taking a beer, taking a sip, setting it down, forgetting where it is and taking another one. This is not a party as you may have had in your first apartment, home, or wretched walk-up when you first alighted to the city in order to make it as an artist, stockbroker, or cum dumpster. No after-work buddies pretending to network but really starting at your bra without any legal HR resource, taking all your soaps you carefully gathered from all those hotels, peeing in your hamper and you know it was Bob from accounts receivable, but there was no way to prove it. Or that Chanel thong behind the toilet. When did that happen?
No, the real party house is somewhere in the sweet spot between crack house and frat house, in the space between Celine’s passage of despair and Dr. Dre’s lyrical Native Son endgame, the wandering undead who did not make it quite to society, those that dropped out, and those who never were invited to be part of any community. The Hep C crowd. The boys from D block. A dire set of cards, characters, and souls dead and yet not collected – still animated corpses looking for a place for youth to pass out and die, for old looks and lost hours to be spent writing statements on their jeans or crouching in their hoodies, every bad intention duct tape and all.
The noise from the party house can be heard across the yards. By yards, I mean, parking lot. The space that used to be years ago Wilson’s Alley, a tight collection of close to thirty houses (so I have been told), that were removed in some extraction, the early signs of Urban Renewal that great leveler of The Modern. The houses were torn down and the people were moved to what we may call “The Projects” in town. Now, decades later, more rot has set in, perhaps the whole city needs to be burned down in a massive immolation Burning Manesque celebration that leaves a new beginning…. and lots of parking lots, without the $450 ticket to get to The Playa, or La playa Ardiente del Hombre que en Realidad es un Postre Lleno de Gente fucktardo que Usted Acaba de Pagar $450 Para Entrar as it may be.
Early on in the evening the cacophony emits from cars. Horns, car alarms, beeps and boops. The cell phones are all set to stun and downloaded ring tones from pathetic popular culture’s neither bits. The early crowd who stops by to see “what’s going on.” Nothing is going on. Of course. Nothing really, that we can see. These are the lame-ass punks who show up all wrong. Too early, too late.

Then the sun sets. Dinner is not served inside, whether children are inside or not. This is the place of broken chairs. A house of empty unmade hearts, cluttered dish piles in strange sinks placed there by mutting Clowered-Piven hands, strangely healthy friends who never work out but are always active and awake. The noise it turned up. There is music playing. The voices are still friendly, but in time they will turn to fighting and raving “fuckyoufuckyoufuckyou” piles. There is a party house, I like to believe, in every village. There is a dotting of them about the land and were Yelp interested, they, and not the local police, would maintain a map and one could search for a location and attributes:
Search For: Random people, some kind of drugs, I bring my own cheep beer
Near: However far $4 gas can get me from my mom’s basement
As we sat there for the summer evening, we listened to what was becoming a familiar narrative arc of “tee hee hee ha ha yo” to “ha ha fuck yo ha fuck” to “fuckyoufuckyoufuyohaha.” I was told lately that a beating has occurred there. “Dude was a big [guy] totally beat the shit out of [that other guy]. Bloody mess, that’s why the cops were running all over with flashlights. He got away, but from what I hear, dude is in for it. Someone is goin’ to be hunting for him for what he did.”
We weren’t surprised that the taints and threats turned into real violence. These aren’t the plan-ahead think into the future cause and effect crowd. What was a little shocking was that a middle-level hood was about our quiet village, not royalty but a upper-level middle hood manager, and the proverbial can of “whup ass” will indeed be opened because this dude isn’t “shitting around.” “That [African-American] is goin’ to be dead,” my cultural informant, one of Guignol’s Band, related to me. Indeed, the village is crawling with all manner of thug life, even though we have police cameras, cars, dogs, pony, boats, and several branches of law enforcement. It is a wonder that in such a small village I can, if I wanted, buy some very big drugs.
We should not be too surprised since the area is storied in crime and the pillage of the criminal element to Gothem city and here in Fort Mudge know no boundaries. Pirates allegedly lived in town across the river in the 18th century and some are to have lived in our own fare village. In town, the bar with the poly-carbon pirates was the residence (allegedly) of Kaptin Krunch or whomever… Across the river there was a healthy number of mafia, even a few houses with secret rooms downstairs. I have been told by a close informant that he had been in these caverns, seen the secret doors, even through the mechanisms were rusty and sprung and the secret rooms no longer fit for more than storing things you want to rot away to moldy dust. Close by stands a hotel/resort now closed in disrepair and with the sign hanging half off, as they do in bad B movies. The place is huge. Fake huge, puffed up on stucco, tiles, and tacky. The place *allegedly* was a known spot for drugs on the trail from Canada to Gotham. Part of the chain of bad places to wind up when the boys said “You’re going upstate Buggy.” Today it rots away. An epic relic to those half-real days of family upstate vacations and mob wars.
In the village is a house that was built by a major dealer. This is from some time ago. When people smoked crack. This is know in the village as The Crack House. 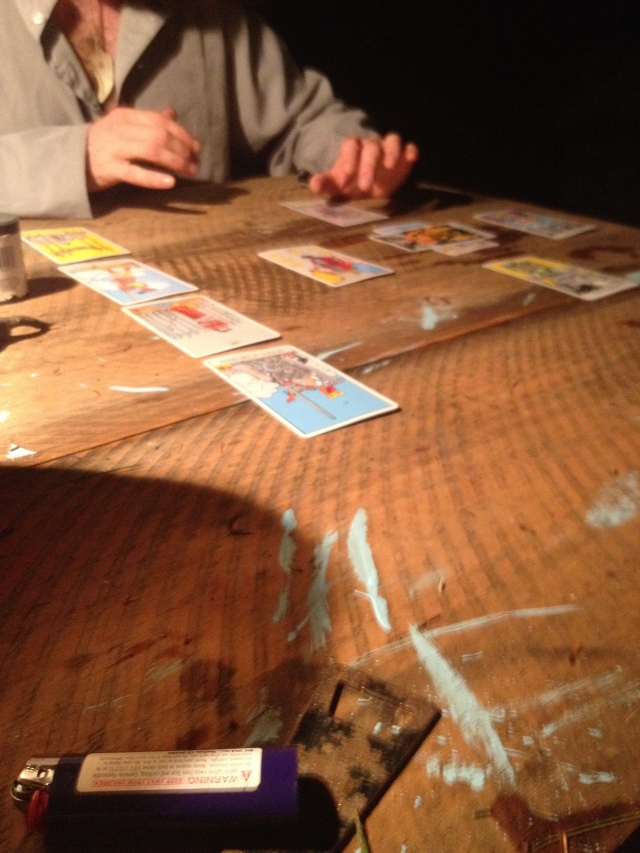