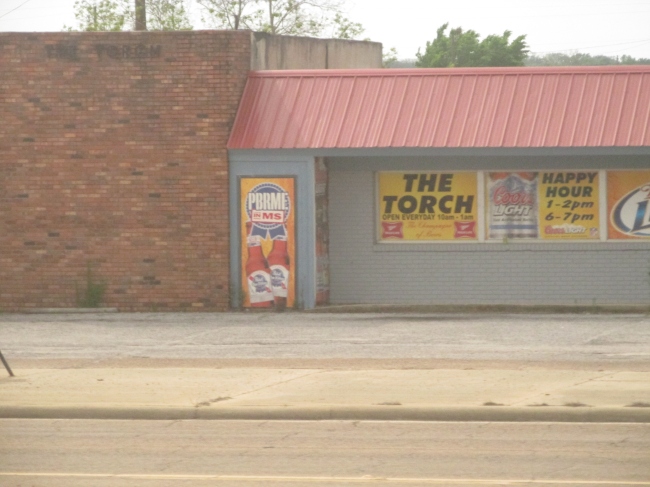 In the 1850s New England and the South had about the same number of miles of rail, which was not entirely proportional since the South takes up a larger geographic area. By 1860, and the launch of the Civil War, New England had grown somewhat in the mile of rail system, but the South had tripled, which still was disproportionate to the acreage covered, but seems to suggest a commitment to rail transportation for goods and persons. The use of a different gauge track was a wise decision, yet did not win the day for the Old South. And now I ride on some of those lines, whether from prebellum (is that a word?) or antebellum, I do not know, but the litter of structures along the way seem to correspond to those of Jerseylachia about 1880-1900.
Now, these southern structures are smaller, the shotgun shacks, slave shacks (can I still use that as a word?), and minor stores and dispensaries all are very small even though the details remain the same as their Northern brethren in cornices, facades, and brick. Their conditions are about the same too, sadly. Blown out stores, dilapidated cottages, chimneys standing in a row where there used to be houses… The rail trail wanders through all the downtown cities, passes by all the small town centers of yesterday whether it still stops or not. I saw three charming little buildings, one in old script marked “Post and Office” all missing windows and roofs of various degrees of collapse. It was then, that I noticed something. I became aware of it in Atlanta, the city of tween hookers, and a million miles of highway. Then in Birmingham, a block of Detroit brought down south as a teaching object, a reminder that we shall overcome, as long as we don’t overcome over here.

I propose from my observations that there is a distinct difference in North and South craptology. The wreckage may seem the same, perhaps seems to the untrained eye depressing, maybe the “what did you expect from taking the train” or the adage “all bus stations in the world are the same.” Which they are, but that’s another post. 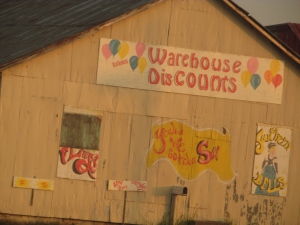 In perspective, a train trip through the Russian Federation showcased thousands of mile of farmland, some tended in the old ways of scythe and horse. SOVIET factories of various decay, and rail car after rail car of scrap. China was a tour of environmental disaster and factory cities that mixed the digital age and the stone age. India, much the same, except the trained stank like poo, melted poo, baked poo, and spicy poo. Were I a modern day de Tocqueville I would not be writing about democracy, I would be wondering what happened to this nation and how it was replaced by the third world. Even more so, when traveling through The South.

One thing I noticed at least about the historical ruins is that those in the North are of important buildings. Being a more urban people, a larger population back then of civic society, the train lumbers through downtown littered by Churches opera houses, city halls, libraries, and sundry other 19th century institutions. Not the same in the South, where it seems that the more pastoral society evaded the rail depots, they were places to drop off good and then return to the farm, plantation, or woods. Atlanta’s station stop is far from the skyline of the modern city. Birmingham also has certain evidence of a distancing of itself from the line of travel. Much as modern highways have bypassed the cities, the cities and towns of the South seem to evade the rail line. After all, travel had a much different set of circumstances in The South. For the enslaved it was forbidden. For those formerly enslaved, equally forbidden. For the White population, the rails brought nothing but trouble, they brought those from the North in war, and those profiteers from the North after the war during the Carpetbagger invasion. 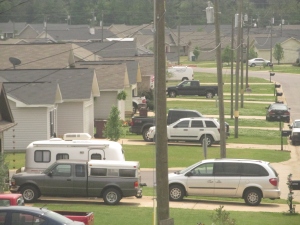 Perhaps this is total speculation on my part, but it is a strong first impression as I rocket through this land, a land that is as foreign to me as any I have seen, since I knew the history of the Soviet Union as a student, as I have learned the history of the South as an amateur. So, I will continue to speculate, or perhaps it isn’t speculations at all, but impressions and these impressions are valid since… who knows if I’ll ever return to these areas to have another look and make sure that the tank manufacturing plants aren’t the only industry (yes, there was just a line of tanks outside my window, again) and that there are some areas that have landscaping but are not gated communities and some areas of quaint old houses that aren’t totally rural ghettos…
I have perhaps the same impressions as any foreigner. After all, what did de Tocqueville really know about Democracy in America from blowing through here once or twice? But, we sure quote the shit out of that fucker.