The cold spring continues in the northeastern lands and this is an ugly time. The time before the green tangled woods cover up all the shit in people’s backyards. I love shit, but this gray landscape of crap is something that makes me want to get the biggest dumpster in the world…. How is it that people just clear space in the woods and stack all kind of unused machines, huge supersized plastic toys, lawn dart sets? A lot of this extra crap is stacked up around houses where there is between zero and half an income. Gathering crap, hording that broken thing you may need is especially true of those living at or around poverty. Yet, we should see this crap carted away to the trash tip since we are in a recovery…. slowly repeat the mantra… “we are in a recovery.” I think this phrase has been about for three years since we wore out the literary device “green shoots and leafs” for at least fours years prior since the the recession officially came to an end.**

** For corporations and wealthy persons who have their money stashed in off-shore tax havens and such.

In the villages and glens of upper Gloombovia the housing starts seem just enough to push yet another retirement mansion onto a mountaintop ridge or convert tillable acreage into yet another Walgrcvsreed to ensure that at the crossroad stop light the seniors with their medicare D plans can choose which pharmacy to buy their prescriptions at or whether it is simpler to go to Zeb down the road and see if he has cleaned out his grandmother’s medicine cabinet again and what the street price is for Lipitor. But not enough up in these woods and fields to make the Hendersons remove all those stacks of perhaps usable items from leaning against every outbuilding. It doesn’t seem like happy days are here again. Maybe it is just the cold. The drab colourlessness landscape.
True there are pockets of happy days are here again, there are still second and third homes going in here and there (real plug-uglies), there remain some economic activity, but in three years I have run out of fingers and toes to count the businesses that have either shut down or been replaced by the strange stores, the shops and endeavors in what William Boroughs always said were the sign that one had entered a “junk” neighborhood. Yet, I am told that I do not see what I see. That I do not understand that which seems obvious, and that we are indeed recovering, the movement is only up, the expansion is but eternal, the economy is showing signs of recovery, and you just need to know where to look…. which is strange, since it is true. Even at the height of The Great Hunger, the Irish genocide of roughly 1848-1858 there was actually plenty of food about. Food enough to feed all those walking skeletons tumbling about dying (the bones of which were still scattered about in western Ireland when I was there in the early 1990s). The food just had to be exported in order to pay the landowners, to pay the taxes, to pay for the British Navy and sundry other projects. So, there was no food shortage after all. The famine is a myth, then, it may have officially ended in late 1848 and after that the hungry saw green shoots and leafs, signs of a potato recovery, were today’s approach applied.
One place where the recovery is taking place is Oilandgas. 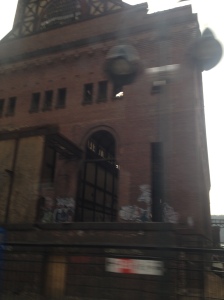 Oilandgas is again taking up land, drill-baby-drilling, and generally pushing our “slow recovery” for all it is worth. Even Uncle O is caught up in this version of hopie changie and is not so secretly pushing for the pipelines, the drilling in the arctic, the Antarctic, the organic white house garden, find the solar panels old Jimmy placed up top that may still be in the basement and extract the oil out of them since, you know, times being what they are, need to jump-start the economy that is showing signs of recovery. Screw the farmlands. Let’s turn one farmer against another, let one drink the others milkshake, lets pretend this technology is clean so a fourth generation farmer up to his neck in agro-chemical-bank debt can nail the final blow and make the land untenable for a fifth by spilling a trademark super-secret sludge all over the place. Oilandgas must be that last part of the puzzle so we can start seeing that recovery trickle into out bank accounts as we hear about that oil ooze out of pipeline breaks. We can also expand mines while we’re at it. Fuck mountaintops. Remove them. Have you ever been up to a mountaintop? Fucking cold. Boring. Rather turn that shit into xBox power, vibrator recharges, or get more miles on my prissy little Volt I drive at 39.5 MPH, especially if you need to be somewhere….
This blogger does not anticipate a backlash, a true uprising from this situation in the blogger’s lifetime. The younger generation is more-or-less in lock step with the powers that be (there are those who aren’t but they seem fewer and fewer), and the next generation, those who are still children, they seem to be half-retarded, afflicted by fat chub-chub asses and hooked on ADHD medications, addicted to pressing on the little button waiting for the treat and unable to understand why they are now receiving a shocking volt of electricity. These two generations, for the most part, seem incapable of rising up, outside of a few who will rant and push and bitch in order to keep the light of hope alive. Perhaps, then, when these generations are old and gray, the ensuing generation will look about at the subdivisions, pipelines, flat mountaintops, dead malls and teeming thicket of plastics shifting on top of the waterways, put down the game console, remove the feeding tube from their anuses, and rise up against the Powers that be, to march on Washington and depose the cyrogenically frozen head of Hillary, the regent Vice President George Bush XXVIII, and the head of the Armed Forces, Michelle Obama’s wonderfully defined arms attached to an ED-209.
That is to say, a good many years. This means that we need to do what we can since it is looking less and less likely that any re-set button will be pressed. The EU can fuck itself, we will continue with our FED and TBTF banks. Hundreds of school teachers can be kicked out of job, corrupt ones trying to game a fixed system can be jailed, and the Educorporations will continue. Wikileaks can piss a leak here and there, tell us we murder American civilians without any trial and on US soil and nothing will come of it. Anonymous can download Cayman Island bank records mix them with Spanish Fly and rub them on John Stossel’s groin and nothing will happen. We can sign Moveonchangewwfaclusplcnaacpspnundsapkftplj petitions until our e-clicking finger is blue in its cuticle and nothing will change. This means that we can’t wait for the dullards of the next generations nor the organizations of supposed change, nor a revolution of leftists, conservatives, or centrists to save the day. This means that today is a brave new world, and we have to find our little way in it in order to get by knowing at in the end, few of us will come out winners. At least some of our small resistance may make it down through the coming few generations of borg in order to plant a seed in that generation who will take up a mighty fist at all that has come before it, and smash the descendents of those currently in power… whether real or legal persons.