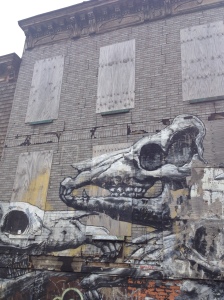 So it is that another Thanksgiving Day sun sets and Black Friday Eve, a new holiday, starts as shoppers are tempted to max out their credit cards and sell their children to the slavers in order to buy flat screen TeeVees or socks.  It is long past the time to comment on the shifting sands of commercialism or debate worker rights for Walmart “associates” and Target…. Target…. Whatever they call the underpaid folios and n00bs who stock the shelves with the Theeds we needs.  We can no longer debate commercialism in Christmas…. the decorations are no longer up the day after Thanksgiving, but now all things Santa are out with the Halloween candy.  Santa and Satin together in a real life imitates art Nightmare Before Christmas kind of thing without the whole singing skeleton dude….  Except if you count that you can buy the merch from the film and associated costumes.   Like it or not, Black Friday Eve is here and expect this year to be the first where we observe Christmas Eve Eve Eve Eve Eve Eve.

As out guts settle in our yearly marathon of Freedom From Want, many also digest the news that the world continues to spin, whether we check our voicemails or not.  Our individual acts of kindness or brutality are but microcosmic pixels (or “dust” for those still using analogue analogies) in the shifting air streams and convections as Kansas had postulated, that is first proposed, in 1978.  And that wind seems to be growing, yet, not every superstorm™  can be an indication of Things to Come, as the old tagline warned us for years before the crash of twenty ought eight, “past performance is no indication of future outcomes.”  The work we do to source our produce locally, according to Freakanomics, does not leave a smaller “carbon footprint” and all our aspirations to craft our own beer, mint tea, hand carved condoms, and small batch dental dams is an indication of our already well sated needs and not a movement to that World Made By Hand extolled by certain Doomers.  We are finding ourselves and the work we do far more alienating than ever before, yet our need to do more than open our mouths and have food fall in to it has never been greater than before, so we take on Labour as a hobby.  Those things our grandwhatevers did as part of the boring drudgery of life, we take on as some social statement about our Freedoms, a badge of authentic in an ocean of fake, that strange thing we do as a hobby we secretly hope becomes the Next Big Thing and allows us to then tour college campuses touting, “yeah, I was like whatever, but then things happened and I moved my [your dumb idea here] out of [the garage, parent’s basement or whatever sounds bootstrappie enough] and then [usually they say maxed out their credit cards but we know it was a lie] so we could expand and now today we are [some lie about market share] of [the dumb idea, often organic soap which is fitting since we’ve all seen Fight Club and know what that shit is made of]. 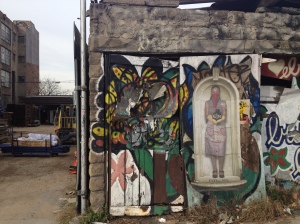 This author is no less guilty of this move to making shit by hand, using tools powered by hand, and otherwise trying to learn a real craft as a coping mechanism for this author’s Kafkaesque employment and tread mill of debt that in spite of 10 hour work days, does not seem to diminish.  This year I have learned how to make my own pet food (dry), shisha from home grown tobacco, can pickled veggies, brew beer, and battle squash bugs, horn worms, Japanese beetles, aphids, mosquitoes, and sundry other bities and eaties that creep into our garden day and night.  I have failed at many aspects of these tasks and failed even greater at those not mentioned in the list, but I do disagree with the Freakanomic folks in their documented proof that local is not better since they still are applying the Old World mentality to a situation that is evolving.  We can’t go on as we are, we may slide fast and furious or slowly, but we will see great changes and have to respond in ways we may not be able to fully comprehend now.  The craft and local food movement is supposedly and answer but it may just as well be a fad.  Worse than a fad local food and crafts may however be an indication of a more constructive mass social illness taking place in our great land but nevertheless is a mass hysteria no different than the Satanic cult scares of the 1980s, UFO panics of the 1950s, and witch freakouts of the 1374s.   There is a school of thought (perhaps related to the now debunked “collective consciousness”) that social conditions can create or define their own mental illnesses.  That many pathologies are described not because they came into existence or were finally recognized by doctors, but that they are defined by social conditions.  Autism today, perhaps part of a greater need to have all of us conform to certain norms, dyslexia the need to have us all spell, write, and reason as a mass product, bi-polar born from stresses of the contradictions within the system of capitalism (apologies to Marx for just totally shitting up his theory for my own analogy).  As wandering sickness spread over Russia in the short decade before the Revolution and then vanished, our trending words and actions and complexes tell us less about the brain and its wires than society and its discontents.  In Russia at the turn of the last century, people could no longer stay put, so they blanked out their memories and moved on from village to village for no reason.   We don’t consider so great a feat to wander the land until recognizing that Surfs were owned by the land, not the master, and their family had lived and died on that land for centuries.  Perhaps our own wandering sickness is to just pick up and want to raise sheep.  Our small brewers and craft cheese makers are sick in the head, part of the larger zombie consumer culture.  Perhaps it is true that these pockets of fare trade organiz XYZ do not present the solution to the mechanized and commercialized landscape of pollution and planetary demise, but part of the overall miasma of our society.  The farmer’s market with the perfect turnips selected by the chief who names the farmer on the chalk board on the menu for the $15 half bowl of soup, the guys with beards and suspenders brewing a single malt double chocolate spice porter, the college educated crowd who take time off from Parsons, Pratt, and Purdue to bounce about the globe as WWOFFers harvesting elephant garlic or banana apples are no different than those masses of asses who are already pressing against the doors of so many malls and superstores™ about the nation.  Just different ends of the same spectrum disorder. 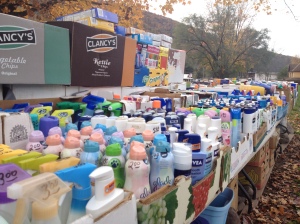 And so it is that question is still unsolved.  That question of What Is To Be Done? Is kicked down the road a bit and provides fodder for future discussions, rants, and musings.  Do we just stop looking about for Doom, perhaps also a fad and perhaps peak oil is a fad as our forefathers feared UFOS and those who came before G/o/_/d/s/ess/es.  If learning to cane chairs won’t save the worker, planting an organic garden won’t save the food supply, curing your own free range pork belly into bacon won’t save money, and none of this will reduce our collision course with mass extinction at the altar of a carbon economy, then who, or what is going to save us?  The beer I made from a kit.  The seeds for the garden came from all over this nation.  The plants from Canada.  The soil was brought over by a truck.  The wood chips harvested, created, and dumped using combustion engines.  I assume each tomato grown cost about $39 of investment at this point.  The many crafts I am learning I am doing so by using Youtube and the Internets, all powered by fossil fuel and computers created out of rare earth dug from the ground by children and fought over by warlords.  This tepid attempt at self empowerment nothing more than an angry teen with Hot Topic clothes and Dubstep posters slamming the door of their bed room in the face of parents yelling, “it’s my life I can do whatever I want!”

This I will continue to make my beer, learn some dumb ass craft, gather and use hand tools for now, and consider if there is some other greater solution, if not for the world, than to make sense of the shit I do and the life I lead (without having to join a cult, however…. it’s looking like a better idea every year…).  Tonight, I keep the first of what I hope will be many Black Friday Eves to come in a new tradition….  A tradition that I will do when I figure out what would be a good tradition since tonight, I am all out of ideas.