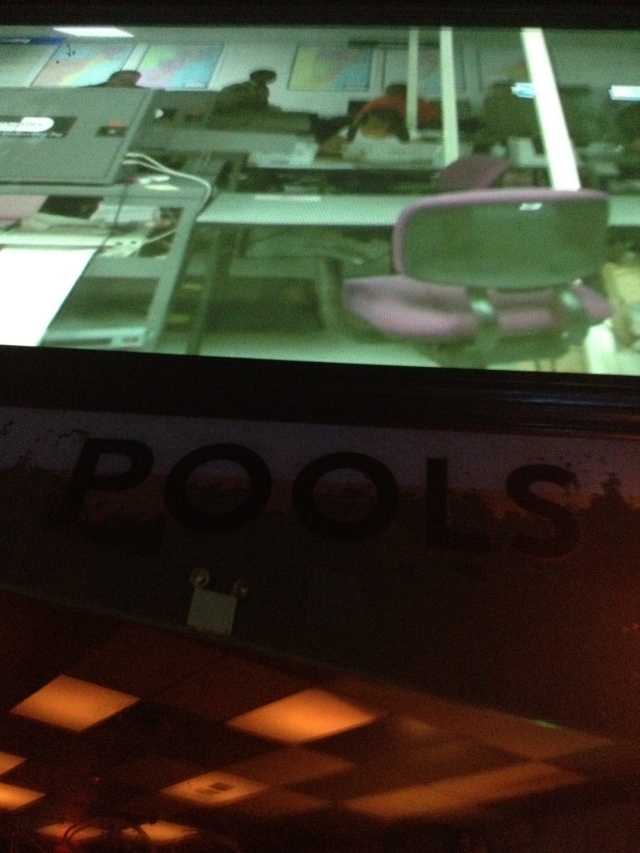 So with one disaster over – the electocaneaquake – we can privately and publically start preparing for another one – and not Chrisanukaheidwanzadwalisticemass gift buying season, which will require all those batteries we bought to prepare for Sandy. As the extra groceries we bought to stave off hunger and want during Sandy spoil in our Frigid Airs, the bread blossoms to green and yellow (except Wonder Bread), and we again munch away on all our Heath Bars from our go bag, we need to prepare for the next disaster. However, we are not sure what disaster this is. We are told a great many are about to arrive. We are told we must tune in to round the clock coverage. Our disaster may be the dip in employment figures as so many PAC and Super PAC workers are released, the quantitative easing of local TeeVee stations in Battleground States ™ ends, and happy-faced politicos fed into the dying print industry vanish, leaving more workers out in the cold. We are told that this next disaster is the fiscal cliff. Revenge for continued subsidizing of Big Bird or just some way to raise viewership on C-SPAN. It may be that the various holes in our economy finally stop being local, personal, and relegated to “rotting downtowns” and “bad neighborhoods” and makes a debut on the national stage as people in The Mistake By The Lake, The Heavy D, No Hope, No Work, Asshole, Scarytown, Pennsyltucky, FayetteNam, Bodymore Murdaland, Ass of the Valley, Excremento, Disgusta, Slummahville, Smallbany, and Newburg realize they belong to a society that matters little to the boardrooms, situation rooms, and oval offices and yet is spread out like Native Reservations of a New Republic so as to take up an expansive geographic condition that dwarf the Little North Korea that temporarily was downtown New York City as Chinamen and business men were momentarily unified exposed together to cold apartments and bad food (with the power returned, the Chinamen continue with cold apartments and bad food). It is inexplicable that this disaster of poverty and disruption is not noticed, so perhaps this is not The Disaster© to be on the look out for.

Maybe The Disaster is in marketing. It may be that from now on, the slightest rainstorm has a name and is provided an honorific – Bill The Blizzard, Norma the Northeaster from Northern Nantucket, Sr. Howard Slight Drizzle Tapering Off To Partly Cloudy, Irene Jr. Esquire Late of The Antilles. I can’t wait for the teeshirts and hoodies, the batteries and generators with commemorative decals and sundry merch and swag from this ensuing and expanding event horizon of cleverness. This author cannot wait for Halarad the Hardbargaining Hurricane. I am pre-ordering the swag.

This Disaster© ahead may be the unwinding of our own government as it slowly turns against the interests of its citizens. The conflagration of the NDAA, lack of Habeas Corpus, drones hunting in our native skies, and other encroachments on our freedoms all while too many quote Orwell about flags and crosses and fail to see fascism can come wrapped in a rainbow flag and carrying free Chunky Monkey ice cream. Maybe this was the last election where We The People voted as a nation. It is partisan politics from here on. De-frendings on the Book of Face, brother turning against half-brother, a country split in two except there is no region or line nor a Great Cause to defend (sorry gay marriage is no comparison to the slavery question – a modicum of recognition by society and state, mutual property rights, and a fun ceremony with bad cake do not equate to being owned as motherfucking property and working until you died) and the enemy is spread throughout all our lands infiltrating our condos, boardrooms, and Starbuckses. Your Indian neighbor may be a secret Bobby Jindal and doesn’t like curry. Your gay roommate may be a Ron Paulist. Your wo/man may like to be tied up, strangled and smacked to get off but claims that h/er/its body is h/er/its property s/h/e/it respects. Jonny Reb at least wore gray, went yeeehawwww, or could be recognized by his white sheets and luminescent cross but no amount of ear gauges or suit-and-ties will define the enemy within your own ranks. No, the segmentation grows ever on, the risks from polite conversation increase until we don’t know if to every dinner we must make a vegan/kosher/vegetarian/Palio/gluten free/soy free/GMO free/dolphin safe option nor for whom. From this high water mark, a split of it appears two parties, we drift slowly (or quickly as the news cycles out have it) into our little segments and little interest groups, our petty ethnic groups, idiotic cultural signifiers, stupid team affiliations (go Bears!), and the worst of Blood and Belonging making the 32 parties of Weimar something we may work to achieve as the parties and groups multiply as the black hundreds on frozen steppes. 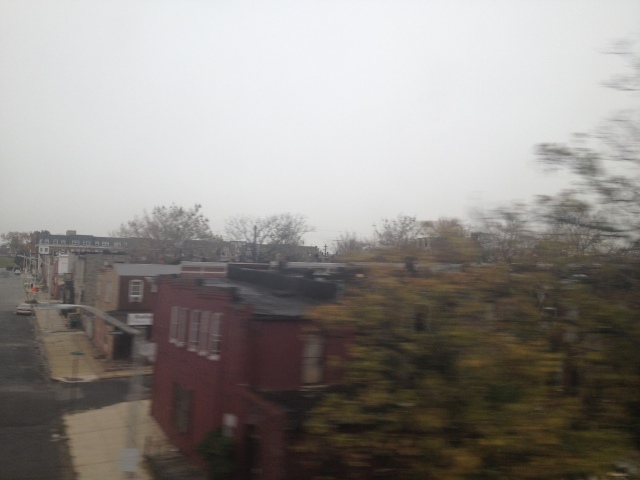 One thing is certain; we have reified our election funding. It is solidly part of the system now. It worked for both parties, and for Uncle O just a bit better. We cannot again remove this money as an ever growing and secret funding will be required for this process, rotting, like that fish in the Italian expression, first from the top of our State and then spreading until even Dog Catchers on the most outlaying reservation must run a 100k campaign in order to have the honor of collaring rabid squirrels and dogs with unusual tumescence conditions. If history serves as that muse who warns by example, but never repeats herself, she shows us so many examples of this sort of corruption of the access to the halls of power only being undone by civis seeing the treasure of polis and raising that hand by bloodshed. While we are distracted by the MSM and the Conserlibevatalive media about how important gender normative behavioral debates, controceptocracy and prolifeocracy battles, the enfranchising or not of Hispanics (because Cubans, who have voted in great numbers and generally Republican so they don’t count…), or fiscal cliffs, the bills will be coming due for Obamney and his team, and this writer hopes he can change his address before his creditors come a-calling, and since the checkbook of State is underwritten by We The People, we are all of us put on the hook for the billions of dollars Someone invested in Team Believe.

The Perfect Storm™ was a nomenclature already guarded by a film franchise so to Sandy we dubbed her a Super Storm. The convergence of a tropical storm, a cold front, and some third thing no one has really explained to me, but some claimed was a northeaster up by Greenland. Whatever the science behind this fluidity of systems, this is Mother Nature’s best object lesson that in time, all things cross paths if it isn’t an example of how destruction is never wide-spread but always exists as a collection of pockets of imperfections, such as a certain section of a city without electrical power, and individual events, trees on cars, houses flooded here and there and not miles of wastelands as we see in so many films of the apocalypse.

This fine day turning to snow and darkness I am looking out the window of a high speed train running on rather low speed tracks and jotting down these ramblings and savage thoughts. I coming from a city in the northeast corridor for some business with M- in the Oblast of B – . The view out my window shows the ravages of the storm. This is not Sandy, nor the new storm dubbed Anastasia von Loppendorff or whatever we’re calling these snowflakes. These ravaged ruins and rotting landscapes of broken dreams and spent lives are the sum total of a greater storm that has set upon this land for more than thirty years, and which appears to be growing and converging with new forces. Burned out buildings, water soaked factories, flooded toxic fields and swamps all whiz by…. for hours. Were we to assemble all this destruction together into a city (Dis?) this city would surpass the size and scope of the damage to Breezy Point (a gated community with its own private security force where one could not take any form of public transportation to visit the federal parkland beaches nor even park a private car were that you could drive there turning this area into a publicly funded resort for the few), or New Orleans (building below sea level people and we expect…? At some level, duh….), or whatever mass of beach houses, Bentleys, and boats now been vanished under the waves no matter how they were stacked or arranged. This city of the dammed would perhaps cover half the eastern seaboard, perhaps even more. Perhaps we need name this storm. Perhaps this storm should be called something like Goldmansachsacane. Super Storm Smith Barney. Those are really frightening storm names. I better get out and buy milk, bread, and batteries while I still can. It seems that the disaster has been happening for some time, we just have yet to wake up to this fact in the news, since it is not our car crushed, yet, house flooded, yet, or thin slice of the world where services have stopped and the factory has closed…. yet.