I would like to report that I have some sort of insight into the workings of the world, the economy, or know when we will be getting our civil liberties back, but I don’t. I have just been to the eastern coast of New England but don’t have anything to add to the pile to commentators who long ago realized that this place was a wasteland and we have turned our land into a long procession of parking lots, gravel pits, and Best Buy outlet malls.

This coast was first industrial, and post-industrial, and now is post-post industrial as the newer characterless cheaply built boxes replaced the well-built brick boxes that had a little character that replaced wooden structures with some character, that replaced forests and fens with tones of character.
These seem to be built empty… Ready-made abandoned spaces leased off or sold only according to the banners shredding in the wind. The rusted sign exclaims “under contract.”
Given the number of such places I have seen in my short adventures, I wonder the size of abandoned factory and commercial floors. If we have paved enough land to cover Georgia, is Alabama the size of our national abandoned warehouse?

I passed several former factories that looked like those I had seen in the former Soviet Union. Except that several moments later, I passed by huge Mc Mansions with chemlawns and kinder playgrounds where the kinder never set foot so enmeshed in being transported from one structured activity to another they may be. I wondered at the many façades that seem to continue to rot into the future, the several lots that seem to ebb into nothingness, the Kentacohuts that are lit but empty. However, there are clusters of SUVs and again those houses built with the same techniques we construct mega-chicken breasts…. Too huge to be supported my bandy legs….
There are more than a few reasons to fear the coming summer. More than the election that is currently producing exactly what we expected – entertaining in-fighting among certain performers, the selection of one – Romney – then a fake election where Obama is given another term. They knew we needed to get Obama to prevent an uprising. To buy time for them to create the police state that is currently being built under the watchful eye of Obusbamhma and tended to by close to 1400 agencies and countless other contractors all falling over one another to keep us safe from our tax money and perhaps prevent a few crack pots from killing people…. As long as those crack pots are sand people and not actual people, like the poor kid who was shot to death in cold blood by some dude the MSM wishes was white and would re-ignite a race war, or Bible thumpers murdered by yet another craysian with a gun, or the countless other maimed and murdered or dispossessed in our land… because these people were not killed by sand people, so those victims don’t count. The security apparatus is here to protect the system from us, to protect the rich from the rest, the energy pipeline from disruption. All those billions of dollars are not there to keep us safe from actual wackos. Because those wackos trained in their backyard, not Afghanistan.

The MSM attempts to divert us with a potential race war (no attention to the fact that the killer of that kid isn’t white, has a Jewish last name and lives in a state many want to see given back to Mexico or the Soviet Union or wherever). The tape was not edited by mistake, but to fan a story by getting us to kill one another rather than ganging up on the 1%. And speaking of cray-cray MSM we seem suddenly to be a nation of energy producers. Our nation has green shoots coming through – except for the up tick in foreclosures… but that is just a backlog… and commercial space for lease… that’s just a lag…. and student ready to default on their loans… that’s not going to happen because they’re all going to get jobs…. and their debt cannot be discharged. We are free to choose more than ever before. Except we can’t choose. They want to strip search you because you don’t have an audible bell on your bike. They want to track your movements because you want to protest. They want to force you to buy healthcare rather than receive it. The more insane the claim the better. We seem to be a nation where the MSM can run a story about how our new –found energy independence will make it hard on environmentalists and conversationalists because our heating bills, our cooling bills, our happy motoring bills, will all go down. Where we will once again don the mantel of WORLDS SUPERPOWER and kick some Commie… 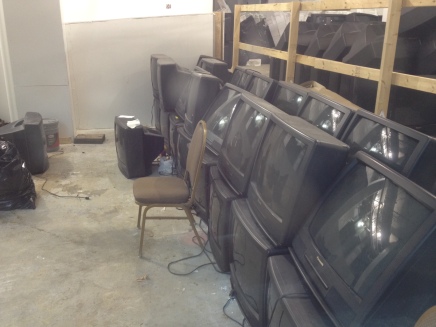 We will do it, and bring the Die Hard franchise back. Right after the government searches your asshole for drugs, bombs, or Osama Bin Lindy, the second cousin twice removed of a certain Osama Bin dead guy who never paid his parking ticket in Rockport, MA where the ticket is non-dischargeable but otherwise a local matter and not enforceable outside of the town and village… which is why I can never return…

The summer will come fast and little will change. The price of gas will go up, but that we are told is temporary and has to do with “instability” in the Mideast. The economy will continue to “sprout” and we will be told about “green shoots” and “recovery” as we have been told for three or so years…. And your energy costs won’t go down and your pay cheque won’t go up. Electrical wire at the local LowHomeDepotes will carry a sign that exclaims – the price of these materials may be set daily due to market fluctuation as we have sold oysters and other hard to catch sea food. We will perhaps see these signs on other materials. We may see these signs on food. However, perhaps not this summer.

The older definition of sea change meant a slow rising of the tide. Imperceptible outside of people who weren’t paying attention, until the waters are up to your neck. The last six or seven inches to your nose will move much faster than you can react to. Perhaps by then the rip tide will be pulling out under. Perhaps it is best to start preparing while your shins are a little wet. My garden is being put in. I am learning to can food. I have a tax return which I will turn in to a few hand tools.

And perhaps just look to enjoy each day a little more. Seeing how by next year we’ll have $2.18 gasoline. We will each receive one of those new flying cars. We will all enjoy the freedom from all forms of government control, except for control.