It has been said that those with little imagination do not see the world as it could be, but only as they believe it has to be.  That if things are a certain way, that’s the way they always were, will always exist, and that some magical unicorn will be the only “change agent” in the universe. Was it Mark Twain (not going to google it) who said that while he had met people with total lack of intellect, he had never met a man with no imagination?  Twain believed that everyone needs some imagination in order to get out of bed, even if that is to put the kettle on for tea.  We are told a great deal about innovation, and I guess that that takes some imagination or as the Disney crew claim, Imagineering.  Or was that Spielberg with the whole Imagineering thing?  One issue with imagination is that it can lead to imagining that things will go as one wants, wishes, or believes is possible rather than imagining that the situation today needs a very low tech set of solutions, rather than Imagineering (when did that become a word on spell check?).  I could see that two people face a charging bear.  One has a great deal of imagination.  They see rocks on the ground, they see the tree with the branch balancing that in certain amount of time the bear will pass under, and they will imagine that perhaps if they look to the sky, they will see a giant condor come down and scoop up the bear and drop him into a nature preserve.  The other person with little to nil imagination sees the bear, looks to his friend who is contemplating a complex or magical solution, and runs.  Unlike the old joke, one must not out run the other because the other isn’t running.

Working in a technology company, I am surrounded by many people who have a great deal of imagination, who are clever, and who can remember things and write code as some people… write facebook status updates and click send on emails with title and body that reads “LOL.”  Certainly, working in this area, I see that I do lack a certain amount of knowledge, skill – especially when it comes to numeric sequences and logic puzzles – and that I do not have the same imagination many of my colleagues have.  While many people say I am spontaneous, my actions may be so (take a trip to such and such because I tossed a dart at a wall) but my thoughts are more rigid than I would like.  I tend to think the same thought for some time, considering different versions, even if it may be just a daydream.  This doesn’t mean that I have a better power.  That this “turning over thoughts” allows me to see an idea from different angles because… well, thoughts have no shape other than electrical impulses, and those different pulses don’t have angles.  The point is.  I am not a clever man. 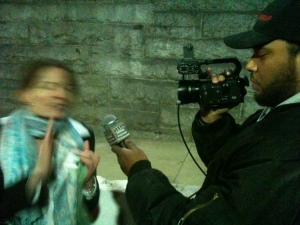 There are many like me, I suspect.  Not much imagination.  Or is it that we’re not clever?   I cannot believe in the complex solutions to certain problems, issues, or economic conditions.  I cannot imagine these complex solutions solving issues that while complex in an academic sense, have certain simple solutions few of us want to take.  Healthcare is needed by a multitude?  Create a system to have a market and order all to buy from that market, have a small back up system to pay those to pay the market to provide certain services related to health, but exclude certain procedures, some medications, and prior conditions but only in some cases.  Or, provide healthcare based on citizenship and allow those with money to buy extra health services should they want to.  Create a large system of carbon tradeoffs to allow companies to pollute but pay a surcharge, based on the industries self-policing, that provided to the Federal government who then bundles this money to go to innovative non-profits and other contractors who bid on solutions to those pollution problems and promise to bring additional investor or donated money so that the corporations don’t pay for the entirety of the costs since the research on impact is still unsubstantiated even though we have run out of bees, bats, and frogs in much of our nation.  Or, we can create an agency that monitors air, water, and soil quality and sets fines for polluters or funds scientific research in cleaner manufacturing.  The list of complex and simple could continue for a  number of pages, but the basic point is more than pounded home with a monotonous rant-y-rant that only a person who lacks imagination could do.

Often, I find myself questioning the complex solutions of our modern world.  This isn’t to say I hold up the peasants of ye olden days as more better because they did not have no book learning but could see clearly and had blah blah blah, noble savage, blah blah blah, back to basics.  I don’t disagree with progressively figuring out ways of doing things, however, is there a point where the iron law of diminishing returns kicks in and our clever, cunning stunts no longer afford us a set of solutions but build ourselves a Rube Goldberg trap and we are long past the point where we have set the thing in motion.

The economic situation was brought on by complex financial “instruments”.  “Free Trade” has created greater economic imbalances, fewer jobs (for this nation, that is), and less freedom for smaller companies that can’t afford the staff needed (or bribes) to navigate the “free” in the free trade.  The scientifically-based-teach-to-the-test parental choice clusterfuck that is education has brought about an even greater Byzantine system where we still see (predominantly) white teachers and administrators mining what I now call “black gold,” the renewable resource that is our illiterate, semi-literate, and functionally-illiterate predominantly black children who seem to renew another crop for the harvest of the education industry since re-reading 36 Children today I could pen in words like “Smart Board” or “NCLB” and toss in a few Mexican children and a token Asian the basic script of the story would remain unchanged.  For every problem, our society on all levels, tosses the most complex solution imaginable at it, Imagineering that with hard work and a positive attitude, the ball will knock over the pail that sends the scale higher that brings the axe down on the rope and cuts the cable that holds the three ton safe that is hovering over our collective heads.

Perhaps this is because at the system of capitalism we have created is made that way (that I differentiate from the “market” – the exchange of needed goods and services with a goal of prolonging the market place rather than squeezing out profit and moving on).  Our Americapitalism (exported and adopted by much of the world especially The People’s Republic of China) is made to create waste, to create systems that need complexity because waste creates profit.  An example may be how we cannot have Americapitalism and environmentalism.  Take the high speed train as one example of environmentalism (a questionable example but just take it at face value right now and google the impact on the landscape later).  We could create trains that could move thousands of people a day and expand our metro areas in ways that cluster around these transportation hubs rather than spread out consuming the landscape in wasteful ways.  We could have a train go from Albany to New York city is, say, a little over an hour, with stops at Garrison, Cold Springs, Beacon, Poughkeepsie, Hudson.  This may remove hundreds of thousands of cars if these lines went into New Jersey, up to New Haven, even to Boston and Washington DC.  However, think of the cars you pass on the highway.  Each one has an individual engine block filled with oil.  Each one needs individual insurance.  Gets inspected.  Passes or doesn’t pass emissions tests.  Has check engine lights that are always coming on.  Gas stations at every red light.  Houses up roads that need to be ploughed, and then children needing to be picked up by school buses.  A military that must wage war or be stationed all over the world to ensure our access to oil and gas in the quantities our carscape requires.  We have at our center, industry upon industry depending on the waste of the car.  Put in a high speed rail, and these complex systems may collapse, especially since they all are looking for 4% return every year on initial investment, in perpetuity.

There is an increasing amount of these situations.  Perhaps the mark of the corporate dominance over private personal sole or small group proprietorship, is this waste and inefficiencies.  This would make sense, since the corporate media is always telling us – educating? – that the government, the economy, the society we had was inefficient and broken.  And corporations have shown time and time again, that those who accuse are often guilty of the same or greater crime.

For now, I will not invent an invisible city to live within.  I won’t imagine a world where we either meet the starchildren (left), G/g/o/_/d/s/es/ss appears on earth (right), or did Justin Beber father a child? (center).  I will keep my imagination to that of getting out of bed, putting the kettle on, and counting ducks as ducks, whether they quack or attempt complex phoneme blending.