The Road to Ganon 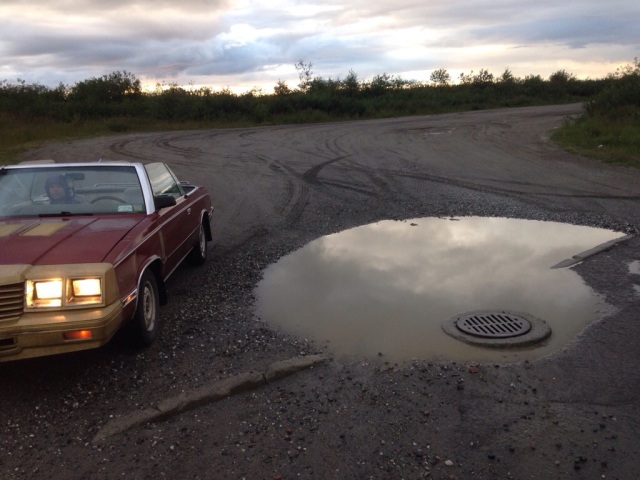 Our car had been battered by several kilometers of rough road. The Route 389 from Fire Lake to Fremount is punishing for any machine, but for our little Dodge 600 the washboard gravel, sand ditches, and sharp rocks were enough to make me wonder if indeed we would get through in one piece. We had only one spare tyre and had just been told that a flat may occupy 6 days, which in our current breakneck world was not in the cards since I had to be in Cleveland, OH, USA in a number of days. The car took a beating. Parts fell off. The dash board threw open the glove box and the radio’s face popped off. 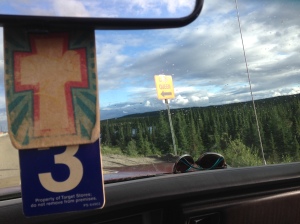 The 389 wanders back and forth over rail tracks along a dusty very broken road that connects one large hole in the ground at Fermont to another large hole in the ground – Fire Lake.
These holes are mines and these mines are nothing like most people have seen. The size of these operations cannot be told by pictures alone since a photograph but reduces the perspective, makes the machines seem distant and quiet, places a certain mantle of civilization on this brutal and dangerous act of violating a mountain and turning it into a crater. Huge tyres are stacked at one section of the 389 to form some manner of fence, perhaps a railing, or a pen in order to keep out the civilian traffic and allow the machines to run in shifts long in to the night. Rail cars filled with red rock passed us by, one seemed endless and we switched off the engine and waited as uniform cars, this time filled with liquid of some kind, rolled by at a processional pace. The only other sound was that of the degraded taiga and far off in the distance the boreal forest resumed its carpet of pine, moss, and lichen that was broken only by the lines being put through for additional hydroelectric to feed the growing and hungry iLands and the devices feeding on forest thousands of miles away. The eternal quiet of the sacred hunting grounds turned into electronic cat pictures and that light you left on in the other room so that if by chance you re-enter it, you need not do so in the dark. It seems that another river and other series of valleys, another vast swath of land is being submerged, a new dam constructed allowing humanity to turn on and off grand and primordial waters as if a tap at a cheap hotel and the power of these actions to be transmitted through virgin territory to be clearcut in order to allow skyscraper-sized electric towers to plod across the land to the coast and eventually to the United States of A- to give us power we do not yet need, but will because who knows how many watts and amps the PS14 will take or the lights of Super Bowl CCCP.

The road to Ganon is paved and having been set down a number of years ago has quite a bit of frost heave. After the stretch to Fire Lake, any pavement was a welcome sight. The forest had been burned some years ago and here and there freshly burned sections appear, the ranger at the Pistolet Bay park had said Labrador had terrible fires last year and was again facing a drought as it had not received the rains that usually come with the summer and in winter, apart from the storms that drop ample snow, the skies are bright and the air dry.
Ville De Ganon has vanished off the map. It is not a ghost town since every building, every structure even most of the roads were dismantled when mining operations halted in the late 1980s. When the town was built in the late 1960s everything had to be transported by air. Slowly, a mining operation started extracting ore and quickly a town of 4-5 thousands grew to support this endeavor. All that remains today is a stretch of the 389 that has sidewalks and a median. Once there was a town here. This time, we stopped only to check the car that we had not lost any vital pieces before continuing. Years prior, I had been here before.

Years prior, on previous and very different trip, we stopped in Ganon. Having a Jeep had its advantages, and we explored some of the roads that had been removed. It was there we found the old cemetery. The graves were marked (when they were) by small crosses made of iron, almost looking as if this haunted space was from the 1870s rather than the 1970s. Many of them were children.
We wandered about but there were other roads down, overgrown and frighting. We knew if we were to go down there, we may not return,
Years later, just a few days ago, this was discussed, that we had a Jeep but did not take it fully off road… However, even knowing what Nelly Bell (our name for our Jeep) would never have returned. We would still be out there, in the lost spirit village of Ganon, like Spirited Away, except that rather than friendly ghosts, we would be surrounded by ancient and angry spirits still wounded by the mines, the dams, and the road that ran through the lost city of Ganon. 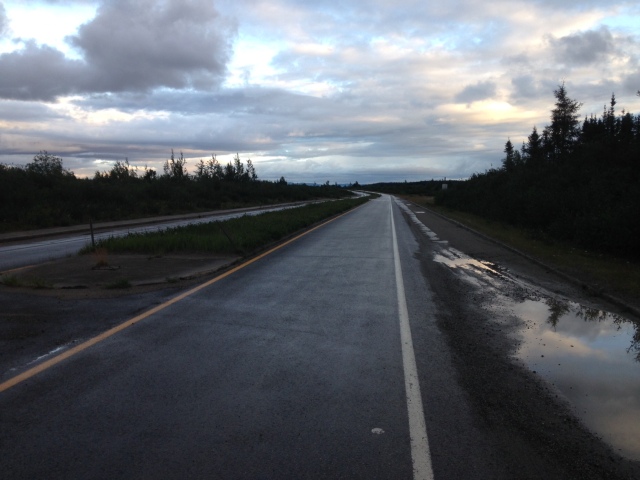