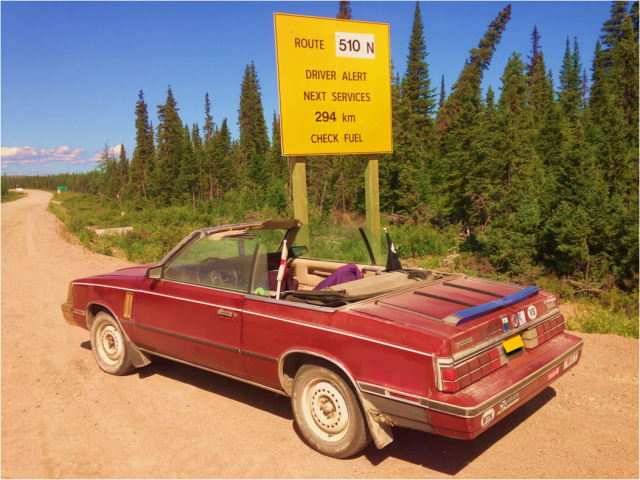 Route 510 turns away from the coast and moves inland. Once can still access a hamlet here and there after Red Bay, like the turn off to Iceberg Alley, but little else than to keep on course. We took the road to the small hamlet of Mary’s Harbour which is apparently a good spot to view the passing icebergs (there were two small melty ones in the bay and two larger more distant ones we saw thanks to some elderly Nordic tourists who lent us their spyglass) as they blow in and out (one the size of a building apparently came to visit the next morning according to our Nordic tourists as they described it to us at a gas station where we happened upon them again). Apparently the coast just outside of the inlet is filled with icebergs when the time is right. Mary’s Harbour is also the launching point for vacationers traveling to the historic island of Battle Harbour where several museum-quality buildings serve those tourists able to afford such travel. The hamlet is indeed sleepy, a crab factory seems to provide some employment and down the small roads some reach the waters of the bay. In all a quaint town and the one open store seemed more a jumble sale than a village outfitter but it did the trick and we supped on the finest chips d’potato and soda and I browsed the selection of food in tins wondering the vintage of some of these products. Like many other businesses in the region this one seemed to have been something else, something much larger and there was a closed off restaurant and a kitchen that had been turned over to a storeroom or just that place things get set down because the setter said, “I’ll get back to that later.” 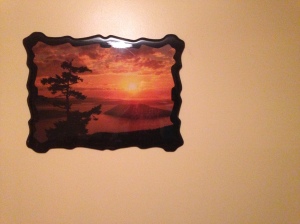 This is not too much of a surprise. As fast as they are building roads, the population seems to be melting away. While the road will provide some contact with the outside world, they are still at a peculiar end of the world. With the fishing industry on life support – some communities such as that on Black Tickle Island even thinking about disbanding – the way of life that has maintained these people for generations is vanishing as are the benefits in our modern world to be living so removed from society. This is not a sleepy way of life, but an up before dawn and out in a very unromantic boat killing fish all day kind of life. So, perhaps not too surprising so many are trading that in for more glamorous modes of living… like the mines, dams, and lumber industries of the interior of Labrador…
While there are some dirt roads connecting the gravel highway to other communities, Port Hope Simpson is the next community on the road. This one is larger than Mary but less picturesque, if not a little ugly. The road has two gas stations and some business that has perhaps not been open in years and from this turn off there is a clutch of houses – a few more abandoned or never realized businesses – and a guest house and further on a hotel. The hotel is called the Alex and it bills itself as a “Northern Experience” and indeed it is truly the northern experience if by that one means crappy and expensive. This isn’t to belittle the establishment at all, but in these areas quaint has to be hauled in several hundred miles, often dragged along a dirt road or heaved up and over large trees so that by the time it arrives all the finials and filigrees have been smashed off and perhaps even sixteen shits knocked out of it so that only the most utilititarian elements remain. The hotel was a community center of sorts. There was a small lending library with an interesting selection of varied materials in the hall and a basic restaurant with a dining room that looks out onto the waters of the Alex River as it empties into the ocean’s more violent waters. Were we to have more time, it would have been great to follow those waters as there is an entire complex of islands and fishing outposts (some inhabited by a few elderly folks while others abandoned) but we were to spend but a single night in the Hotel Alex to get our piece of the Northern Experience. 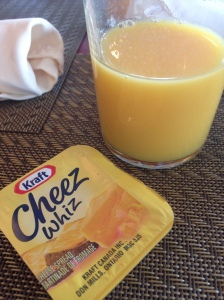 From this community – also the last gas station prior to Happy Valley or Cartwright, the road turns ever inward and at the split where one may take the gravel highway to Cartwright, a large city by the standards of Labrador and one that has heavy industry, the other branch of 510 leads into the screaming wilderness. This is the point where the road now turns in to Happy Valley Goose Bay, the newest section of the Trans Labrador Highway. Strangely enough, or perhaps not so, the road conditions resemble those of the prior several hundred kilometers except that some of the graded passages are yet narrow as this section is nowhere near being paved and apparently those sections between Red Bay and Port Hope Simpson are close to being close to almost getting pavement.

The landscape from here is the boreal forests of the lowlands. The landscape was monotonous and yet seemingly untouched… outside of a huge gravel road driving across the landscape and now rending open these forests and lakes for exploitation as well as transit. While we had heard about the flooding of yet another river in Labrador in order to build yet another hydroelectric dam, we did not yet see evidence of this or any project. We had turned away from the coastline and those forlorn yet beloved communities now attached by highway into a small chain. It was sad but we had to push on. The forests whizzed by… if by whizzed one means at 20-30 KPH since the conditions of the road punished the little Hooptie and often shook us almost out of our seats.

Happy Valley Goose Bay lay ahead and then the interior lands and we could but hope for more adventure there. 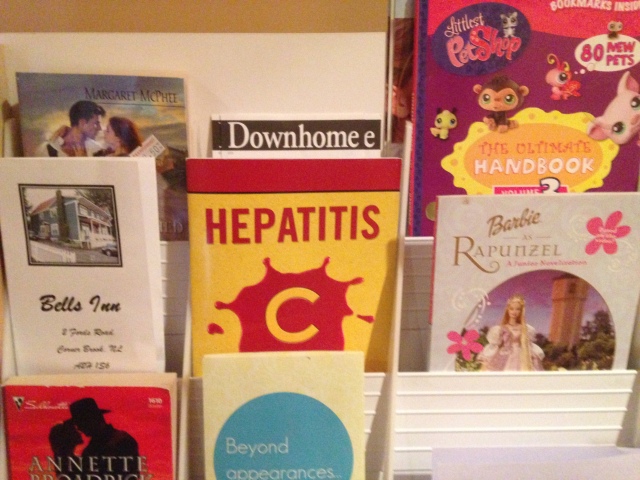